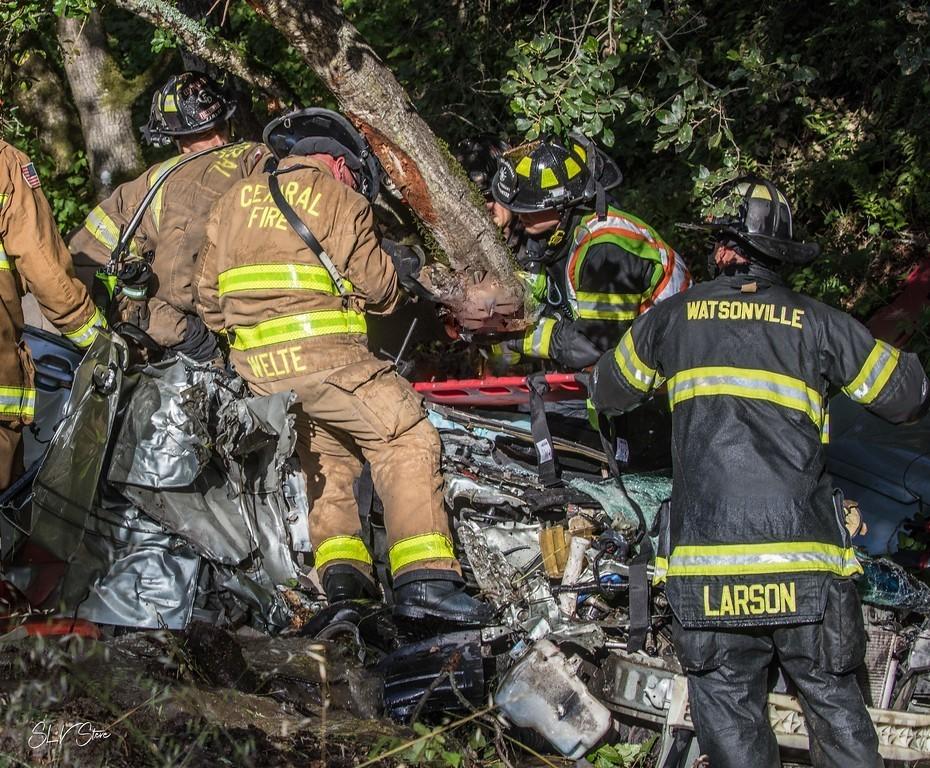 Officers responded at 5:40 p.m. to Hames Road at Hames Hollow where a 2002 Mazda hit a tree, then a fire hydrant and then another tree.

Water from the fire hydrant was landing on the Mazda making it more difficult for emergency responders to extricate the three from it, CHP officials said.

All three were eventually taken by air ambulance to hospitals, according to the CHP. Neither alcohol nor drugs are thought to have played a role in the crash.