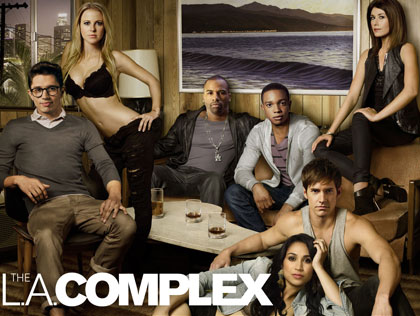 Every day, young people with stars in their eyes get off the bus in Los Angeles in search of fame and fortune. The L.A. Complex centers on a group of aspiring performers pursing stardom in the City of Angels. Living in an apartment-style motel for displace dreamer, they all face the challenges and opportunities of a lifetime. These young hopefuls have become neighbors, friends and the closest thing any of them have to a family.

"We've been psyched about this one for a while, because "The LA Complex" hails from the creators of one of our favorite teen dramas, "Degrassi…. "It may seem like a soapy, light-hearted concept, but fans can expect the series to explore issues like sexuality, drugs, and self harm." -Carina Adly MacKenzie  from blog.zap2it.com

We agree, we think it's going to be great. Don't miss this all new summer series on The CW!

Did you watch the Premiere?
Let us know what you think, below...

(Copyright 2012 by CW Bay Area | CBS San Francisco. All Rights Reserved. This material may not be published, broadcast, rewritten, or redistributed.)