The San Francisco Municipal Transit Agency said there was switch problem on the line. The agency sent out an alert saying, "SF Muni is experiencing heavy subway congestion. Please check SFMTA.com for status and alternatives. Thank you. Expect delays and use alternate routes."

There was no word about what the issue is with the trains or when they would return to a normal schedule. 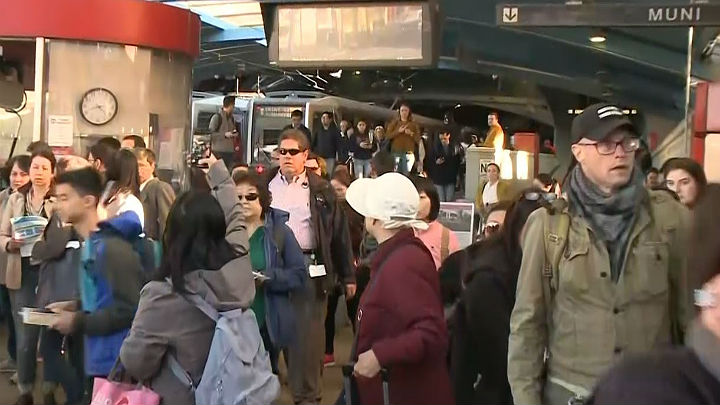 "We don't have idea about what's going on," said Raj Deeb as he stood among a crowd of about 35 people awaiting Uber or Lyfts to take them to their downtown offices.

There was no word on how long his normal trip would take. "Usually it's 40 minutes door-to door-but today I have no idea," said Deeb.

With surge pricing, Deeb said Uber was charging $77 to get a ride to downtown from West Portal. Muni officials also brought in buses to help relieve some of the congestion.

"It's really expensive," he said. "I have no other option."

"This is par for the course," said Burton. "It's Muni. There's nothing you can do. I don't have any meetings today."