OAKLAND (CBS SF) -- Up to a million people will likely flood into downtown Oakland for the Golden State Warriors victory parade Tuesday and celebrants should expect traffic and delays all day, city officials said. 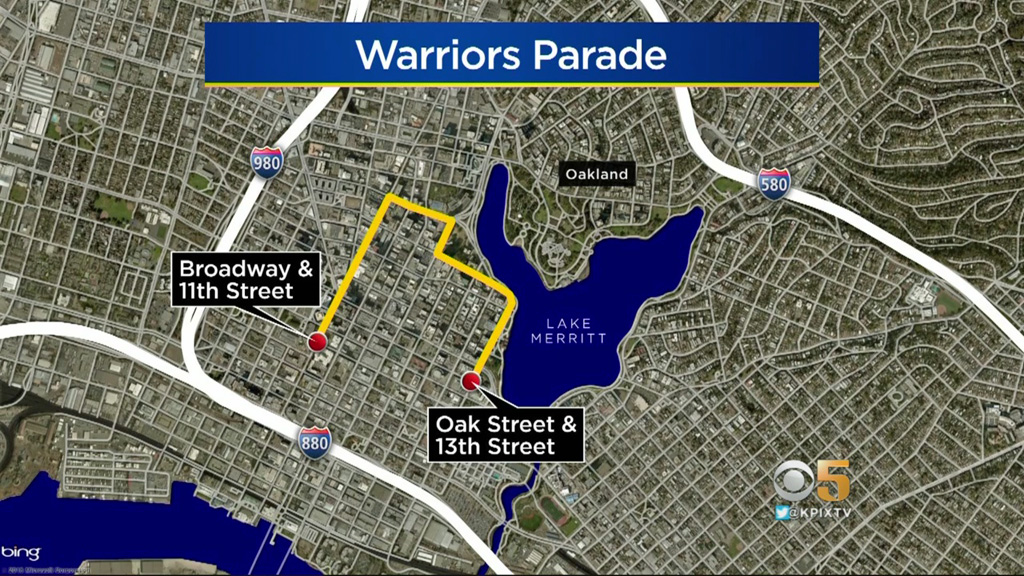 Street closures and no-parking zones are expected to make driving in downtown Oakland difficult starting early Tuesday. Fans are urged to take public transportation, because parking will be limited and will fill up very early, according to city officials.

To get to the celebration, those riding BART should get off at the 12th or 19th Street stations, transit officials said. Those who don't own a Clipper card are encouraged to buy one a day or two early to avoid lines at ticket machines.

BART parking lots will be packed, according to transit officials, so fans should either take the bus, walk or get dropped off at the station when beginning their trip to downtown Oakland.

© Copyright 2018 CBS Broadcasting Inc. All Rights Reserved. This material may not be published, broadcast, rewritten, or redistributed. Bay City News contributed to this report