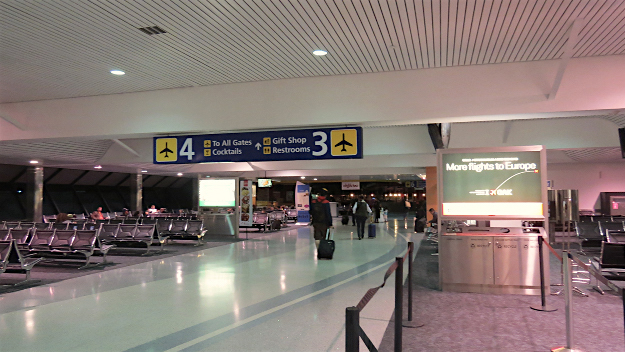 Everyone who travels by airplane wants to get the best price possible. But is there really a best day of the week to buy tickets that's cheaper than other days? How far in advance should you make that purchase? By reading through these following money-saving tips, there is an excellent chance you'll save money the next time you purchase plane tickets online.

When To Buy Plane Tickets

There's been a lot of discussion amongst travel journalists and industry analysts over how far in advance a consumer should purchase a plane ticket. In previous years, the conventional wisdom was to book up to two months in advance, but no less than 25 days prior to the departure. However, by citing two separate studies conducted earlier this year by CheapAir and Expedia, recommendations are more precise than ever.

After compiling data from 1.5 billion airfares spread across nearly five million trips, CheapAir concluded that the best time to book a domestic flight is 47 days in advance. For international flights, CheapAir's findings were quite different, ranging from 96 days for Latin America to a whopping 318 days in advance for trips to Asia.

While Expedia is poised to release a new set of figures very soon, the most recent data compiled in a joint effort with Airlines Reporting Corporation came up with different conclusions, though not dramatically so. Expedia's findings suggest consumers should purchase their domestic airline tickets 57 days in advance and 171 days in advance for international flights.

The exceptions to both CheapAir's and Expedia's conclusions are during peak times of the year for air travel, such as during the holidays, spring break and the summer months. With those exceptions, tickets should be purchased further in advance. For instance, consumers should purchase plane tickets for holiday travel in late September to early October, while better prices for spring break air travel can be found during the holidays.

What Day To Buy Plane Tickets

As with the question of how far in advance tickets should be purchased, travel experts offer differing opinions on the best day to make that purchase. However, the long-standing consensus appears to revolve around just two days — Tuesday and Wednesday. Some will insist the best day and time to purchase airfare is on Tuesdays at 3 p.m. E.S.T., while others will say it's precisely at midnight on Tuesday mornings. Expedia's most recent findings suggest Tuesday is still the best day to purchase airfare, with Wednesday and Thursday following closely behind. However, AirfareWatchdog says it's impossible to predict exactly what day is best to purchase plane tickets.

So should consumers still expect the to find the best airfare deals on Tuesdays, the day after airlines traditionally announce new fares? Conventional wisdom says yes, but with a caveat to utilize all of the other tips offered here.

If this all seems too confusing, consumers can still increase their chances of getting a great deal on airfare by signing up for one or more airfare price alerts. Found on several online travel sites, a price alert is a tool that allows consumers to keep track of flights for price changes. When a desirable price is available, a price alert in the form of an email or text message is sent to the consumer, who can purchase airfare at a better rate than previously advertised. There is no general consensus which site has the best price alert system, but among the leading candidates are Airfarewatchdog, UK-based Skyscanner, Hopper, Farecompare and Yapta. But the list of reliable sites doesn't end there, since major online travel sites like Expedia, Travelocity and Priceline all feature price or fare alerts, in addition to some major airlines like Southwest and American Airlines.

Travel During The Cheapest Time

It's difficult to look forward to a redeye flight, but when taken into consideration of the cost savings, it may well be worth the sacrifice. But purchasing an overnight flight is just one way to save money. In fact, lower cost fares may also be found by booking an early morning flight, as Farecompare suggests, around dinner time. Additionally, there's a widespread agreement amongst travel professionals and industry analysts that the cheapest days to fly are on Tuesdays and Wednesdays. It's possible to find bargains on Thursdays and Saturdays, but the most expensive days to fly are typically Fridays and Saturdays.

While this last tip might seem redundant, it's no less important than the rest. The use of travel search engines is another aspect of the travel industry that has increased broadly in popularity. Also known as fare aggregators, travel sites like Kayak, Hipmunk, Skyscanner and even Trip Advisor feature software that searches for the best price from hundreds of travel sites. But a search result from Kayak might be different from Hipmunk, and a result might be different from Skyscanner vs. Trip Advisor and so on. By comparing prices from one or more other travel sites, the consumer can find the very best price for a desired flight.