SAN FRANCISCO (CBS SF) -- For the first time since 2019, thousands were expected to gather along San Francisco's waterfront Sunday evening for a July 4th fireworks show, but Mother Nature will play a major role in just how well the crowd will be able to see the colorful display.

A thick marine layer was forecasted to begin flowing through the Golden Gate Bridge around sunset just as it has the last few days.

After clear skies during the middle of the day, the fog bank will roll in and be rather thick with several layers. The lower ceiling of the bank likely will hover around 900 to 1,000 feet -- about the height of a Golden Gate Bridge tower.

"By 9 p.m., the marine layer will be covering much of the sky for the entire city and into the East Bay," KPIX 5 meteorologist Darren Peck predicted. "Question is how low will the ceiling be? That's still an open question. We should still plan on the clouds playing a significant role in the fireworks." 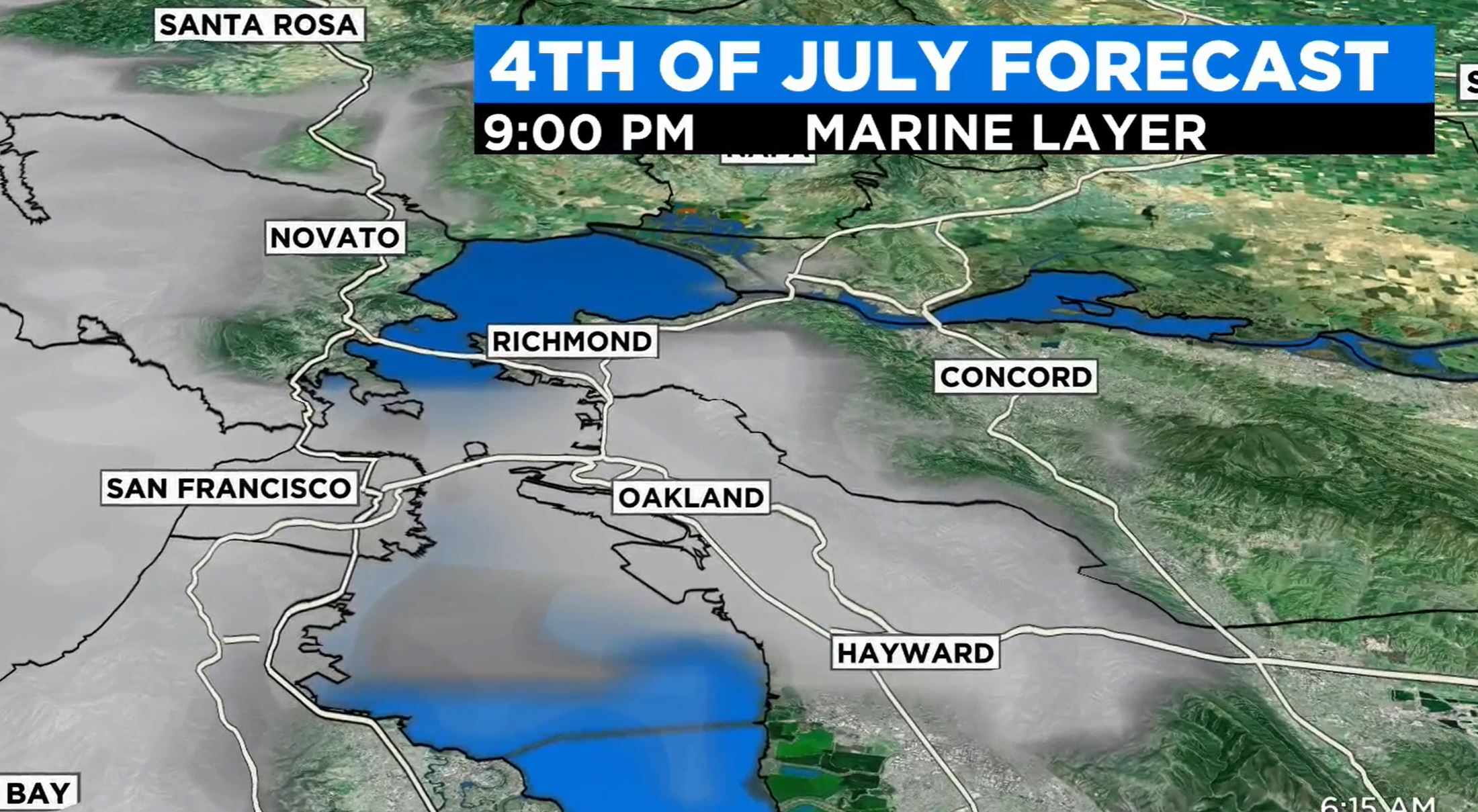 If you want to catch a fireworks show elsewhere in the San Francisco Bay Area, here's a list to check out.