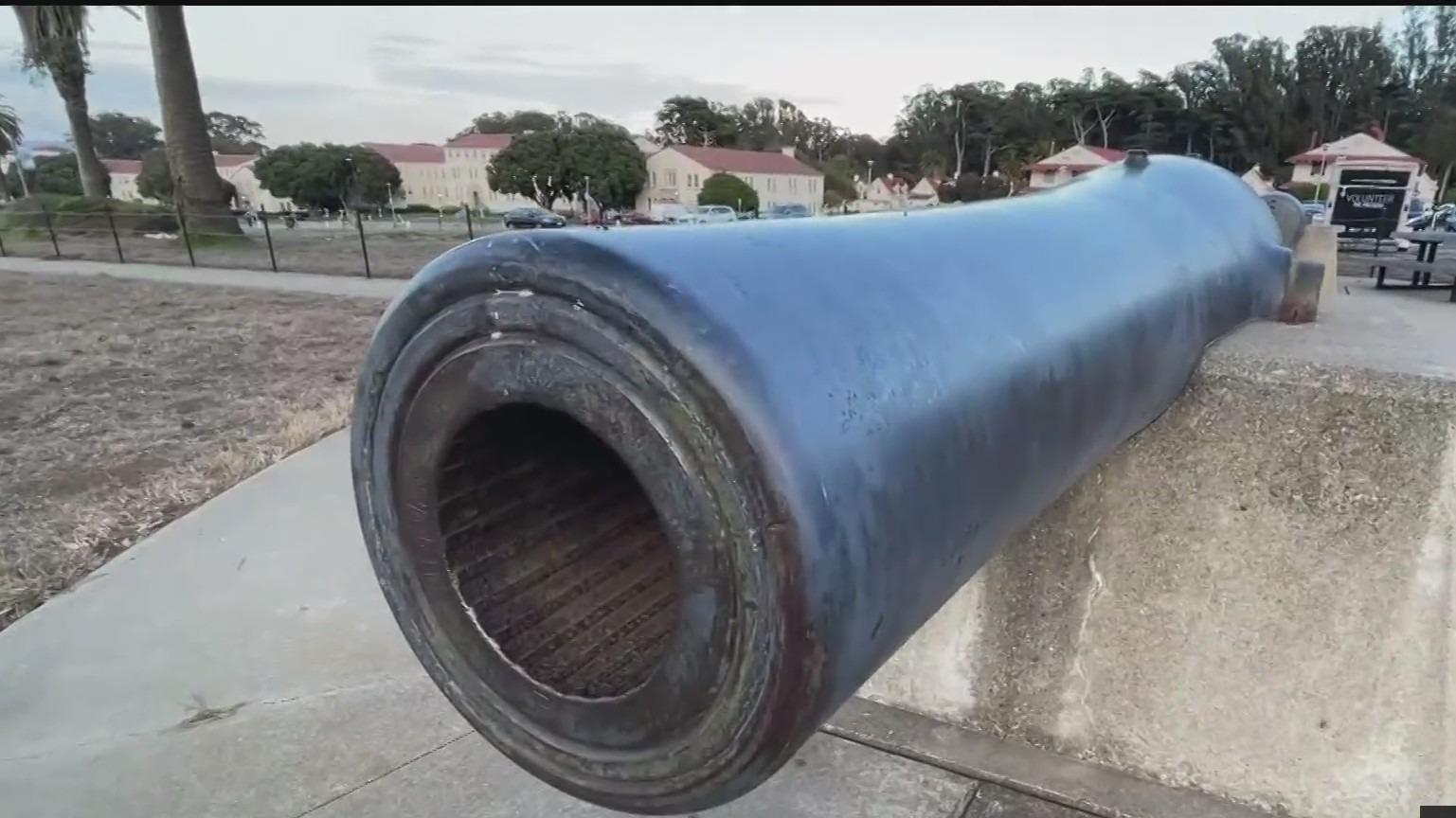 SAN FRANCISCO (KPIX) -- When Admiral "Bull" Halsey made a triumphant return under the Golden Gate Bridge after World War II, it was perhaps the most climactic Fleet Week in history. But the history of the military in the Bay Area started long before that, when the Spanish accidently wandered into the bay and instantly realized its value.

In 1776, it was decided to establish a permanent Army post there. They called it "El Presidio de San Francisco."

Historian John A. Martini says, with the mile-wide Golden Gate being the only opening to the Bay, it made for a perfect military situation.

The territory passed from Spain to Mexico to the United States but in 1849, everything changed. Gold was discovered.

"That explosion in economics and people brought by gold, that's what led the US government to say, we've got to defend this," says Martini.

So, they began building forts – a lot of them – and the Presidio was expanded. By the Civil War, Fort Point, at what is now the western end of the bridge, was a large brick fortress bristling with cannons and the battery on Alcatraz could hit any ships trying to reach the City.

"The Bay was well guarded by all of this heavy artillery," says Dr. Robert Cherny, Professor Emeritus of History at San Francisco State University, "but much of it became obsolete fairly quickly."

So, the cannons got bigger, although they were never actually used. Then, in 1941, there was an event that rocked the country and the world. With the attack on Pearl Harbor, America was suddenly in a world war and the Bay Area became the most important spot on the West Coast.

Overnight, small towns like Richmond, Alameda and Vallejo boomed with the war effort as tens of thousands of people arrived to build, outfit and repair ships. Then there was Mare Island. It became an invaluable location for repairing and resupplying ships fighting in the Pacific Theatre, but it was in constant fear of attack. The old bomb shelters still exist along Railroad Avenue. But Mare Island also holds the distinction of being the oldest navy base in the West, established in 1853 to help protect the gold trade.

"This was the beginning of the Navy's history in the Bay Area," says Dennis Kelly, VP of the Mare Island Historic Park Foundation, "and it continued all the way through until the Navy departed in the late 1990s."

The World War was eventually won, only to be followed by other conflicts, including Vietnam. But that war turned public sentiment against the military, and, with the development of more modern defense systems, the old bases began shutting down. Today, those spaces exist mainly as museums, like the one aboard the USS Hornet in Alameda, where the rows of vintage aircraft offer tangible reminders of days gone by.

"This place will take from WWII up through Vietnam," says docent Don Tabb, "and let you look at, feel, and get engaged with history."

There are a lot of places throughout the Bay Area where you can do just that and engage with a military history that transformed the world inside the Golden Gate.

This is the first in a series of Fleet Week stories