OAKLAND (CBS SF) - Fantasy baseball fans know full well the Bay Area is not place to go shopping for first round picks. In fact, Yahoo and ESPN don't think there is a player worth drafting before pick 35.

But the Bay Area is home to a lot of reliable talent that should go in the middle rounds, but could be snapped up inexcusably early if you are playing in a league full of homer Giants and A's fans. So who should you target if you miss out on Buster Posey, Hunter Pence, Madison Bumgarner, Matt Cain, Josh Donaldson or Yoenis Cespedes? There are several intriguing players worth taking a late round pick on in standard leagues. Here are our thoughts:

Sonny Gray- A's
This young righty - born less than a month after the Bay Bridge earthquake series - became an instant fan favorite with his boyish looks and pencil thin mustache last year. His numbers didn't hurt either. He threw out a 2.67 ERA over 12 games with a solid 1.11 WHIP. Those numbers will likely prove hard to repeat this season, especially with the added pressure of pitching as the opening day starter, but with an average draft position of 167 in ESPN drafts, it's probably worth the risk of taking him in the middle to late rounds. 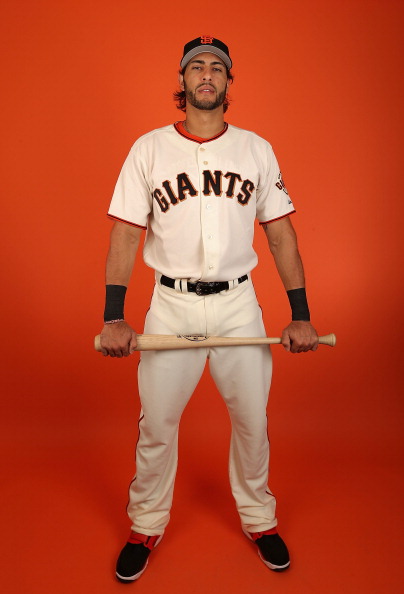 Michael Morse - Giants
He's the absolute last name on ESPN's "cheat sheet" of the top 300 players and misses the Yahoo top 250 completely. So why bother wasting your last pick on a guy who hit a whopping .215 between two AL teams last year? Thump. The guy is just two years removed from a 2011 campaign where he hit .303 with 31 homers. The arrow on his productivity has been pointing straight down since then, but it may be worth your last pick to see if Brian Sabean has dug up the second coming of Aubrey Huff.

Dan Straily - A's
You may have noticed that the A's (and their spacious ballpark) have a history of surfacing fantasy-relevant pitchers. With A.J. Griffin and Jarrod Parker dealing with elbow trouble, Straily looks like the next best bet to make his mark this year. He posted a sub .400 ERA and over 150 strikeouts in his freshman campaign. Anything better than that this year would make his average draft position above the 200th pick a real bargain.

Coco Crisp - A's
Every year this guy is sitting on your waiver wire three weeks into the season. Then somebody picks him up and rides his stolen base prowess right past you in the standings. He's getting older, and the steals were down a bit last year, but if he can repeat the 21 homers he had in 2013 he's and absolute gem at an average draft position of 155.

Tim Lincecum - Giants's
Ok, we aren't asking A's fans to jump on board with this one. Timmy's numbers have been Zitoesque the last couple of campaigns. His .417 ERA last year was a big improvement over 2012, ouch. But part of every Giants fan quietly believes that the 29-year-old will find a way back to pitching half as well as he did during his Cy Young seasons. We're not asking him to lead the league in strikeouts again, just get a respectable ERA -in the threes - and notch a dozen or more wins. Freakier things have happened, and if your alternatives with the 210th pick are Ivan Nova and Dan Uggla, put your faith in "the Franchise."