SAN JOSE (CBS SF) -- A man having a mental health issue and holding a suspected explosive device was in a standoff with police in a San Jose neighborhood Thursday afternoon before he was arrested safely.

San Jose police said a despondent adult male was holding the possible explosive and negotiators were at the scene engaging the man in dialogue.

Police said the man was separated from the device and taken safely into custody. A bomb unit officer took custody of the device, but it was not immediately known if it was an explosive. 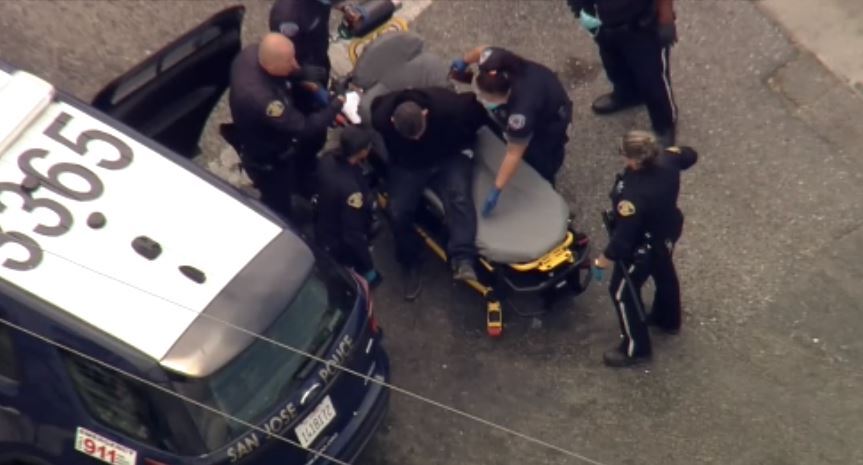 During the standoff, evacuations were ordered in the immediate area and Story Road was closed in both directions between Highway 101 and Via Ferrari.

Police later said that the incident began when officers were conducting an investigation regarding a stolen recreational vehicle. They approached the RV and the suspect exited the vehicle holding a hand grenade and made statements about wanting police to shoot him.

Police said the suspect ran into a nearby industrial complex with the device.

Police established a perimeter and conducted evacuations of nearby buildings in addition to closing nearby roads.

After a search, officers located the suspect within the complex. Negotiators spent over an hour talking with him, eventually reaching a peaceful resolution.

Story Road was reopened at around 2 p.m.