FREMONT (CBS SF) -- The murder of two Fremont cousins who were killed walking home from a late night visit to a 7-Eleven in 1982 has been solved using the latest advances in DNA technology, authorities announced Tuesday.

Fremont police said Clifton Hudspeth, who is now deceased, murdered 16-year-old Mary Jane Malatag and 16-year-old Jeffrey Flores Atup. Hudspeth had lived in the area at the time of the double murder and was confirmed as the suspect through the exhumation of his remains. 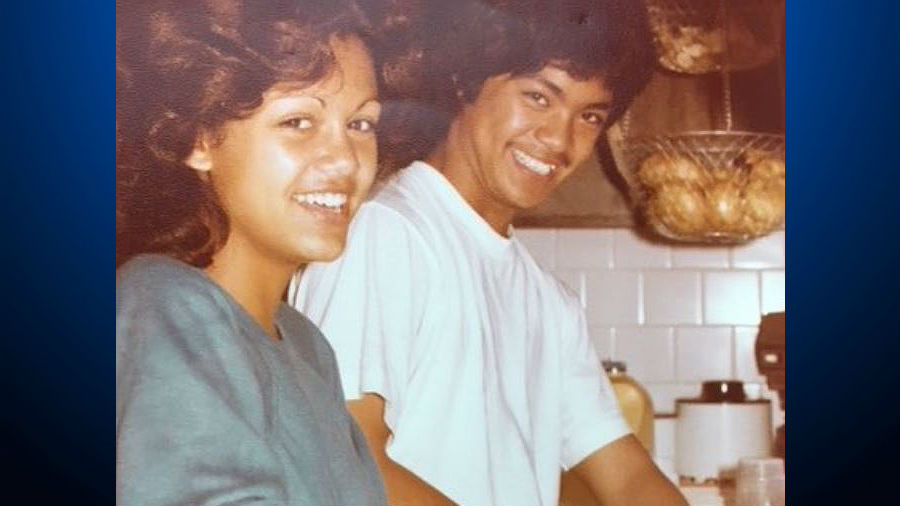 The victims families took to social media Tuesday to react to the announcement.

"We are a family that has been grieving for almost 37 years," the family statement on Twitter read. "We are attempting to put our lives back together as we re-mourn the loss of our beloved Jeffery Atup and Mary Jane Malatag...Our family over the years had lost hope in believing that we would ever have justice in knowing, who did this and as to what had happened to them."

The case began early on the morning of Dec. 20, 1982 with a 911 call to Fremont police reporting a body located near the intersection of Green Valley Rd and Scott Creek Rd.

When officers arrived, they located Atup's body. It was immediately apparent based on visible injuries he was the victim of a homicide. While investigators were on the scene, they received another call of a person down near the intersection of Hunter Rd and Mission Blvd.

Officers responded and found Malatag's body. She also was determined to be a homicide victim. The two victims were identified as being cousins.

Investigators were able to piece together a time line of the teens' final hours.

Atup worked at the Serra Theaters in Milpitas and Malatag was at the movie theater with some friends, awaiting Atup to get off work. Once Atup closed up the theater, they walked to a local 7-Eleven store off of N. Abel Road and purchased some food with Malatag's friend.

When they left, Malatag and Atup were last seen walking northbound on N. Abel Rd at approximately 12:35 a.m. It was believed they were walking to the Atup family home on Horcajo St. in Milpitas.

After an extensive investigation, the case went cold. In 1999, while DNA was becoming more prevalent in investigating crimes, Fremont police detectives began to look at the case again.

They located key DNA evidence which was uploaded into the state and national DNA databases in an attempt to find a match to the known offender. Unfortunately, there was no match.

In 2018, cold case homicide detective Jacob Blass took a renewed look at the case. He determined additional information was available that needed to be reviewed and it was processed using new DNA technology.

The same technology was used to recently identify Joseph DeAngelo as the suspect in the Golden State Killer case. The technology had also assisted Fremont police in January in the identification and arrest of suspect Russell Guerrero, for the 1990 cold case homicide of Jack Upton.

Detectives conducted an extensive follow-up into the possible familial line of a potential suspect and came back as a match for Hudspeth, who had a history of violence including bank robberies, sexual assaults and attempted homicide.

On December 19, 1982, at about the time Malatag and Atup were walking home, sources were able to confirm to police that Hudspeth was in the area. His residence was a four-minute drive from where Atup's body was located.

Once Hudspeth was identified as a potential suspect, it was discovered he had died in October 1999 at age 48 as the result of a medical condition.

To confirm Hudspeth's involvement, a search warrant was authored and approved to exhume Hudspeth's remains interred at a cemetery in Santa Clara. DNA evidence was extracted from his remains and through testing, he was confirmed as the suspect in the murders.

Detectives said they believe that Hudspeth acted alone and was the only suspect. A motive for the murders was not available at this time.

Investigators believe Hudspeth may have been involved in other crimes in and around the time of these murders. He was known to be in Arkansas and San Diego in the months preceding.

Anyone with information about this incident is asked to please call the Fremont Police Department's Cold Case Homicide Detective, Jacob Blass at 510-790-6963 or send an anonymous tip by texting TIP FREMONTPD followed by your message to 888-777, or via the web at https://local.nixle.com/tip/alert/6216337.