DALY CITY (CBS SF) -- A suspect who allegedly stabbed two men, including an off-duty San Francisco police officer, as he attempted to carjack a vehicle at a South San Francisco gas station early Sunday was killed after a wild pursuit in a stolen police car ended in a fatal officer-involved shooting, authorities said.

South San Francisco police said the incident began around 5:30 a.m. at Chevron station at 110 Hickey Blvd. Investigators have since determined the suspect had attempted to carjack vehicles from two different victims, stabbing one of his victims with a knife at the station.

An off-duty police officer from the San Francisco police department, who witnessed the attack, attempted to intervene and was also stabbed. The off-duty officer, who was armed, shot the suspect in self-defense. 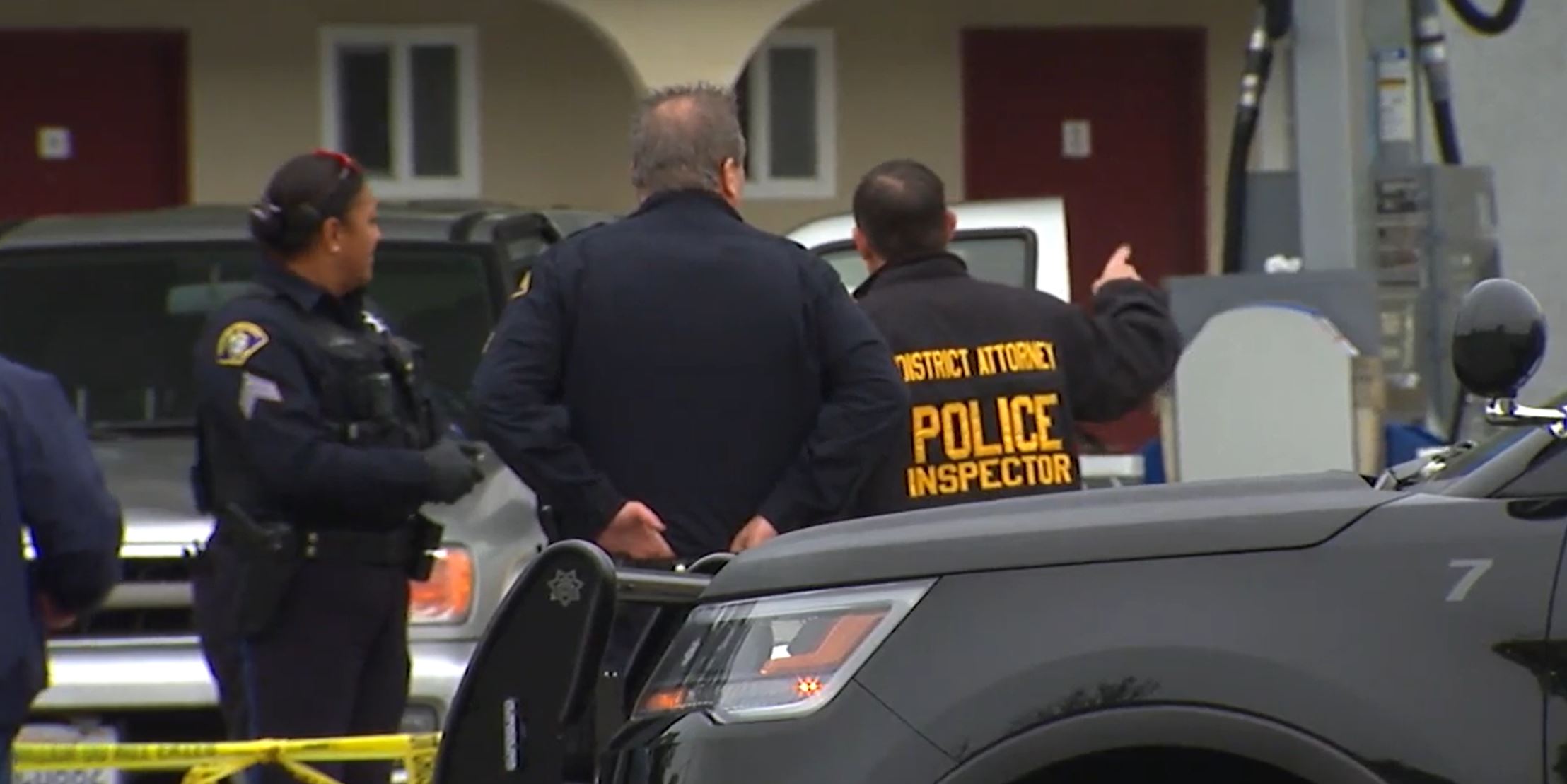 Arriving South San Francisco officers attempted to take the suspect into custody but he continued to fight despite being wounded.

Attempts to apprehend him using Tasers were unsuccessful and the suspect was able to gain access to one of the responding officer's patrol cars and flee the scene.

A pursuit ensued and the suspect was chased to the Kaiser Permanente medical facility on Hickey Boulevard in Daly City, where he attempted to drive through the gates into the parking garage.

Authorities said the suspect then rammed a pursuing police vehicle before exiting the stolen vehicle. He confronted officers with a knife and refused to comply with multiple commands to surrender. The officers were forced to shoot the suspect and he was declared dead at the scene.

Both the victim of the carjacking and the off-duty San Francisco officer were transported to local hospitals for treatment of their injuries and are expected to recover. No South San Francisco police officers were injured during the incident.