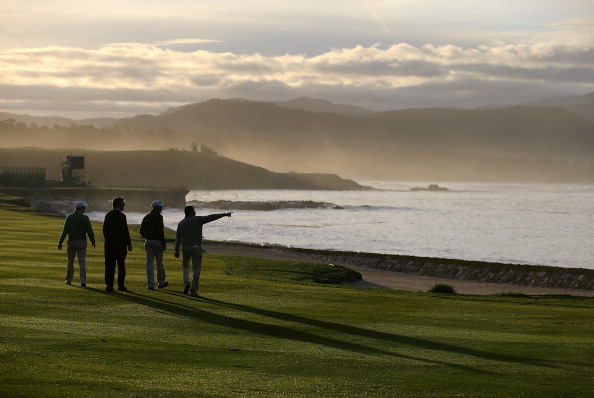 Not far from the heart of Silicon Valley, Cinnabar Hills Golf Club is the top-rated club with public access in San Jose. Amid rolling hills and hundreds of oak trees within scenic Coyote Valley, the club features three championship-caliber, nine-hole courses – Canyon, Lake and Mountain. Cinnabar Hills is the course of choice from several South Bay organizations, including Santa Clara University, San Jose State University Athletics, Adobe Systems and the San Jose Sharks. The golf club offers Twilight Specials, with free green fees to juniors ages 17 and under when accompanied by a paid player and Early Bird Specials on weekdays.

The Half Moon Bay Golf Links is an award-winning golf course on the property of one of the top luxury hotels in the Bay Area – the Ritz-Carlton, Half Moon Bay. Featuring two championship 18-hole courses and breathtaking views of the Pacific Coast, the resort has received numerous honors over the years, such as America's Golf Resort of the Year for 2014 by the Global Golf Tourism Organization and listed as one of the World's Best Golf Resorts by Travel+Leisure. The Old Course, designed by Francis Duane and golf legend Arnold Palmer, is a par-72 course totaling 7,090 yards from the championship tee. The equally acclaimed par-72, 6,712-yard Ocean Course was designed by Arthur Hills, the famed architect whose resume includes Michigan's Bay Harbor and the Country Club at Mirasol and LPGA International in Florida. Members of the public may book reservations online for either golf course, with rates under $200.

One of a handful of North Bay golf courses honored with 4.5 stars by Golf Digest, Hiddenbrooke Golf Club is another championship golf course designed by Arnold Palmer. Located near the gateway to the world renowned Napa Valley above the City of Vallejo, the golf course has been ranked amongst the top 10 public golf courses by the Golf World Readers' Choice Awards. The par-72, 6,782-yard course features lush greens and fairways, in addition to varying degrees of elevation changes. Each hole on the course offers at least five sets of tees. Hiddenbrooke Golf Club has also been ranked in the nation's top five for service and value.

Nestled within the hills just above the coastal community of Santa Cruz, Pasatiempo Golf Club is ranked among the nation's top public golf courses. First opened in 1929, the 18-hole course was designed by the renowned golf architect Alister MacKenzie, the designer of three of the world's most famous golf courses - Augusta National, Royal Melbourne and Cypress Point. Although the club is semi-private, members of the public can book regular (up to seven days in advance) or priority (up to 365 days in advance) reservations. The par-72, 6,500-yard championship course has hosted the 1986 U.S. Women's Amateur Championships and the 2004 USGA Senior Women's Amateur Championship and has hosted the Western Intercollegiate Tournament for the past 65 years.

Widely considered the top public golf course in San Francisco, TPC Harding Park is an ideal alternative to its more exclusive neighbor along Lake Merced, the Olympic Club. Owned by the City of Francisco and managed by the PGA, TPC Harding Park offers the 18-hole Harding Park course and the nine-hole Fleming 9. Established in 1925, the original course layout was designed by Willie Watson and Sam Whiting, who also worked together in designing the course at the Olympic Club, the oldest athletic club in the country. The 18-hole Harding Park course has hosted a number of PGA events, such as the 1937 U.S. Amateur Public Links Championship, the 2005 WGC-American Express Championship, 2009 President's Cup and the season-ending Charles Schwab Championship from 2010 to 2012. San Francisco residents and Bay Area counties residents are eligible for reduced rates.

Related: Five Reasons To Visit San Francisco This Summer
Randy Yagi is a freelance writer covering all things San Francisco. In 2012, he was awarded a Media Fellowship from Stanford University. His work can be found on Examiner.com Examiner.com.