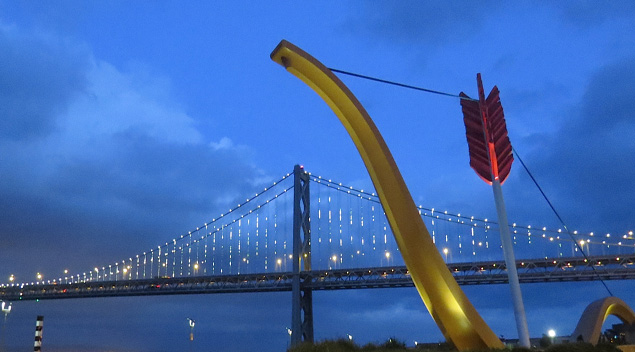 Are you thinking of heading to San Francisco for the Fourth of July fireworks display? If so, there are a few things you should do in order to enjoy the pyrotechnics extravaganza that takes place along the city's scenic waterfront. Because Independence Day falls on a Saturday this year, it's quite possible the City by the Bay may have record crowds watching the show. Therefore, the best way to move about the city on July 4 is with public transportation. And if you haven't yet decided upon where to go, here are five of the best places in San Francisco to watch the fireworks.

Visitors who'd rather avoid the crowds at Fisherman's Wharf might want to consider this park just south of the Ferry Building. While the Ferry Building is another great spot and very close to public transportation, Rincon Park is just minutes away and yields spectacular views that are on par with anywhere else along the Embarcadero. What's more, there are many outstanding bayside restaurants nearby, such as Boulevard, Chaya San Francisco, Epic Roasthouse and Cup. Rincon Park, with the San Francisco-Oakland Bay Bridge serving as a dramatic backdrop is best known as the home to the enormous steel sculpture known as Cupid's Span.

Fourth of July festivities will begin early at this former military airport field as early birds will vie for the coveted picnic tables and BBQ pits. But Crissy Field will be bustling with activity all day long, graced with family gatherings and seemingly even mixtures of walkers, runners and cyclists. Not everyone will stay to watch the expected spectacular sunset beyond the Golden Gate Bridge but crowds are expected to grow even larger when the fireworks show draws near. Although parking will be at a premium all day long, there may be additional spaces available at the Presidio of San Francisco, but motorists must be mindful of parking in the outlying neighborhoods.

The largest crowds are expected to watch the fireworks between Fisherman's Wharf and Pier 39. Nevertheless, with an efficient public trolley to and from downtown, these sections along the San Francisco waterfront will be great spots to help celebrate Independence Day. Official festivities begin at noon at Pier 39 with a performance by the young trio of rockers known as WJM, followed by the local 80s cover band, Tainted Love later in the day. Other, yet to be announced events are expected to be held around Fisherman's Wharf, particularly at Aquatic Park. Visitors may still have the option to purchase tickets to watch the fireworks from a ferryboat or sailboat but availability may be limited. Bayside restaurants in the area like Boudin at the Wharf, Castagnola's, the Franciscan Crab Restaurant, Fog Harbor Fish House, the Crab House at Pier 39 and Greens Restaurant in Fort Mason are also great spots to watch the fireworks display while enjoying a sumptuous meal.

This man-made island created for the 1939 Golden Gate International Exposition, will undoubtedly be a very popular spot to enjoy the fireworks. With breathtaking views of Alcatraz Island and the San Francisco skyline, thousands of spectators are expended to descend upon Treasure Island. However, the recommendation is to get there as early as possible in order to avoid expected delays on the Bay Bridge. The problem is exacerbated by the fact there is only exit off the Bay Bridge and Highway 80. One alternative is to take public transportation with San Francisco Muni's bus route 25-Treasure Island. with service originating from the Transbay Temporary Terminal on Howard Street. Those with access to a boat can take great advantage of the Treasure Island Marina, providing space is available. 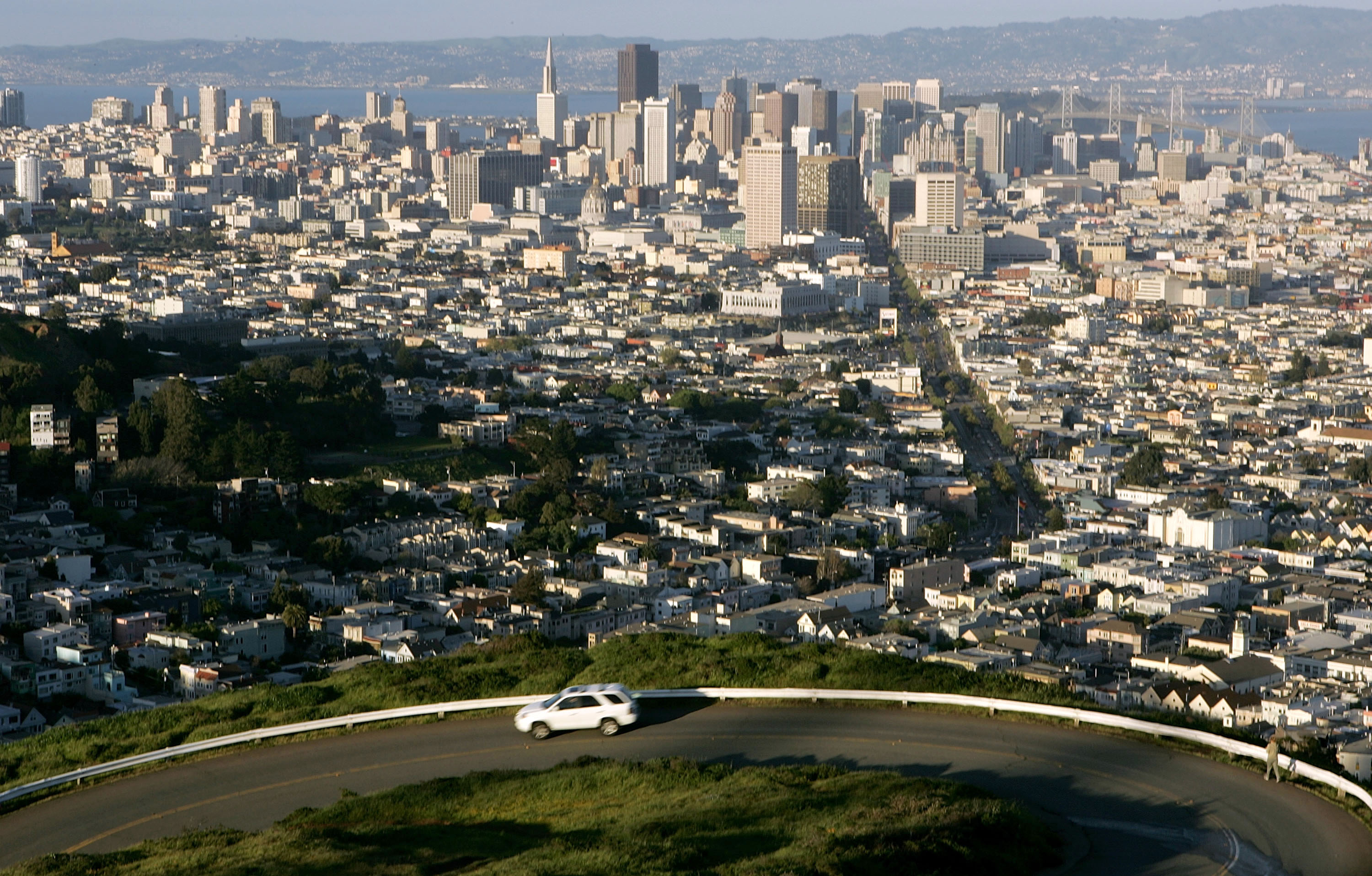 Twin Peaks offers a completely different vantage point to watch the pyrotechnic show and far away from the expected crowds along the waterfront. At 922 feet, it's not the highest peak in San Francisco and parking will be extremely limited on the Fourth of July. But many visitors consider this spot as the best spot for panoramic views and not just for Independence Day. Those hoping to enjoy the fireworks show from the highest peak must travel to Mount Davidson, not far from Twin Peaks. But past visitors say the view is obstructed. A better spot might be at Bernal Heights, just south of the Mission District.

Related: 5 Bay Area Hotels With Mind-Blowing Views
Randy Yagi is a freelance writer covering all things San Francisco. In 2012, he was awarded a Media Fellowship from Stanford University. His work can be found on Examiner.com Examiner.com.