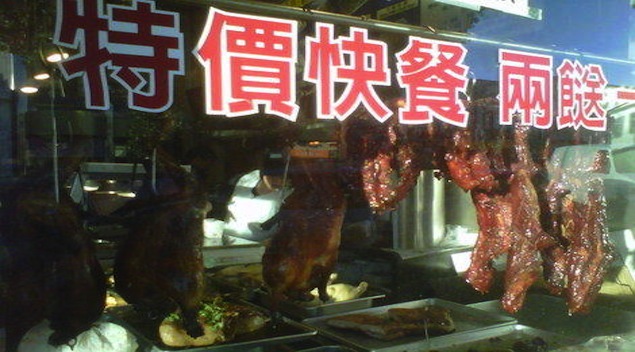 How plugged in can you be? These independent online news sites are among the best that Bay Area communities have to offer to a digitally savvy audience. Hats off to the hyper-local, enterprising, inclusive initiatives working and loving life in the wonderful places they call home.

San Franciscans may produce a look of compassion when someone says they live right by the ocean. While the "seemingly sleepy nature of the neighborhood is heightened by our proclivity for fog, we like it a little quieter out here," admits Sarah B., founder of the Richmond District's blog.Aside from the Richmond District's pal, @KarltheFog, consider the merits of coyotes, whales, windmills, dim sum, bison, "The Thinker," sand art and Jog in the Fog. Richmond Blog has been a go-to source since Sarah launched it five years ago, "because I felt like I never knew what was happening in my own neighborhood." She delves into mysteries that can gain international attention: the miniature fairy door appearing in a Golden Gate Park tree and the hanging pole gardens anonymously affixed to parking meters.Thanks to the Richmond Blog, we know what's going on.

Hoodline is our city's newest blog, expanded from Upper and Lower Haight to encompass other neighborhoods, such as Hayes Valley and the Divisadero corridor. Founder Andrew Dudley, a resident of the Lower Haight, and the team are acutely aware of the subtleties this involves. As in the Richmond blog, Hoodline reports of random public art running rampant: swings hanging from trees, images of cosmonauts projected on a building and the still, unexplained sounds of a loud train whistle in the area around the Panhandle, although the nearest train tracks are miles away. You may want to read, "How Did All This Poop Get On This Roof?" from the illustrious archives, or follow reports on the impending opening of Black Sands, a new brewery scheduled to open later this year at the corner of Haight and Pierce, which Andrew says, "folks seem justifiably excited about."

Ch-ch-changes...this news lab began as a project of UC Berkeley's Graduate School of Journalism and became an independent site focused on the ever-evolving Mission District. The local team publishes a job board, nightly music listings, food and fashion news, housing and real estate, startups and tech, happenings in art and updates about BART. Striving for thorough, quality coverage in a diverse community, one afternoon had Mission Local reporters at the scene of a crime as well as in discussion about gluten with a well-known bakery owner. Editor Lydia Chávez likes to walk both the main drags and the small streets of the Mission until her feet ache, recommending that others who do likewise sample Mission-made ice cream en route. Chávez teaches across the bay and publishes content from both "young residents who live in the neighborhood and longtime residents who know it well," and in Spanish, too. Updates are found at SFGate.com in "The Mission Blog."

"When something happens in Berkeley, our readers and contributors are the first to know about it," says co-founder Frances Dinkelspiel. Launched in 2009, the independent Berkeleyside is winner of the Society of Professional Journalists' Northern California Excellence in Journalism Award 2013 for Community Journalism. Covering hard news and soft, plus focusing on film, music, dance, art, nightlife, sports and more, a vibrant Berkeley cultural scene is reflected in the events listings. Hungry for more? Click through to Berkeleyside Nosh, where it dishes about all aspects of the places and people on the notable food and drink front. If you have a burning opinion to share, make your voice heard; get in touch via Opinionator, the op-ed section.

Editor and Publisher Susan Mernit works successfully with a blend of paid professionals and voluntary community contributors to provide in-depth coverage on all things Oakland. Recent journalistic highlights have included a deeper look at Occupy Oakland, the murder of Oscar Grant and the impact of gentrification. Cited as one of the top 50 local digital news sites by the Columbia Journalism Review and winner of the Society of Professional Journalists' Prize for multimedia cultural coverage of Oakland, the non-profit site is a collaborative venture. Sustainability and relevancy stay at the top of the agenda via partnering with Alameda's East Bay Citizen and gaining exposure from KQED and insights from local youth groups for a digitally savvy readership.

The Silicon Valley news site was a startup project by a student team in the Stanford University Digital Media Entrepreneurship course in 2010. Today, it's a working news lab for the Graduate School of Journalism with pickup by SFGate.com and KQED for coverage in San Mateo and Santa Clara counties. As students explore multimedia approaches to storytelling, they incorporate data visualization, graphics, data maps, video and feature writing, delving into local matters and inviting interactive readership initiatives. According to former student and current Managing Editor Vignesh Ramachandran, widely shared recent reports have looked at Olympic Games wannabe table tennis amateurs; sustainability in farming and ranching along the coast; adoption of grass roots etiquette and apps around charging stations for electronic vehicles.

Related: Best San Francisco Twitter Feeds To Follow
Laurie Jo Miller Farr loves walkable cities. A tourism industry professional and transplanted New Yorker by way of half-a-lifetime in London, she's writing about the best of the bay and beyond for Yahoo, USA Today, eHow, and on Examiner.com.