Crews responded to reports of a fire on third and fourth floors of the four-story structure at 1000 Howard Street at around 2:01 p.m.

Once on scene, Baxter said, the 45 firefighters not only had to battle flames and smoke, but quickly turned their attention to rescuing residents.

"On the side of the building which was off Howard Street, there were individuals on the fire escape requesting rescue," he said. "Truck One laddered the building and affected multiple rescues."

Baxter said nine residents suffered non-life-threatening injuries with five of them taken to the hospital. Eight pets were also rescued.

The blaze gutted much of both floors before it was brought under control. Crews were using infrared cameras to search for hot spots during the mop up operation. 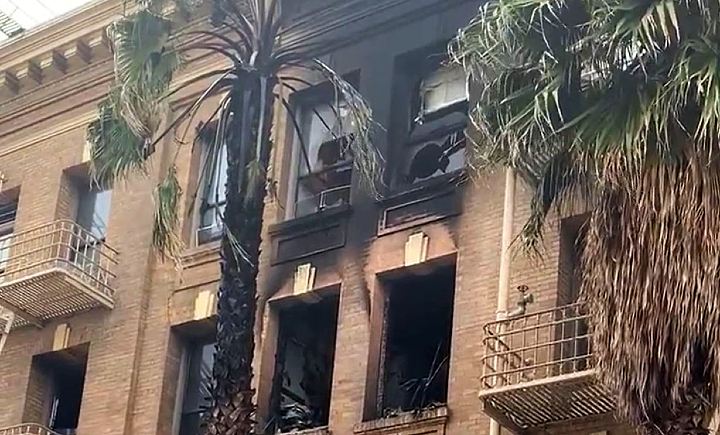 Cause of the fire remained under investigation. 15 units were damaged by the blaze with 21 residents being displaced and cared for by the Red Cross.