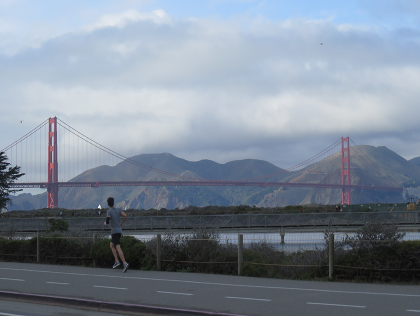 You have guests in town for just one day and you have nothing going on so you plan to take them to visit some of the best sights in the city. How can you maximize their brief stay while taking in some of the world's most famous attractions? Here is a look at of the hottest neighborhoods in the City by the Bay, all within a few miles of each destination.

It's easily the most touristy section of town, but if you've never been to San Francisco, Fisherman's Wharf should among the first places to visit. That's because you can see many of the city's most famous attractions here, like the Golden Gate Bridge, Alcatraz Island, the cable cars and Coit Tower. But don't plan on taking a ferry to Alcatraz Island since the round trip ride and tour of the former notorious federal penitentiary will take up most of your day. Instead, take a walk by the famous crab stands in the heart of Fisherman's Wharf, enjoy the spectacular, wind-swept views of the San Francisco Bay, the street musicians and sea lions at PIER 39. 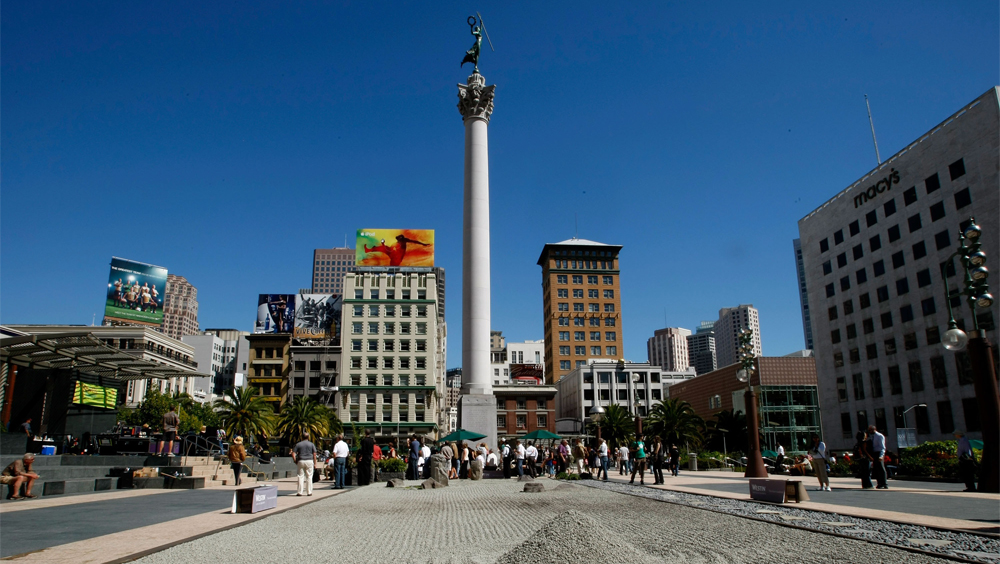 If your guests are staying overnight in San Francisco, it's a good possibility their accommodations are in or near Union Square. Described as the most visited neighborhood in San Francisco, Union Square is the premier shopping district of the city and the location for many of the best hotels, restaurants and its vibrant nightlife. Top attractions include a visit to the landmark Westin St. Francis with optional dining at Bourbon Steak or the Oak Room, the city's theater district, Belden Place - the city's historic French Quarter, the Neiman Marcus store to see the famous City of Paris stained glass ceiling and perhaps a ride on the world famous cable cars to Fisherman's Wharf. Among recommendations for dining are Lefty O'Doul's, the upscale Farallon Restaurant and the Daily Grill to savor one of the Certified Angus Beef house specialties for lunch or dinner.

Related: A Day In Union Square

Just a few blocks from Union Square, San Francisco's Chinatown is the oldest in North America and has the largest Chinese community outside of Asia. Start your tour by entering the famous Gateway Arch on Grant Street, and then proceed along Grant before reaching your first notable attraction – Old St. Mary's Cathedral, established in 1853. After you pass the historic building, you'll notice several family-owned restaurants and souvenir shops lining either side of the street down to Broadway Street and the North Beach neighborhood. But for a better look into daily life in Chinatown, also visit Stockton Street running parallel to Grant, where produce and other goods are sold in open sidewalk markets and especially Portsmouth Square, a thriving community park where locals congregate to socialize or play boardgames on the historic site where the first American flag was raised in San Francisco in 1846. 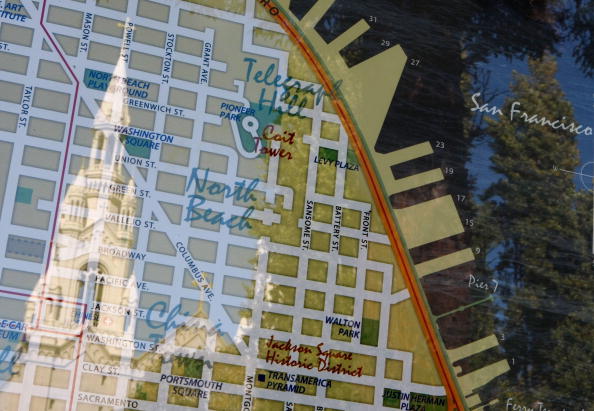 Beyond the northern border of Chinatown, is the North Beach area, known for its sometimes quirky nightlife, an eclectic array of stores and a wealth of outstanding Italian restaurants. A suggested tour of North Beach includes at least one visit to an Italian restaurant such as Sotto Mare for seafood, the historic Original Joe's and Tony's Pizza Napoletana, led by 11-time world pizza champion Tony Gemignani. North Beach is also home to City Lights Bookstore, one of the most famous independent bookstores in the country. Other notable spots to visit include Washington Square Park with its beautiful Saints Peter and Paul's Church, the flatiron building known as Columbus Tower, the Beat Museum and Club Fugazi, home to Beach Blanket Babylon, the longest running musical revue in theatre history.

Due to its proximity to Chinatown and North Beach, the Nob Hill neighborhood can be a great addition to a walking tour of San Francisco. Located on one of San Francisco's 44 hills, Nob Hill was home to stately mansions owned by the Big Four railroad barons who owned the Central Pacific Railroad, part of the first transcontinental railroad in North America. Among them were Leland Stanford, founder of Stanford University and Mark Hopkins, whose name is immortalized on one of the most famous hotels in San Francisco. Only two buildings on Nob Hill survived the Great Earthquake of 1906 and its ensuing fire – the Flood Mansion, now the Pacific Union Club, and the Fairmont Hotel, the site where Tony Bennett first sang the iconic "I Left My Heart in San Francisco." Other prominent structures include the Huntington Hotel, Stanford Court hotel, the admission-free Cable Car Museum and Grace Cathedral.

Related: Best Places To Go With Your Family For The Weekend In San Francisco
Randy Yagi is a freelance writer covering all things San Francisco. In 2012, he was awarded a Media Fellowship from Stanford University. His work can be found on Examiner.com Examiner.com.