SAN FRANCISCO (CBS SF) -- A $10,000 reward has been offered to help find a thief who stole and beat a homeless man's pit bull puppy so badly that veterinarians had to put it down.

"I can't imagine who would do this.  I mean, you have to be totally without feeling," Virginia Donahue, Executive Director of San Francisco Animal Care and Control said.

Veterinarians tried in vain to save Maximillian the puppy, but were forced to put him down.

Maximillian was found abandoned under a freeway near Division Street and South Van Ness Avenue Thursday.

Whoever stole the puppy beat him, burned him with cigarettes, and then chained him to a fence.  Some of his nails, teeth, and paw pads were missing when he was found.

"His kidneys just never recovered from the beating," Donahue said.

Maximillian's owner, was able to be by his dog's side as he took his last breath, but was devastated by the loss. 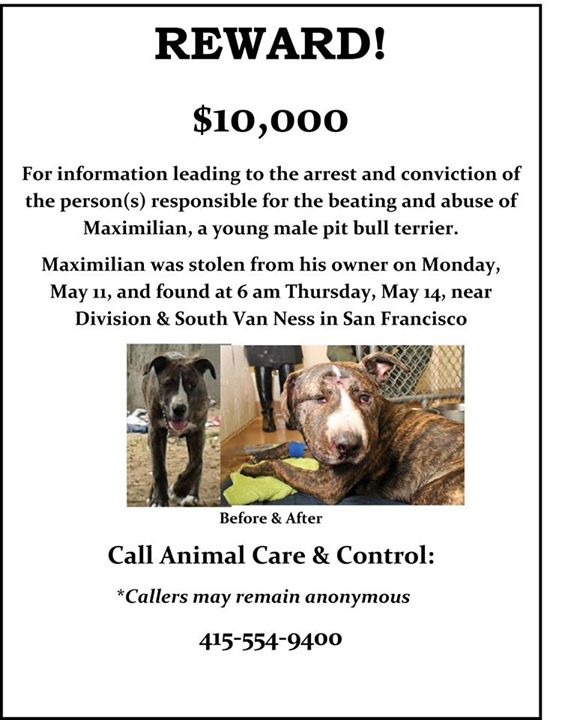