It's late March, the days are getting warmer and the San Francisco Giants are just a couple weeks away from kicking off the regular season.

The Giants added some capable veterans such as Jeff Samardzija, Johnny Cueto and Denard Span to fill the holes left by Tim Lincecum, Ryan Vogelsong and Nori Aoki in the starting positions. Meanwhile, the bench has several question marks.

Bruce Bochy, in recent years, has gone with 13 pitchers and 12 position players on his roster. While having an extra pitcher could be valuable, the Giants have a large number of MLB-ready prospects (such as Kelby Tomlinson, Jarrett Parker and Mac Williamson, to name a few) they may want to give a shot off the bench. The question remains: who does Bochy choose?

With the starting lineup pretty much set, let's take a look at the possible 25-man rosters Bruce Bochy and the coaching staff will decide on: 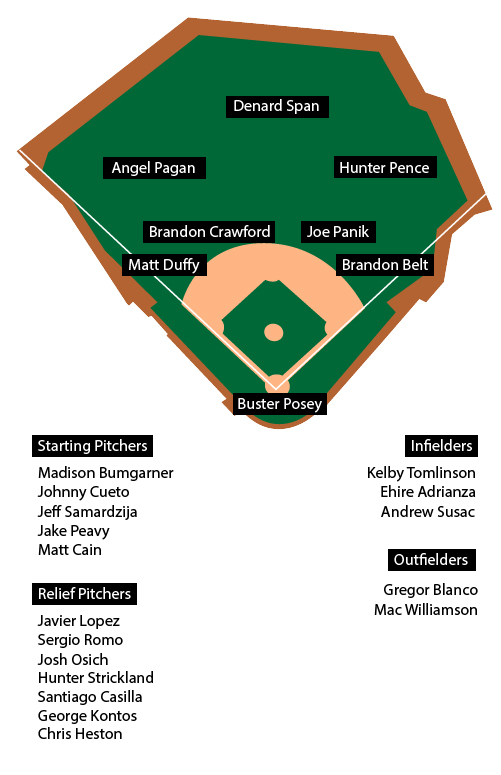 This is pretty much the Bochy-iest lineup I could come up with: 13 pitchers, 12 positional players.

Pay no attention to the starters - they will remain consistent in all scenarios. However, if you take a gander to the bench and relief pitchers, you'll see some familiar faces.

The end of the pen should be what we saw last year, with Casilla closing, Romo setting up the eighth innings, with Lopez being the lefty specialist. Osich is expected to become the "next" Jeremy Affeldt (hopefully without the freak injuries), while Heston will be the spot starter/long reliever. Mike Broadway, who pitched well in Sacramento last season gets a shot in this scenario, but if he has a rough start to the year, don't be surprised to see someone else from the minors take his spot in the bullpen.

Mac Williamson, who has torn up the minors throughout his career, could become that big bat the Giants need off the bench. He has played only 10 games in the big leagues, and has shown glimpses of big league talent in the Spring thus far (four home runs, 11 RBI). Despite him making the team in this scenario, much like Broadway, he has other prospects ready to take his spot if he falters. 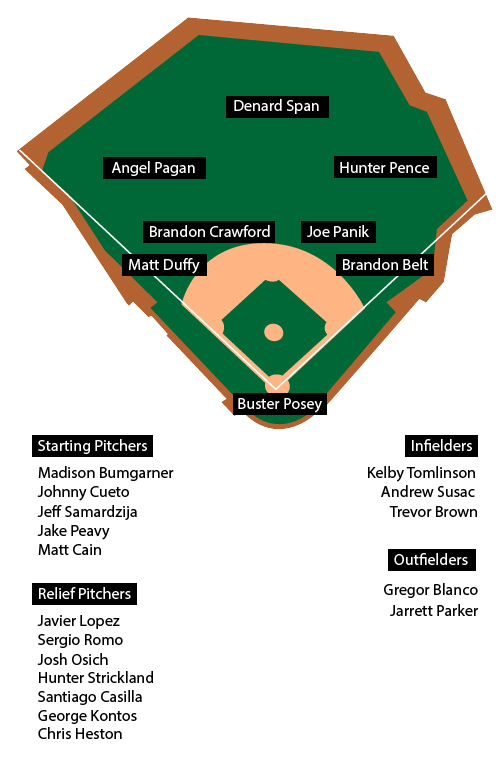 For this scenario, we see the switch from pitching depth to hitting depth. If we take out Broadway and put in an extra catcher in Trevor Brown, then the Giants could use Susac solely as a pinch hitter to protect him from agitating his injured wrist. Brown saw some time with the Giants last season when Susac was dealing with other injuries, but only has about 40 at-bats to show for it. He may get a shot if he can impress the former catcher in Bochy.

Also, we swap out Williamson for Parker - a guy who impressed with his bat at the end of last season (three home runs and seven RBI in one game ring any bells?). The Giants will mainly use these guys as late inning pinch hitters, as Blanco will serve as the defensive substitution for all three outfield spots.

The lack of pitching depth may not be Bochy's style, but now that he has a few inning eaters in his starting rotation (Cueto/Samardzija), he may lean towards helping out the offense. 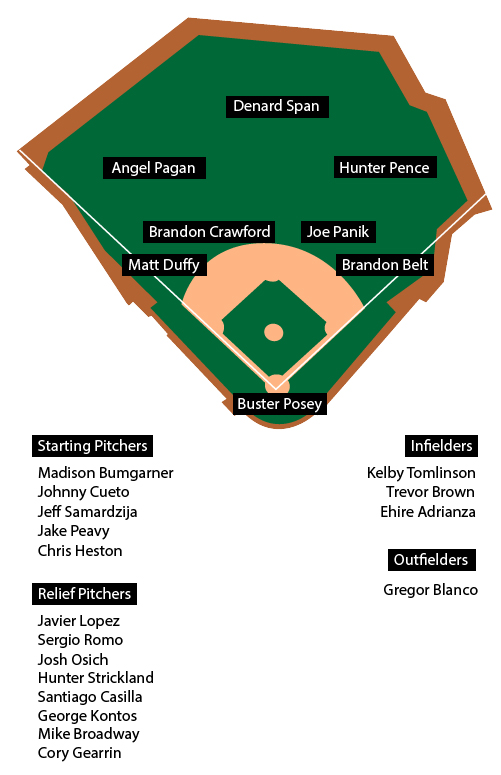 If Susac is still having problems with his wrist by the time opening day comes around and Bochy still wants to load up on pitchers, then Susac may have to start the year on the disabled list for a couple weeks. Brown would then get the promotion to back-up Posey.

On the pitching side, let's assume the Giants want to take it extra slow for Cain, who is coming off an elbow injury. He pitched in Wednesday's game, but allowed six runs and two home runs in just four innings of work. Knowing his history of injuries, the coaching staff may want to start him off on the DL as well. In his place comes Heston, who pitched great last season despite showing signs of fatigue towards the end of the year.

In this case, both Broadway and Gearrin get to join the bullpen. The two are both competing for a roster spot after stellar years in Sacramento, and in this scenario, why not have both?

With the pitching like it is, they may want Adrianza to help Tomlinson in the infield - plus, with the outfield depth weak, Tomlinson may need to step in for those positions as well.