CENTRAL SIERRA NEVADA (CBS13) — According to the Sierra Avalanche Center, the avalanche severity level has been set to moderate, which means there is potential for avalanches although not very likely.

What this means is that, while avalanches may be unlikely, if they do happen there may be some considerable danger. 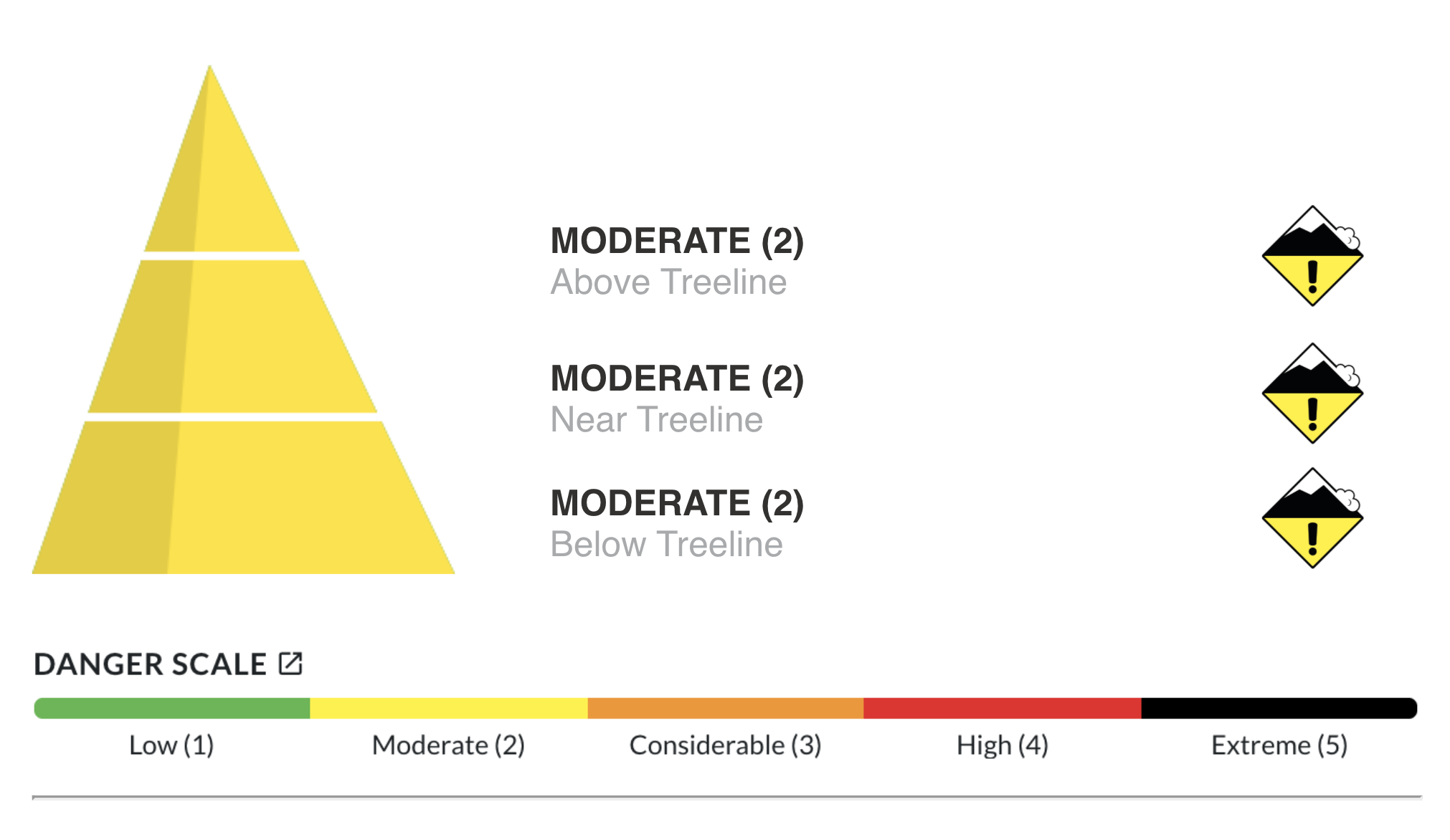 Due to the recent snowfall, striated layers of snow may cause some conditions that could trigger more severe avalanches. With the old layers of hardened snow buried under fresh snow, there may be a risk that the added weight could cause a snowball effect—pun intended—causing avalanches to be triggered.

Particularly in areas where wind slaps occur, there may be a greater risk.

Wind slaps are usually located on slopes near and below ridgelines where blowing snow has accumulated. These wind slabs accumulate snow and bond to older, icier snow and—when the weight of the accumulated snow becomes too heavy—may cause an avalanche.

The Sierra Avalance Center advises anyone spending time in the Sierras to keep an eye out for "cornices above the slope, wind drifted snow, firm hollow-sounding snow, and other wind-created surface textures." These can be indicators of a potential wind slab.

"Significant uncertainty remains about how quickly these old weak layers will adjust to the new load on top of them and about what it would take to trigger a persistent slab avalanche today. Some things that are more certain include the fact that a persistent slab avalanche would have severe consequences. These kinds of avalanches often break wider and travel farther than expected. People can trigger them from lower angle terrain, from the bottom of a slope, or from adjacent terrain. Due to this uncertainty and the potential consequences of getting caught in an avalanche, it is best to play it safe today. Carefully evaluate any slope before you commit to it especially in areas where old buried weak layers may exist. Focusing your travel plan on slopes less steep than 30° that are not connected to steeper slopes can help avoid this problem," said the Sierra Avalanche Center.

So if you plan to get out on the slopes this weekend, be sure to keep an eye out and stay safe.