CHEYENNE, Wy. (KGWN) - Questions are popping up social media across the country about possible abuse at a Cheyenne, Wyoming animal shelter.

Over the past several days, there's been a lot of controversy surrounding whether or not an 8-month-old, 70-pound, pit bull mix was suffered unnecessarily before being euthanized.

"He got a bite on the lower right shin, and then up to my thigh. Once he got to my thigh, the next place was going to be my face," said Marissa Cox. 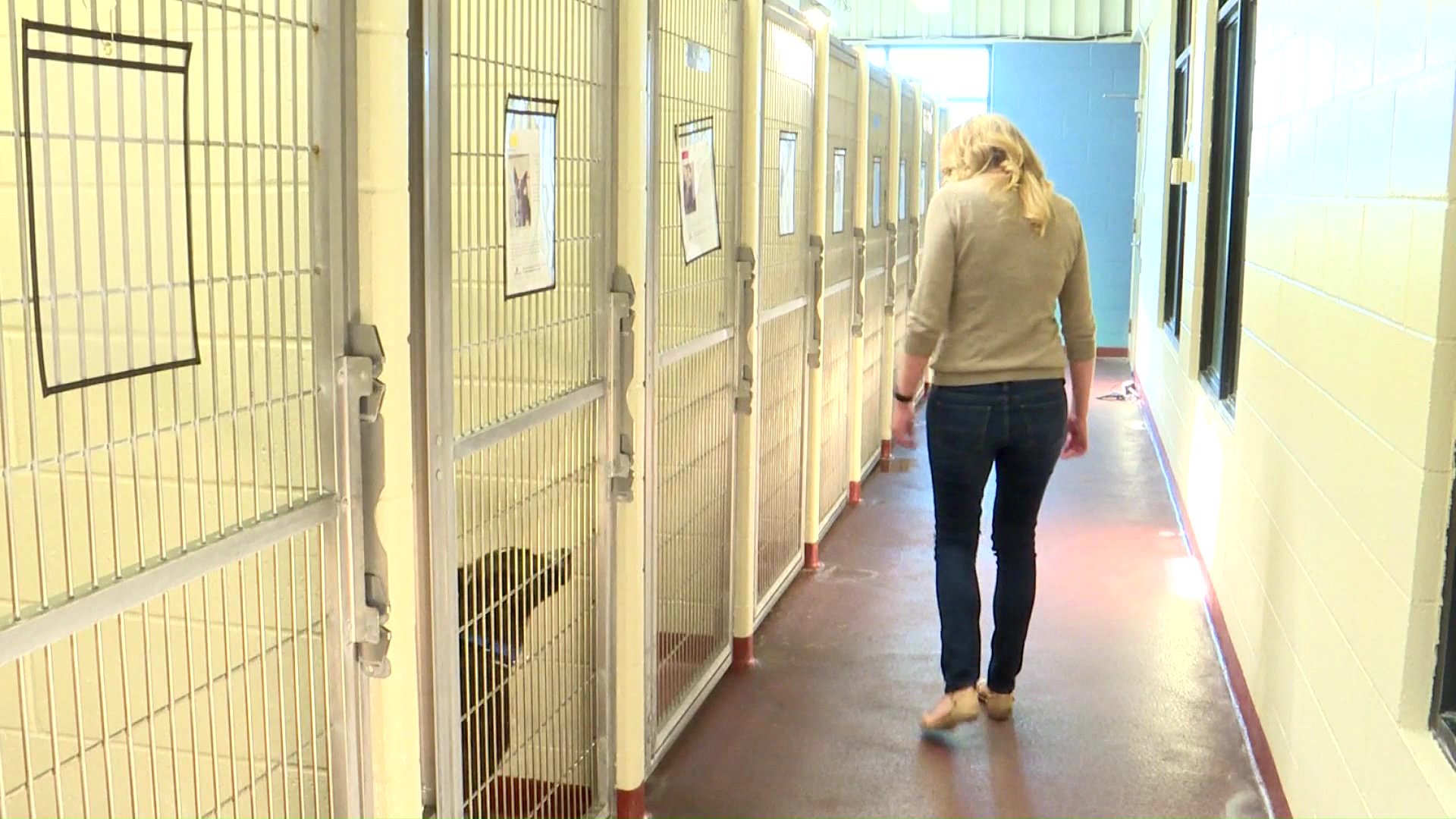 Last week, Tanner, a pit bull mix, bit Marissa Cox an employee at the animal shelter, multiple times. She was trying to take him out on a walk, but the encounter left her fearing for her life.

"It was very difficult for me to even walk back in to my house to my dogs because I know that they would never do anything to me, but having just been on my back with a dog biting up my leg to get to my face is very challenging," she said.

The events that followed are what's causing many to question the shelter's ethics.

"When i was driving home I kind of had a pit in my stomach and I just felt like things weren't quite right," said.

The morning after Tanner bit Melissa, employees were instructed to take Tanner outside. Kevin, and employee recalls what shelter president Robert Fetch said at the time.

"He says better not have any phones out and we kind of look at him really confused like...I don't understand what's going on," said Kevin.

"The next thing you see is tanner coming around the corner just looking like up and confused. He's got some red dripping out of his mouth," said Kevin.

But Fetch says the spraying was necessary.

"I decided to do a controlled demonstration using the animal that every body in this building was the most afraid of," he said.

"I mean, honestly, I was very scared that if we did not do something we could have this happen [again] and the next time some body might actually be killed by the animal. So I made the decision to issue to our staff and train them on pepper spray," he said.

"I don't see how anybody, especially in the animal welfare industry would think this is okay, pulling a dog out of the kennel to pepper spray it to see if it works," he said.

After interviewing all parties involved, the animal shelter board of directors is holding a meeting to discuss their findings. And on the other side, a petition has been started to remove the CEO and president of the shelter.