SACRAMENTO (CBS13) — It's been two months since a sideshow crash seriously injured Sacramento State student Austin Dubinetskiy, and now he is finally home from the hospital.

Seeing Austin in physical therapy is an uplifting sight for Heather Dubinetskiy and her family as he recovers from a horrific experience.

"Each day when I saw a little positive thing, it kept giving me hope day-by-day," Heather Dubinetskiy said.

In September, Austin Dubinetskiy was run over at a Natomas sideshow. The Sacramento State student was taken to UC Davis Medical Center where he spent the next two months recovering from a traumatic brain injury, a shattered pelvis and internal bleeding. 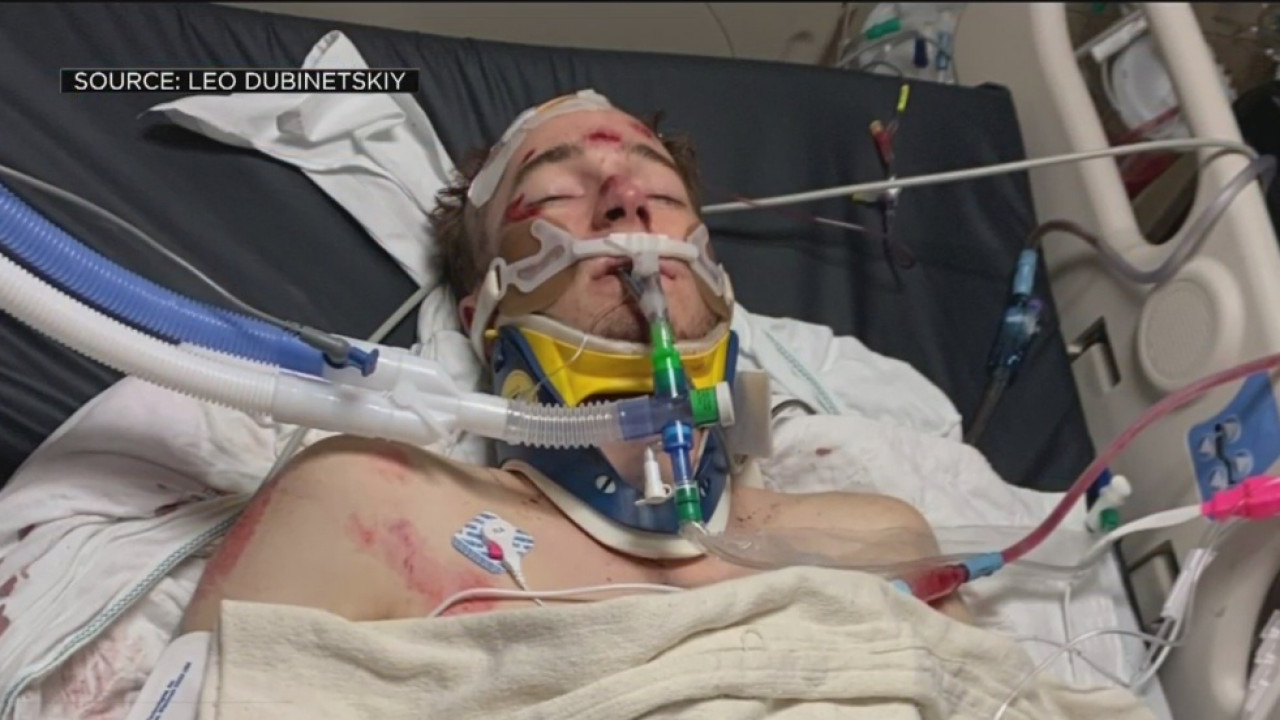 Austin doesn't really know what happened that night, but he has watched video of the incident.

"When I saw it, I was like never again is something going to happen like that," Austin Dubinetskiy said. "I could've died."

Austin, whose family and friends prayed for his recovery and hardly left his bedside, said there was one thing that got him through this terrible and trying ordeal.

"That I was alive that's what got me," he said. "The doctors told my parents that they didn't think that I was going to be alive. That I wasn't able to speak or wake up a little bit."

Toward the end of his stay at UC Davis, Austin began physical therapy, which he continues to this day. Day by day and exercise by exercise, he slowly improved. And, this week, he and his family heard the words that they'd been praying to hear.

"When she came into my room and told me I'm coming home; I was so happy. Finally, I'm going to sleep," Austin Dubinetskiy said.

A mother's love knows no bounds. As Austin settles into his own bed instead of a hospital bed, his mom has no ill will towards the driver.

"There was no anger there," Heather Dubinetskiy said. "As much as excruciating and heart-aching it was to see my son lying there, I was also thinking of that person's mother."

Sacramento police told CBS13 that no arrests have been made at this time. They are still investigating what happened including whether Austin may have been pushed into the path of the car.