STOCKTON (CBS13) — The federal government has allocated $133 million to San Joaquin County in COVID-19 relief funds, but one local official disagrees with how the money is being spent.

Stockton's Mayor Michael Tubbs says a good chunk of that money should go to his city.

"We can ramp up testing and contact tracing and help our small businesses and provide rental assistance," Tubbs said.

Money from the federal government's CARES Act is only being distributed to cities and counties in California whose populations exceed a half a million people. Mayor Tubbs said if it wasn't for Stockton's size, San Joaquin County would get nothing.

"We have to be part of the conversation. At the very least to be able to have our expenses reimbursed," Tubbs said.

READ ALSO: Sacramento Gets $89.6 Million Stimulus Check From Feds To Help With Economic Recovery From Coronavirus 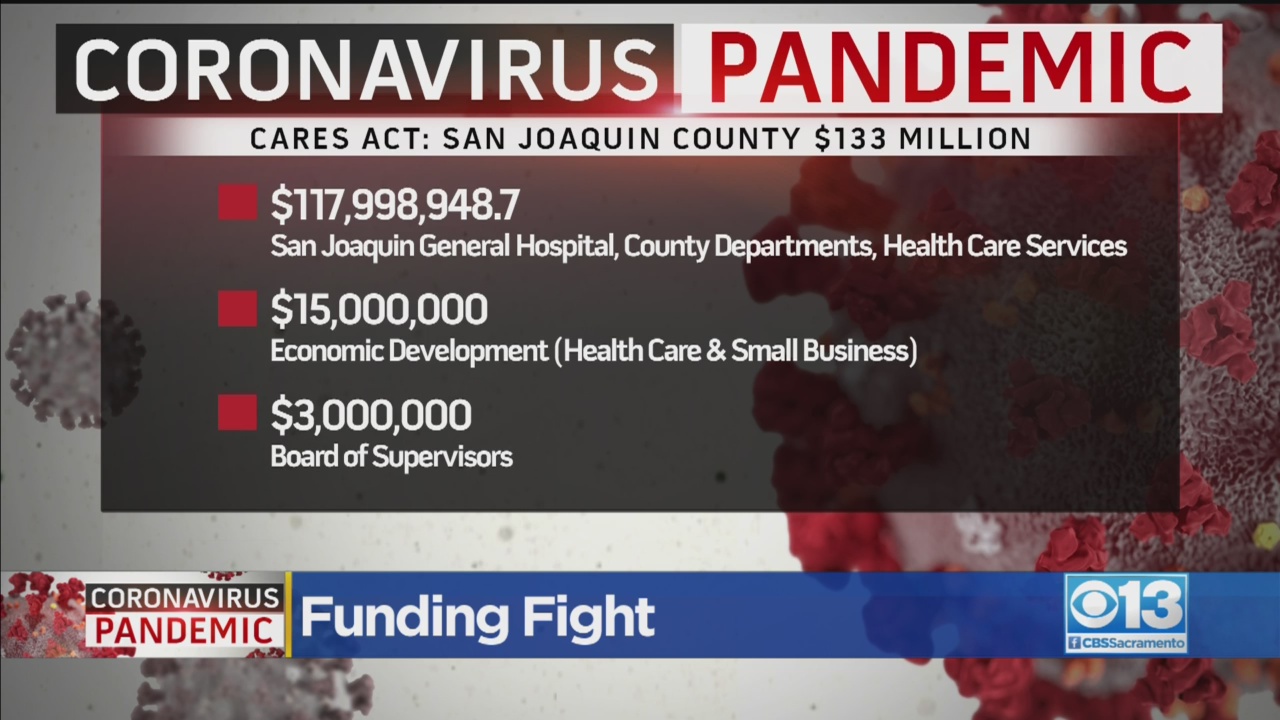 "Stockton is receiving no money directly from the federal government or from the county," Tubbs said.

San Joaquin County says their first priority is to reimburse healthcare costs but Stockton's Mayor says their focus should be on the city's vulnerable population.