LODI (CBS13) — Two Lodi hospitals are being sued for elder abuse and negligence in the death of an elderly woman.

The complaint alleges the hospitals were understaffed and the employees were undertrained.

Doris Scorpiniti checked in to Lodi Memorial Hospital with chronic obstructive pulmonary disorder and shortness of breath. She would die two months later.

The lawsuit alleges the 82-year-old "suffered a fall in the bathroom while on a wet floor" and was left unattended for a full 20 minutes due to "rampant understaffing."

The complaint alleges the hospital didn't do an X-ray—instead Scorpiniti was "simply discharged home the same day with some pain medication."

She would be readmitted to Lodi Memorial hospital two days later, the lawsuit says. That's when the hospital did do an X-ray and discovered that she had a near-complete collapse of a vertebra in her back. 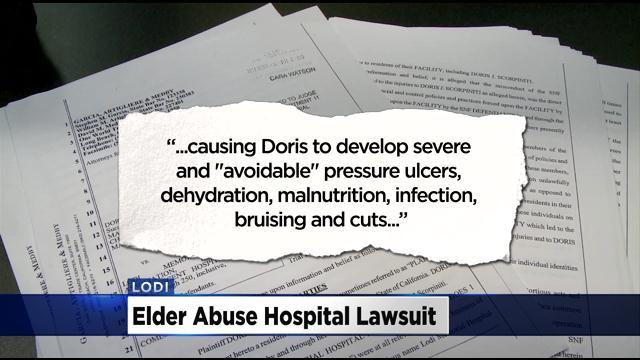 The convalescent home told CBS13 it wasn't aware of a lawsuit, while Lodi Memorial declined to comment on an ongoing legal matter. 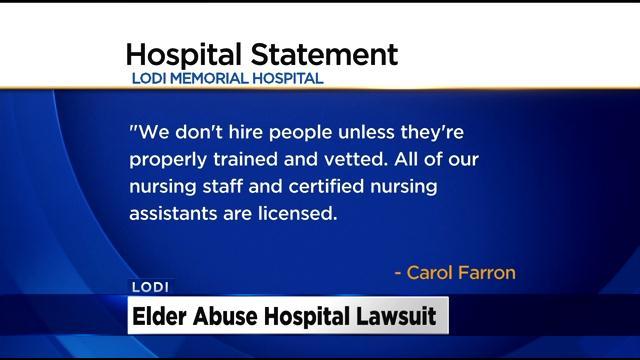 "We don't hire people unless they're properly trained and vetted. All of our nursing staff and certified nursing assistants are licensed. We observe them on the job and our staff does a wonderful job."

But Doris' lawyers argue "Doris' injuries and death would not have occurred had the SNF defendants simply adhered to applicable rules, laws and regulations…" 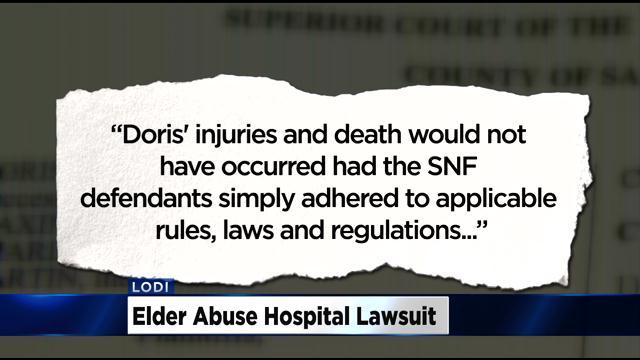 The lawsuit also alleges the 82-year-old's wedding ring was lost at the nursing home, and it has never been recovered.