VILLANOVA, Pa. (CBS) -- First responders pulled two workers trapped in a trench in Montgomery County to safety on Wednesday. The incident happened just after 11:30 a.m. at a house that's under construction on Mount Pleasant Road in Villanova.

Chopper 3 was overhead as workers who were building a house were rescued from a trench that collapsed.

"We found two of them trapped up almost to their chest. One was going in and out of consciousness. We were able to free enough dirt from the chest area to allow him to breathe," Lower Merion Township Fire Department Chief Chas McGarvey said. 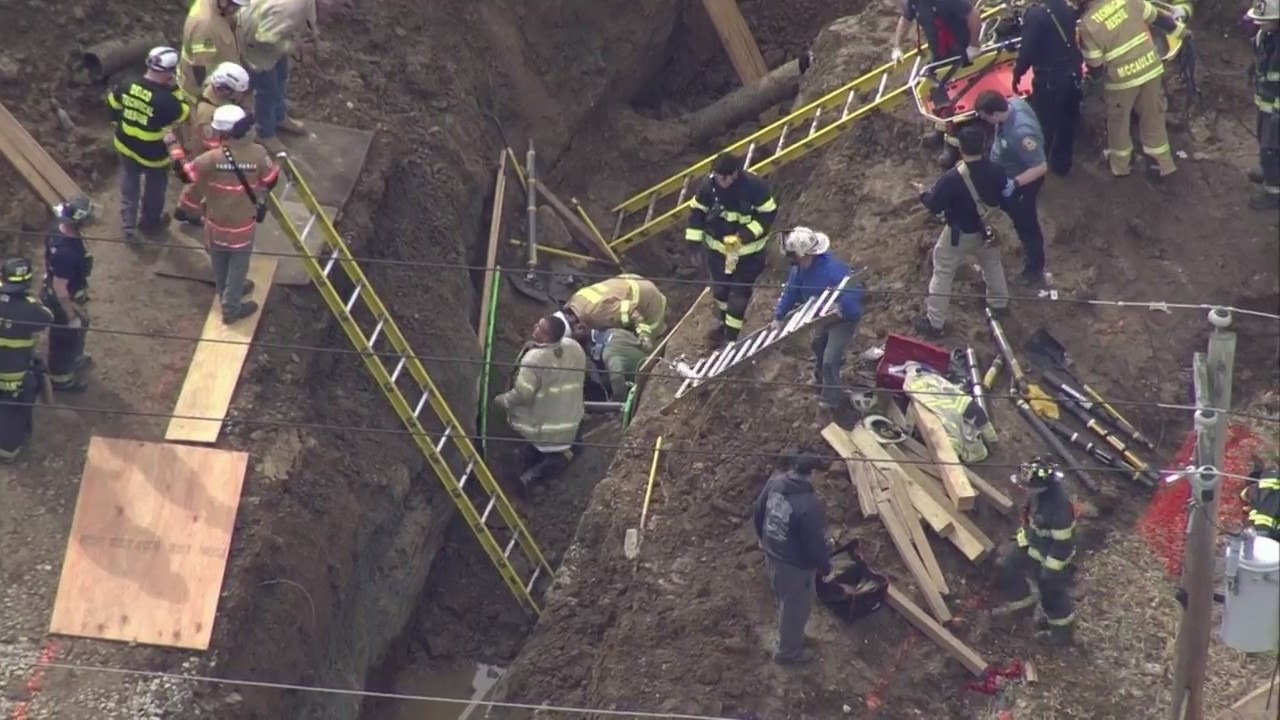 Fire officials say those workers are lucky to be alive.

"Both came out alive," McGarvey said. "Both breathing, both were awake when they left in the ambulances."

The two workers were taken to Lankenau Hospital and did not suffer major injuries.

The trench is about 10 feet deep. Fire Chief McGarvey says there were no supports in the ditch when they showed up. Before crews could rescue the workers, the trench had to be shored up.

The owners of the property showed up later in the afternoon and were briefed on the situation. Both refused to talk to Eyewitness News.

The fire chief said the collapse could've been caused by rain from the last few days.

Eyewitness News is told the Occupational Safety and Health Administration is investigating if there were any workplace violations.