VILLANOVA, Pa. (CBS) -- From cheers, to tears. Fans on Villanova's campus were on an emotional rollercoaster Saturday night, as the Wildcats fell to Kansas, 81-65, in the Final Four.

The game did not go the way fans hoped it would.

But they tell CBS3 they are still holding their heads high.

"Here, everybody loves basketball so I was expecting it to be deep and it's deep up in here, so I'm happy," one Villanova fan said.

"I'm feeling all the emotions right now. I know this is Collin and Jermaine's last season and to have it end like this is really a shame," another fan added.

The wild ride that was the Wildcats' journey to the Final Four has come to a halt. Kansas beat Villanova to advance to the national championship in the NCAA Tournament.

"To be honest, it was expected but I appreciate that we're all here," one man said. "This is what really matters. We're all here as a campus, win or lose and we have each other's backs."

On Saturday, in a gym filled with about 4,500 supporters, students watched with pained expressions as the Jayhawks held onto the lead.

"I grew up a Kansas fan, so this is like, it's bitter sweet," one man said.

"I was about to tear up, honestly," one woman said. "Seeing Collin Gillespie cry, a little tear almost fell down my face but they worked so hard and I hope they are proud of themselves." 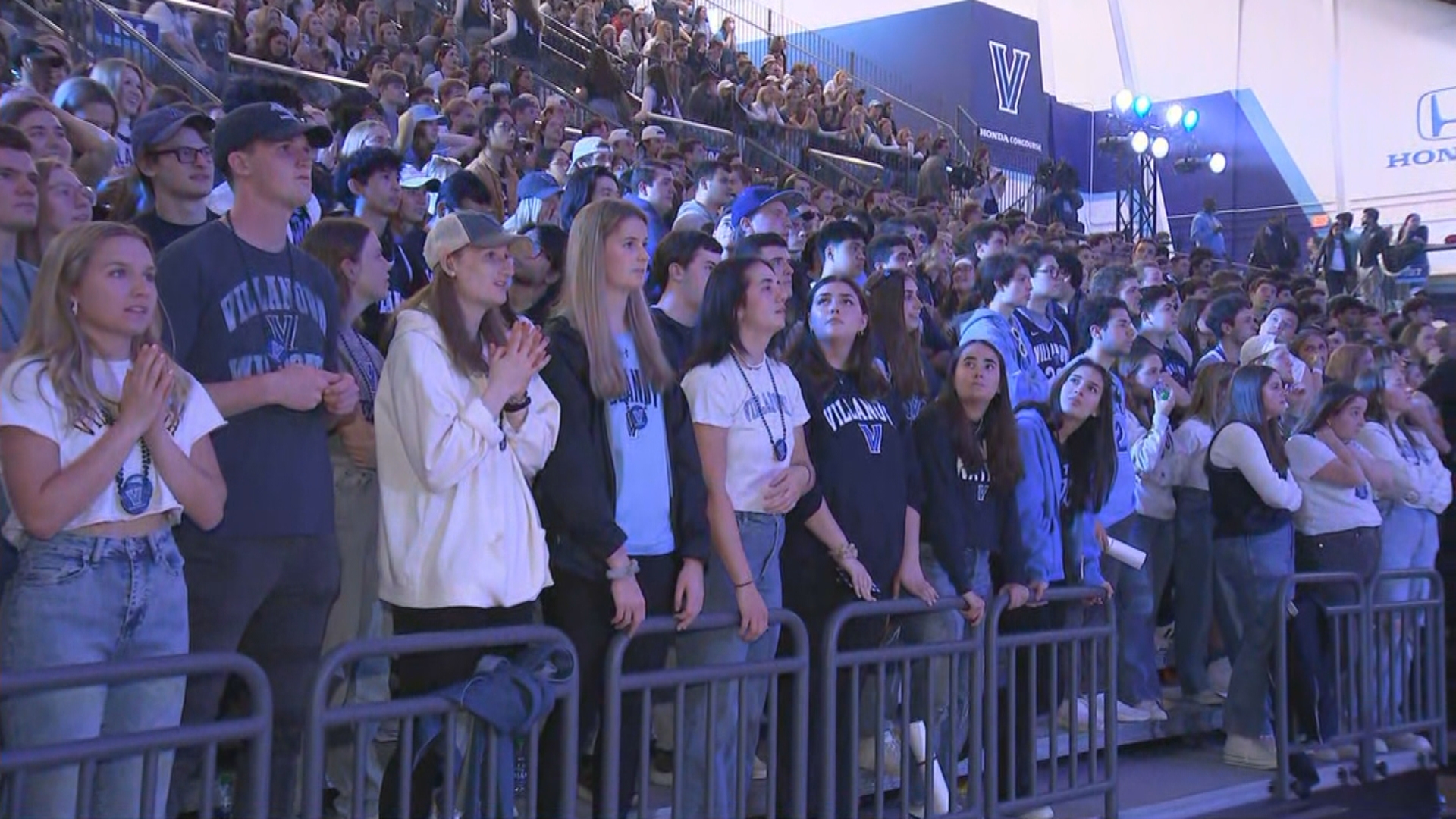 And even though they'll be no more watch parties on Villanova's campus this year, students say there were no losers here.

"Absolutely. Final Four, only 4 in the nation," a woman said.

"I'm happy we made it to the Final Four that actually brightened my day up a lot," a man said.

Because there's always next year.

"Still a good game, still proud of the 'Cats, proud to call myself a Villanovan," one fan said.

And the celebration continues Saturday tonight with food trucks and music as the students wait for the next March Madness.