PHILADELPHIA (CBS) - With the snow long gone and high pressure setting up shop across the eastern half of the country, we have nothing but clear skies to talk about!

Oh, wait, there is a catch - it's bitter cold outside. 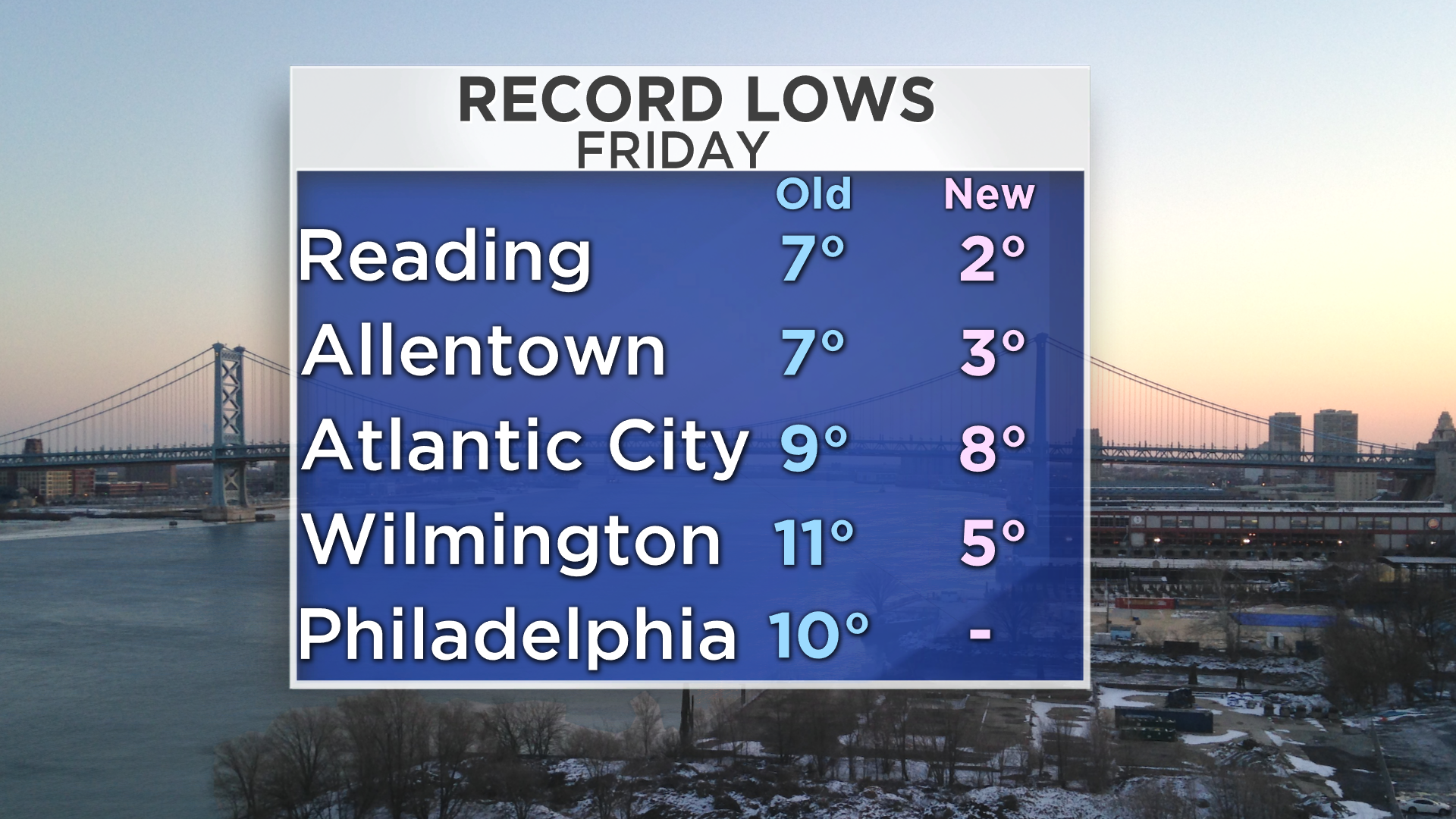 Now I know what you are saying: "I thought we were done with this nonsense?" I feel your pain; Philadelphia nearly saw its first March morning with single-digit lows since 1984! While we didn't reach a record in Philadelphia, several others were toppled with ease this morning. As for later today, the normal high for March 6th is 49°, so we can expect to be over 20° below average on Friday.

Before you decide to start a riot, hear me out! There's good news on the horizon. Temperatures will be on the rise each day over the next several, rising through the 30s and 40s over the weekend and reaching 50 by the middle of next week. Sunshine will dominate too, with a few disturbances only passing by. A low to the north will swing down by late Saturday, bringing nothing more than clouds Saturday night.

Things stay dry through the start of next week, with a disturbance passing to the south on Tuesday that could bring some light precipitation to the lower Delaware Valley. And not to fear - with milder temperatures, it would be nothing more than rain!

Spring is almost here. Improvements are coming. The days are getting longer. Which reminds me - don't forget to turn the clocks ahead before you go to sleep on Saturday night/Sunday morning. Unless of course you have clocks that will do it for you. On Sunday night, the sun will set at 7pm.