PHILADELPHIA (CBS) -- A Saint Joseph's University student is recovering after Philadelphia police say he was shot during an attempted carjacking near campus. There is still crime scene tape left behind at the scene in Wynnefield. Neighbors were startled to hear the gunfire.

"I heard these two shots, somebody yelling and screaming," Theodore Andrews said.

Andrews called 911 before he rushed outside his Wynnefield home. That's where he found a 21-year-old man bleeding after an attempted carjacking and shooting.

"He said he's seen two men in masks," Andrews said.  "They took his keys and put up a fight but they shot him in the leg."

Police say the victim is a St. Joe's University student who was trying to park his blue Subaru Outback outside his apartment near campus late Tuesday when two gunmen approached him and announced a robbery. 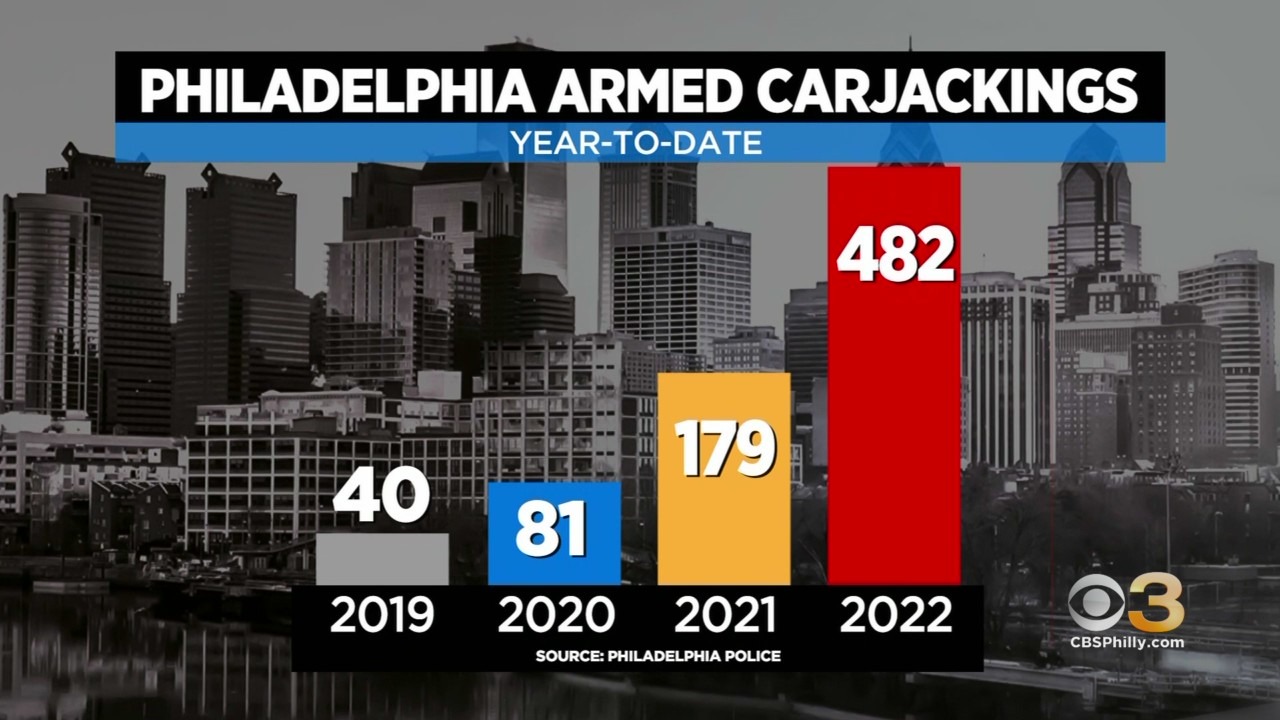 While the student's vehicle was ultimately not taken, Eyewitness News found the number of successful armed carjackings in Philadelphia has exploded, with more than 480 this year to date. That's much higher than in recent years.

"We couldn't explain that. It's not just a Philadelphia issue, it's going on throughout the country," Vanore said. "Most of the people who are arrested, most I'd say are between the ages of 16 and 21."

So police remind people to keep your vehicle and house keys on separate rings, do not leave your car running unattended, and be aware of your surroundings at all times.

"Especially when you're stopped and you're parked," Vanore said.

The victim is now recovering at Lankenau Hospital. Anyone with information is urged to contact police.

Saint Joseph's said in a statement: "Our first priority is always the safety and well-being of our students. While these incidents are exceedingly rare among our community, they are nonetheless very concerning. We are reminding our community of the availability of 24/7 safety resources and ongoing support. Our Public Safety Department is working closely with our partners in the Philadelphia Police Department and is increasing patrols in the areas around campus. We remain in close contact with the impacted student and are grateful that the injuries sustained are not life-threatening."