KING OF PRUSSIA, Pa. (CBS) -- A Philadelphia man is wanted for allegedly killing his ex-girlfriend on Friday night while she was pumping gas in Upper Merion Township near the King of Prussia Mall, officials announced on Saturday. Rafiq Thompson, 38, has been charged with first-degree murder, person not to possess a firearm, and other related offenses in connection to the killing of 31-year-old Tamara Cornelius.

Officials say the shooting took place at around 10:30 p.m. on Friday at the Exxon Station at 113 North Gulph Road. Police arrived on the scene after shots were reportedly fired.

Police say they found Cornelius lying in the gas station parking lot suffering from multiple gunshot wounds. She was taken to Paoli Hospital and pronounced dead at 11:09 p.m., according to officials. An autopsy is scheduled for Monday.

"That's crazy, I work right down the street," Shimkonis said. "I've never heard nothing like that happening in the King of Prussia area, so it's pretty scary." 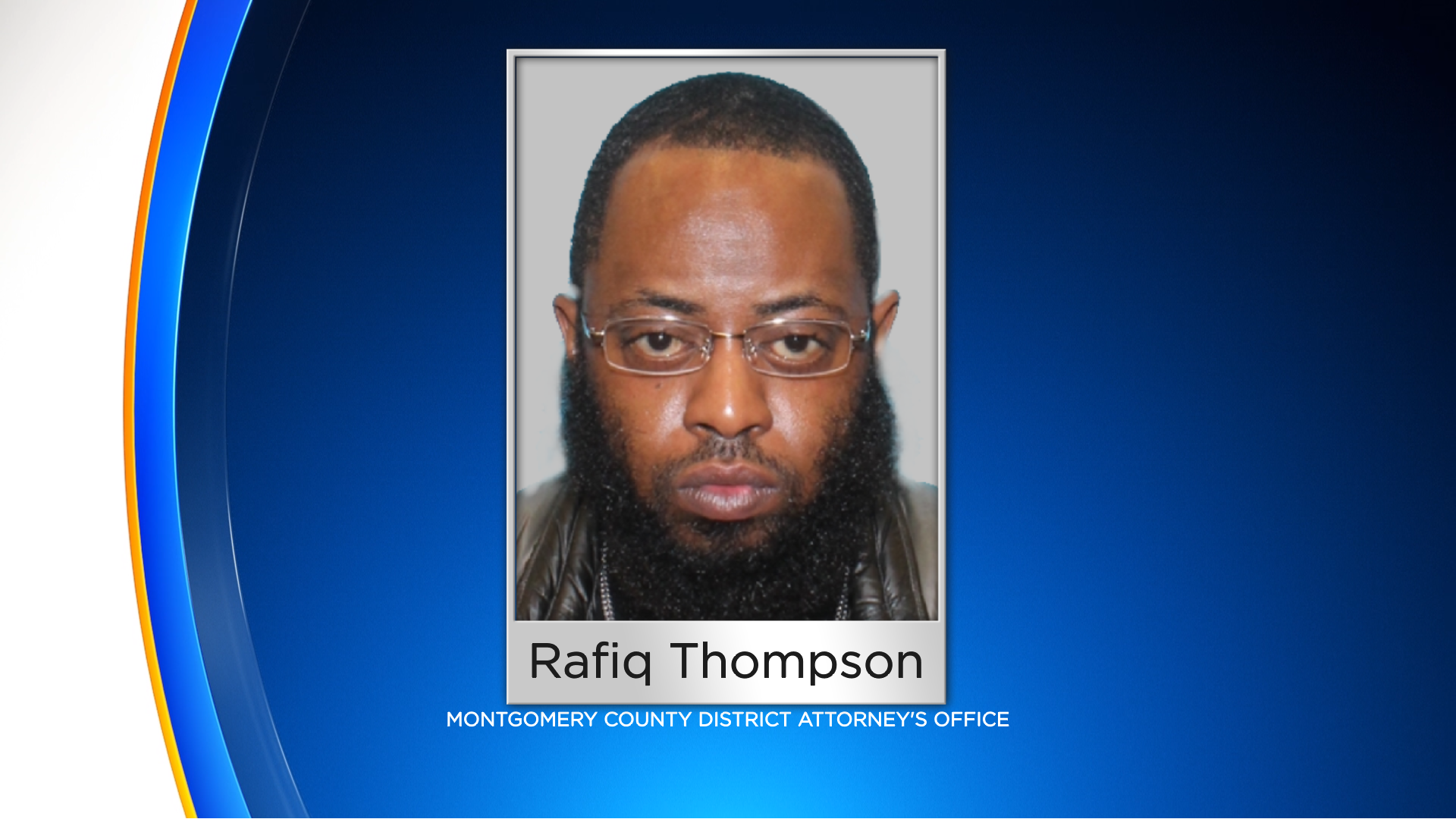 Officials say they found four 9mm cartridge casings on scene. They also found a takeout bag from The Cheesecake Factory on the front seat of Cornelius' car.

Investigators say Cornelius and Thompson had a prior relationship and they met to talk briefly just after 9 p.m. before she went to dinner at The Cheesecake Factory.

Officials say when Cornelius left The Cheesecake Factory, she was followed by Thompson to the gas station. While Cornelius was pumping her gas, police say Thompson stepped out of his car, spoke to her, and then shot her. Investigators say he continued to shoot Cornelius as she tried to get away.

"Everything is just getting crazy around here, all over Philly, something like that it's just like unnecessary," Lawrence Martin said.

Police say Thompson is considered to be armed and dangerous. He's 5-foot-7 inches tall and weighs about 167 pounds, according to officials.

Thompson has multiple cases dating back to 2011 for charges ranging from aggravated assault to robbery.

The National Domestic Violence hotline is always available to anyone who needs help at 1-800-799-7233.