PHILADELPHIA (CBS) -- Police are investigating after a woman was found wrapped in plastic wrap inside a large plastic gray container in South Philadelphia. Officials say the woman's body was found on the 3000 block of Wharton Street just before 10 a.m. Wednesday.

Investigators called the discovery of the woman's body disturbing. Neighbors say they smelled something foul coming from the plastic bin, which prompted them to call police. 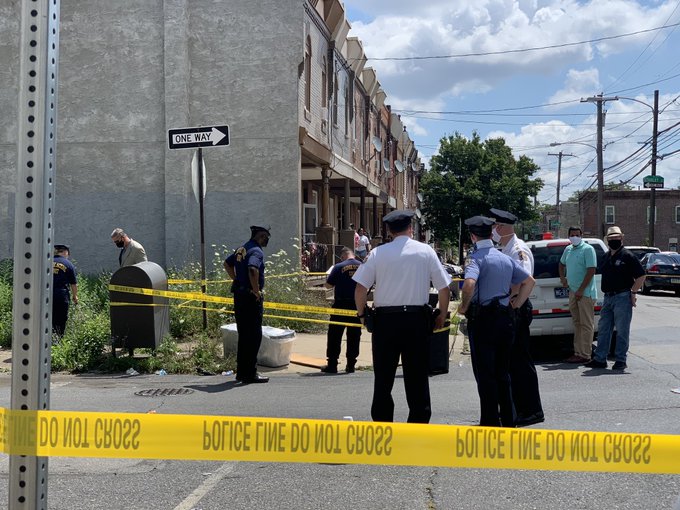 "A dead body smells bad. It's a really bad smell," a neighbor said.

"One of the officers vomited, that's how bad the smell was," another neighbor said.

Officers swarmed 31st and Wharton Streets in Grays Ferry around 10 a.m. on Wednesday to find a gray plastic container, where a woman's body was found stuffed inside and tightly wrapped in cellophane.

Some neighbors first noticed the bin sitting on the sidewalk by some trash on Tuesday.

"Trash day was yesterday and they moved it today," a neighbor said. "So we wouldn't have even known if the trash man came."

Neighbors say the bin also had cellophane wrapped around it.

"I kept looking at it," neighbor Stardetta Taylor said. "It looked real strange and I'm like, why is that container wrapped up like that?'"

"It smelled like feces so I thought it was trash," neighbor Sonja Sanders. "I didn't think nothing of it."

As officers combed the area for clues, neighbors watched and wondered if they knew the now-deceased woman.

"That's somebody's family member. I don't know whose it is," Sanders said. "I could know that person. It's very scary. Somebody put that body there, so I'm very scared, very nervous about what's going on."