PHILADELPHIA (CBS) -- Philadelphia police are asking for the public's help finding two suspects wanted in connection to the killing of a 19-year-old during an apparent robbery earlier this month. Police say this happened on July 1 at Front and Indiana Streets.

On Friday, officials released surveillance video of the alleged suspects.

According to police, one of the suspects was wearing a burgundy zip-up hoodie, black Nike pants, and light-colored athletic shoes. Police say he was also armed with a silver handgun.

The second suspect is described as a thin Black man who was wearing a yellow "Vans" hoodie, dark pants with drawstrings, and white athletic shoes with distinct red markings. 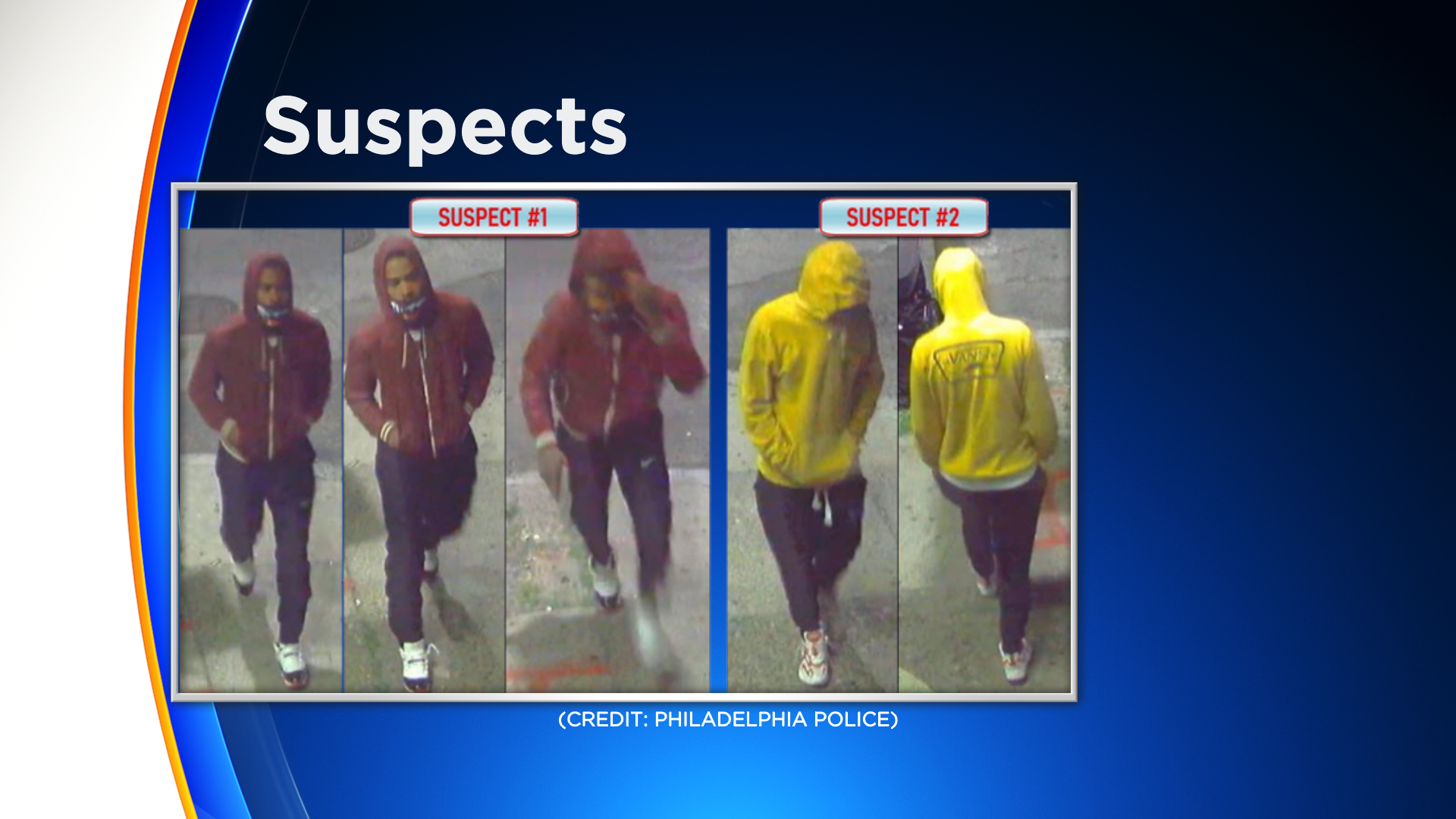 A $20,000 reward is being offered for information leading to an arrest and conviction of the suspects.