PHILADELPHIA (CBS) -- Basketball has always been a way to bring people together. In this trying time, a local girl and a few Philadelphia 76ers are trying to help as they try to heal with hoops.

Could basketball be part of the healing process in America? The Sixers released a statement earlier this week stating that they will use their voice for change.

Tobias Harris and Matisse Thybulle marched with protestors over the weekend.

And on Wednesday, Harris went a step further, elaborating on the state of the city and country in The Players' Tribune.

In the article, Harris says we need to "admit something's wrong in this country, admit that this is about race, and let's build a way forward."

He also says "SILENCE IS UNACCEPTABLE" and that he and "many people are out there protesting PEACEFULLY because we want change."

More evidence of healing through hoops could be found in Center City.

Stephania Ergemlidze and Khalil Gardner were seen dragging a basketball hoop around town as a way to bring people together. 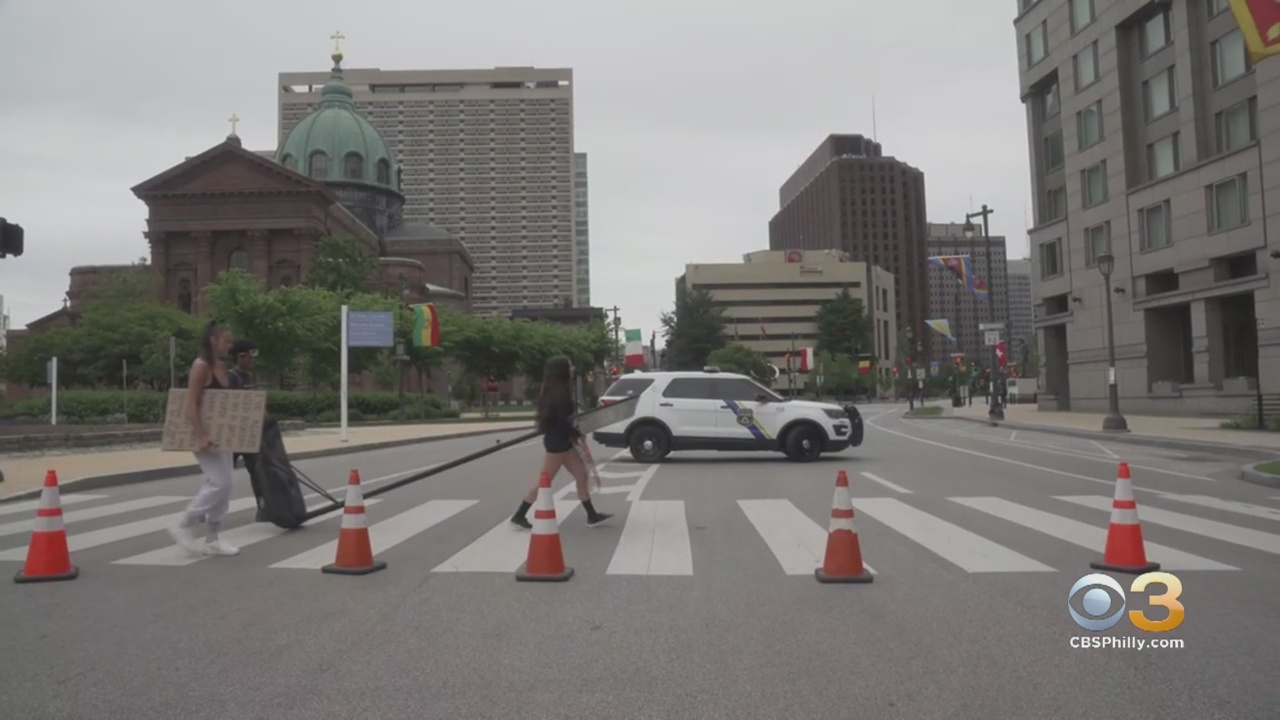 After schooling some police officers and letting others have their shot, Stephania and crew were back on Wednesday.

"I saw how much it really pulled people together. I know how to bring people together through basketball and if that's something that I can do, to push for more peace in our city, then I feel like I have an obligation to do that," Stephania said.

"We wanted to get police involved, pedestrians, civilians, protestors, everybody, just to kind of more unify our city because there's a lot going on right now," she said.

What do they hope comes from this?

"I'm hoping that we can try to find some kind of common ground and at least break some tension there so at least there's not as much destruction going on. We want to push for what's right but we also want to make sure that we're keeping our home intact," Stephania said.