PHILADELPHIA (CBS) -- A 19-year-old man was shot multiple times on a SEPTA subway platform in Center City on Thursday afternoon, police say. The shooting happened at the Market-Frankford Line's 15th Street Station, a place where thousands of people travel throughout the city, just before 12:30 p.m.

The shooting is one of several violent attacks on SEPTA in recent months and there are growing calls for SEPTA to increase its police presence.

"All SEPTA buses should be equipped with silent panic buttons where bus operators can alert police to their location via GPS in real time," Brown said.

Brown adds that there are some people who have no choice but to ride on SEPTA and "people are scared to ride. There needs to be police protection offered for riders and SEPTA employees."

Police descended on the 15th Street Station in Center City after gunfire broke out on the Market-Frankford Line. The shooting left trains skipping past the station during the Thursday lunchtime rush. 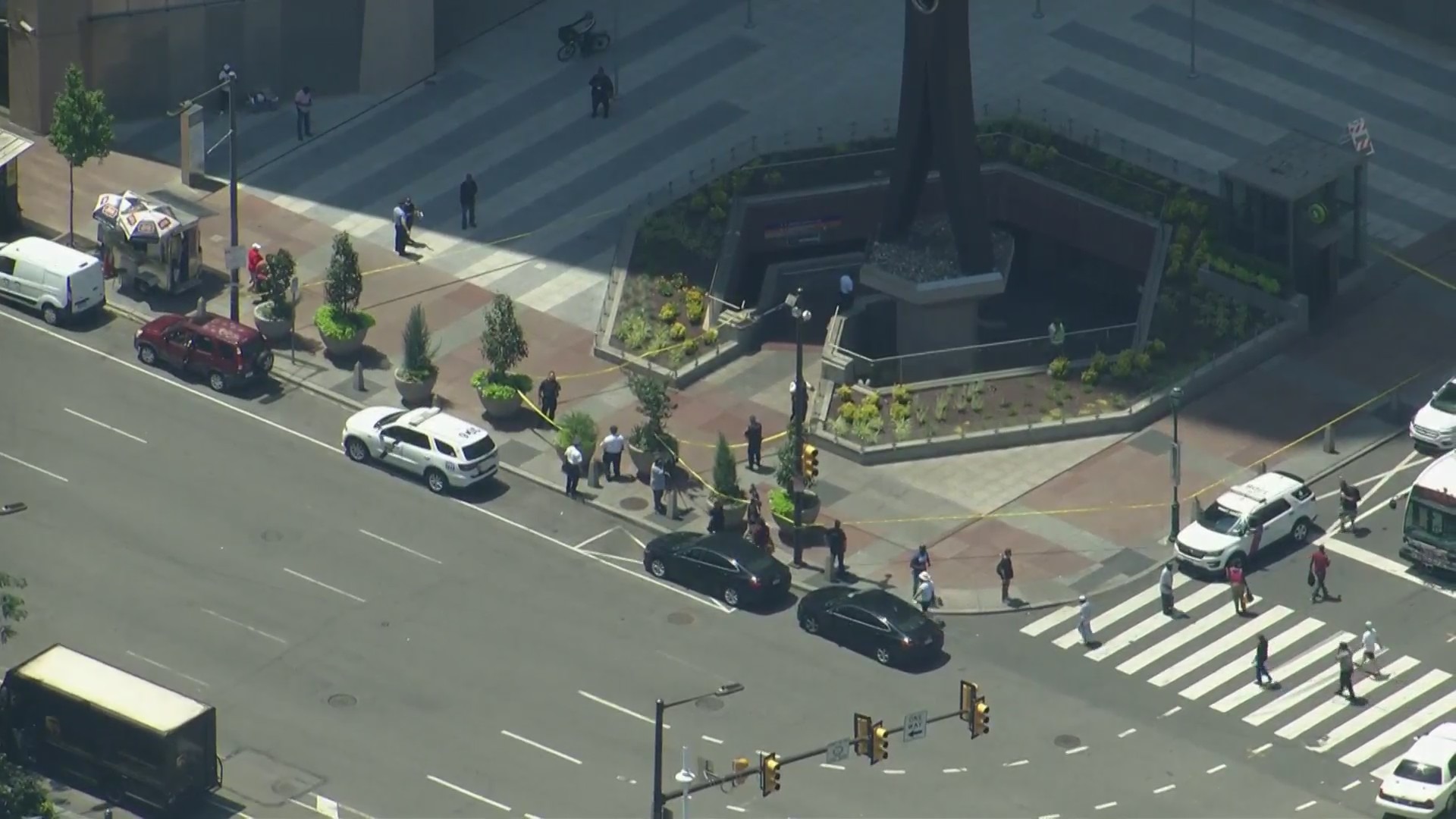 "It was pretty hectic," Clearfield said. "I was coming up and all of a sudden, they just stopped the trains."

Authorities say it all started when two men got off an eastboud train and argued with each other on the platform. After exchanging words with a third person, the victim and shooter both pulled out a gun.

One man shot the other in the chest, stomach and hand.

Troy Parham is the vice president of the union that represents SEPTA Transit Police Officers.

"I think violence in the city overall is getting out of control," Parham said. "So I don't imagine it will be missed on our system."

Transit police were close when the shooting happened. They gave the 19-year-old victim first aid and carried him out of the train station. He was rushed to Jefferson Hospital in critical condition.

The shooter escaped amid a group of passengers running from the station, but he was traveling with a companion, who police now have in custody for questioning.

Passengers are now questioning whether it's safe to ride.

"I do think that they're gonna have to have more transit police on the trains because it seems like it's happening too often," Clearfield said.

Police say they recovered a weapon underneath the victim's body, but it's unknown whether that firearm belongs to the victim or the suspect.

If you have any information on the identity or whereabouts of the suspect, you should contact the police.

The 15th Street Station has since reopened and trains are no longer bypassing the stop.

CBS3's Ross DiMattei and Madeleine Wright contributed to this report.