Months later, the street and sidewalks are still torn up as repairs drag on.

"There is still water in the light fixture," Adam Volk said.

Volk walked CBS3 through the gutted basement of his new restaurant, Redcrest Kitchen, on Bainbridge Street. It sits right where the old Bainbridge Barrel House used to be in Queen Village.

"The water actually was completely above the ceiling. It was over 10 feet and went into the dining room," Volk said.

His dream of opening was washed away after a massive water main break. He says 30,000 to 40,000 gallons of water rushed inside. That was back in July of 2021 and now months later, he is still struggling.

"There's several restaurants in this neighborhood that were struggling through COVID and trying to make our way the through something like this happens it's just devastating," he said.

Volk assumed his insurance would cover it, but he was denied.

"Without the backing of the insurance company and without the city stepping in to help us it's kind of just sitting back and waiting to try and raise funds," he said.

But as he works inside, this is what the outside is like. He says even if he were to open it would be a challenge. 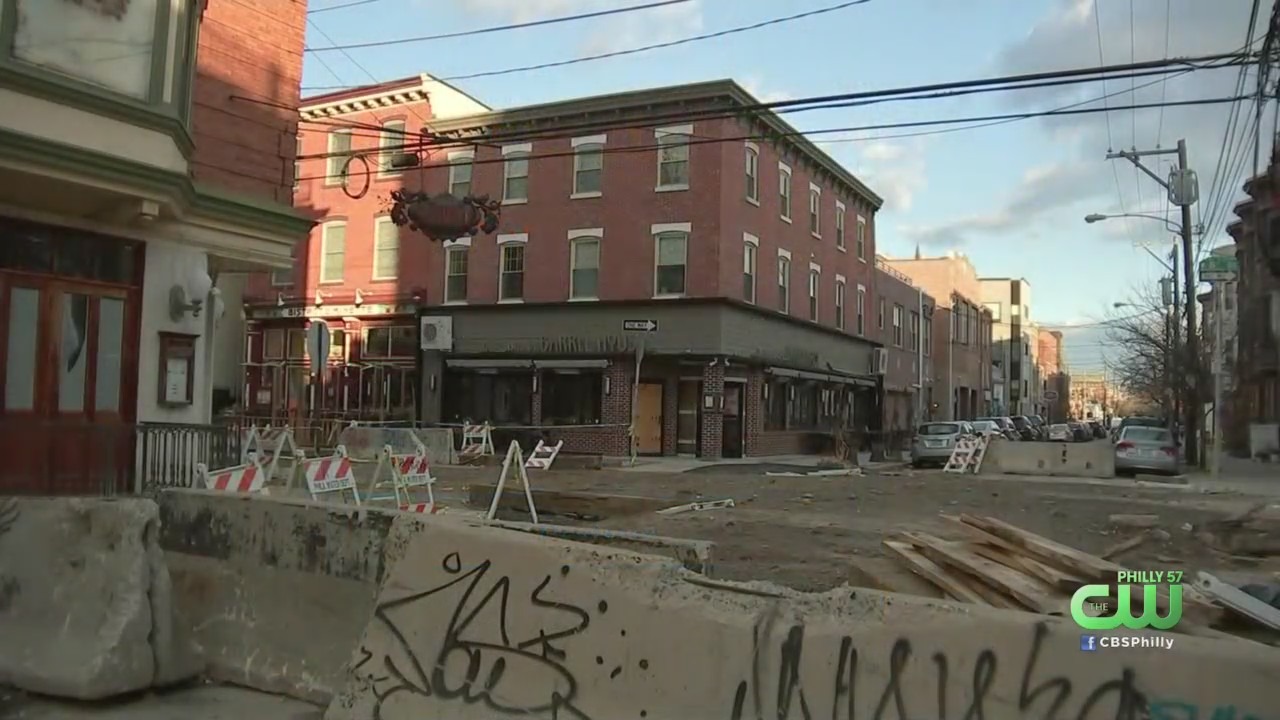 "The fact that the road is still not a usable, passable space is going to absolutely ravage any business here," he said.

Eyewitness News reached out to the Water Department and we were told repairs like this are time-consuming and complicated, but they hope to finish by April, as planned.

A spokesman said: "It appears as though we are on track to have all of the utility work done and the road repaired by the estimated completion date. However, with complex projects like this involving very large water main breaks and dense infrastructure beneath the street, there can be unexpected delays. "

While this has been an extremely long road, Volk hopes to open Redcrest Kitchen in April or May.