PHILADELPHIA (CBS) -- A possible case of arson is being investigated in Philadelphia's Overbrook section. An Eyewitness captured cell phone video of the fire on the 1200 block of Atwood Road.

Police say three vehicles and a house caught on fire just after 1:30 a.m. on Thursday. 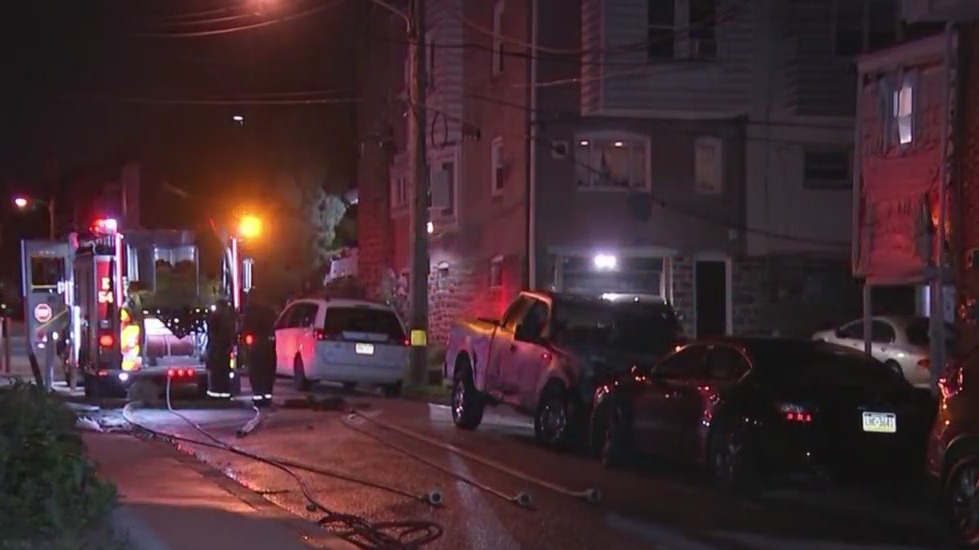 We spoke to a woman who lives at the house. She says she was at the hospital when she learned of the fire.

"I had to get an Uber, leave the hospital, and come home because the room where the fire caught at, that's where where my 10-year-old daughter sleeps at," Sheila Alexander said.

No one was injured in the fire, and so far, no arrests have been made in the case.