"Machai was killed coming from work at Burger King," Veronica Joyner, the founder of Mathematics Civics and Sciences Charter School, said. "We have lost many family members." 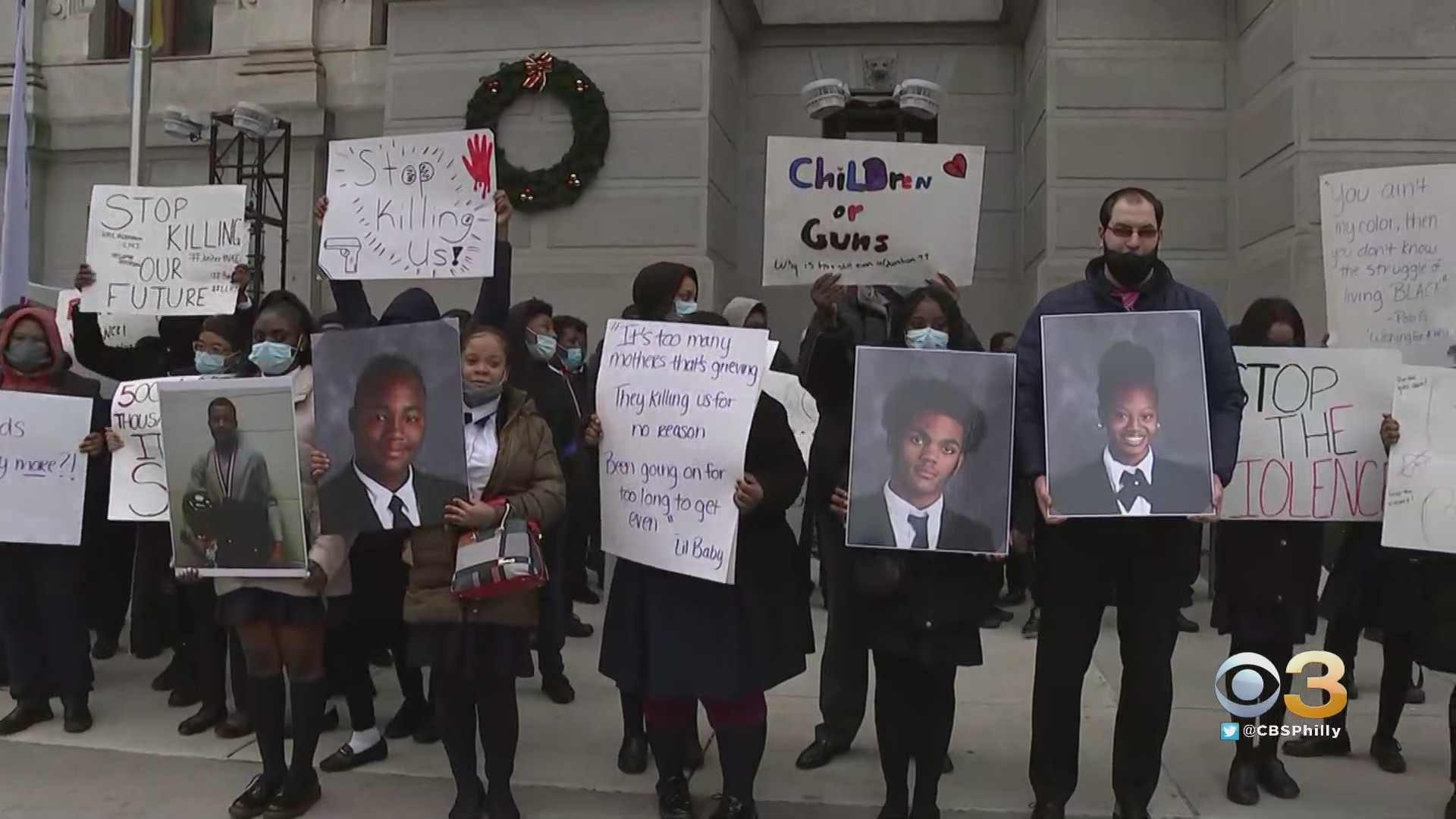 Joyner has felt the deep loss of current and former students whose lives were cut short by gun violence on the streets of the city. Joyner, her students, and community organizations held a Silence the Violence demonstration outside of City Hall.

"We decided to do this because there's too many murders in our city," Joyner said. "Five hundred and twenty-four is too many. One is too many."

The group is calling on city officials to do more to crack down on guns and crime, using the voices of young students personally impacted.

"I knew two young people," Meirha McDonald said. "One was a cousin, another was a friend. It's crazy how close gun violence can actually hit, and it doesn't really affect you until it hits home."

"I personally have had multiple friends shot," Kareem Gordon said. "Walking home from practice, walk to the store, just being a kid basically."

The silent protest spoke louder than words. Young people living in fear, scarred by the gun violence that surrounds them.

"How many more children have to die before somebody steps up and actually does something?" McDonald said.

"Philadelphia was once known as the City of Brotherly Love," Joyner said. "We're now known as Killadelphia, the city of brotherly violence and hate."