NORRISTOWN, Pa. (CBS) — A 23-year-old man has been arrested on multiple charges related to the aggravated, indecent sexual assaults of a 70-year-old blind, deaf and mute woman that took place in Norristown, Lansdale and West Norriton. Malquan Craig is charged with multiple counts of indecent assault of a mentally disabled victim, indecent assault and invasion of privacy. 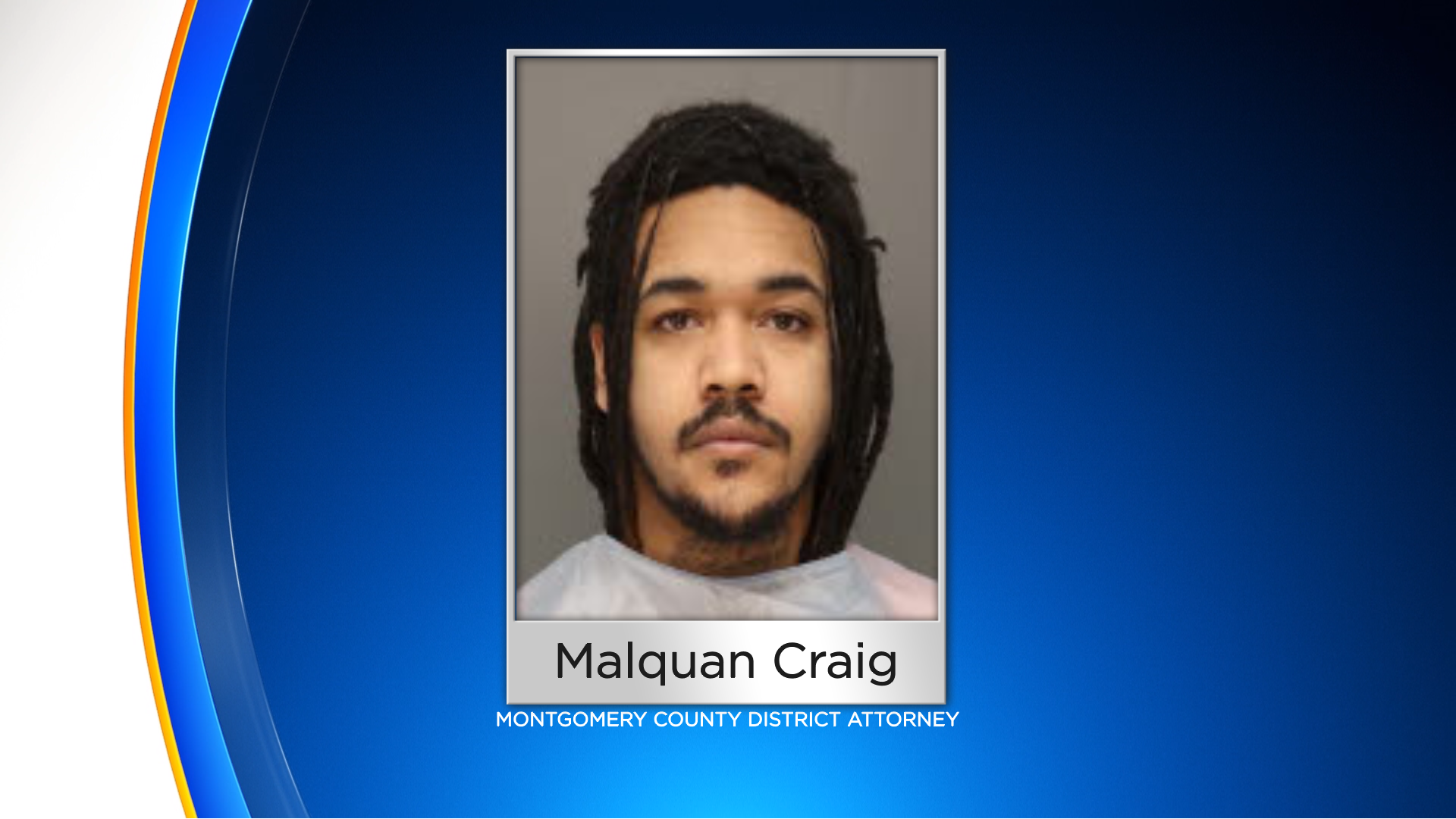 "As prosecutors, we must stand up for victims who can't protect themselves from the depraved acts of people like this defendant," Montgomery Country District Attorney Kevin R. Steele said.

The investigation began when Lancaster police contacted the Montgomery County Detective Bureau on May 23, notifying them they discovered a number of videos of sexual assaults on a handicapped elderly woman that had taken place in Montgomery County in 2020 and 2021.

Investigators found that the victim was under 24-hour care by H.A.P., Inc., which provides care for people with intellectual developmental disabilities.

Craig's girlfriend at that time was the certified nursing assistant employed by HAP, Inc., overseeing the care of the victim. The investigation found that Craig and his girlfriend would order takeout food, then go pick up the food with the victim in the car.

Investigators say Craig sexually assaulted the victim by touching the woman's private areas and exposing her bare buttocks while his girlfriend was inside the restaurant picking up the food. Craig recorded the assaults on his cellphone.

Authorities say they will add an additional charge of felony aggravated indecent assault at the preliminary hearing.

Craig is being held in Lancaster County prison on a $500,000 cash bail.