LINDEN, N.J. (CBS) - Former Phillies center fielder Lenny Dykstra may be a legend in the world of baseball but residents in Linden, New Jersey claim he is no all-star neighbor. They say Dykstra is turning their neighborhood into a den of drugs and prostitution.

Neighbors have complained to the city about the piles of garbage outside his house, fights and people coming and going at all hours. 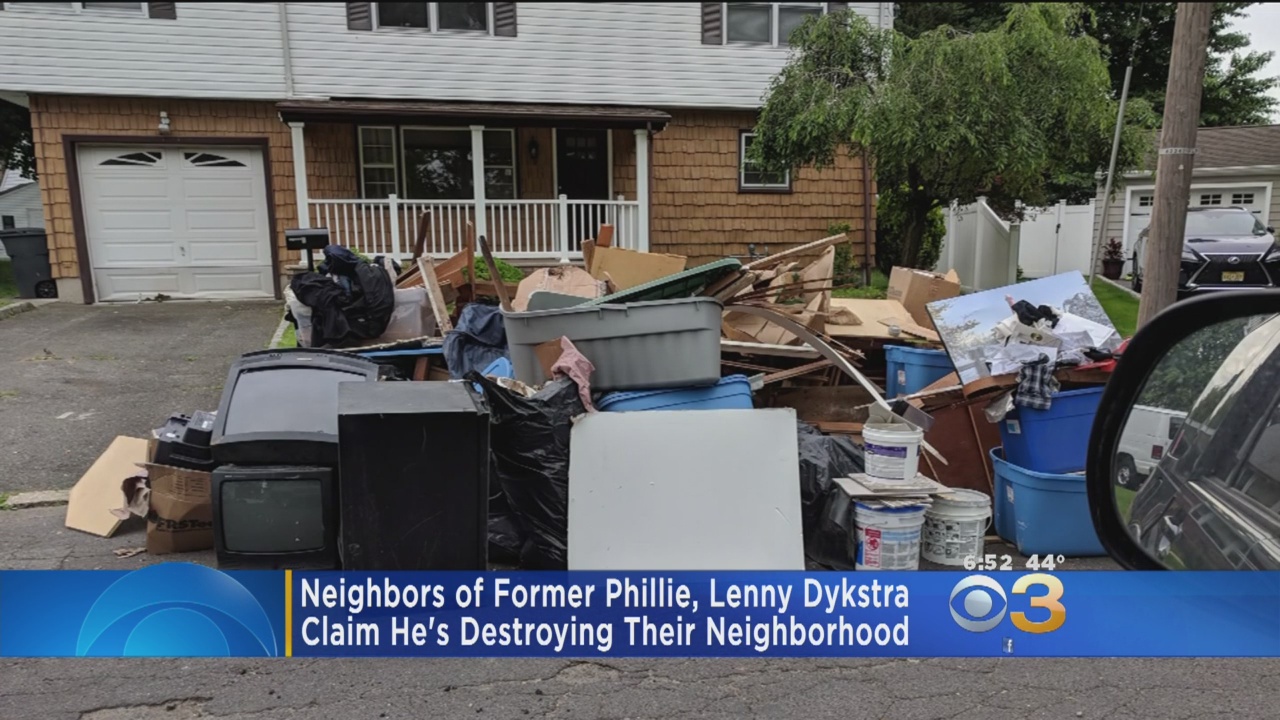 Linden's mayor spoke out, saying he will not tolerate that type of behavior in the community.

Neighbors say they're fed up and want Dykstra gone.

"There's banging going on in the middle of the night, there are cars around the circle like it's a drive-thru drug dealership," said one neighbor. "My wife's afraid to come home."

"We've had a scuffle out on the front lawn... we've had two overdoses," said another neighbor. "I can't believe that there is so much trouble here because of one man."

City officials have issued Dykstra a fine for illegally renting out rooms in his house for $1,000.