LIMERICK TOWNSHIP, Pa. (CBS) -- A car drove into an icy pond in Limerick Township, Montgomery County -- trapping the driver in more than 10 feet of water for more than six hours on Sunday. Amazingly, he survived.

Eyewitness News has been told the driver, who fire officials describe as an elderly man, got lost on a golf cart path and was trapped inside his stalled jeep as the icy water slowly started to sink his vehicle.

"He was on the water and ended up going into the ice," Glen Russell, of the Limerick Fire Department, said. 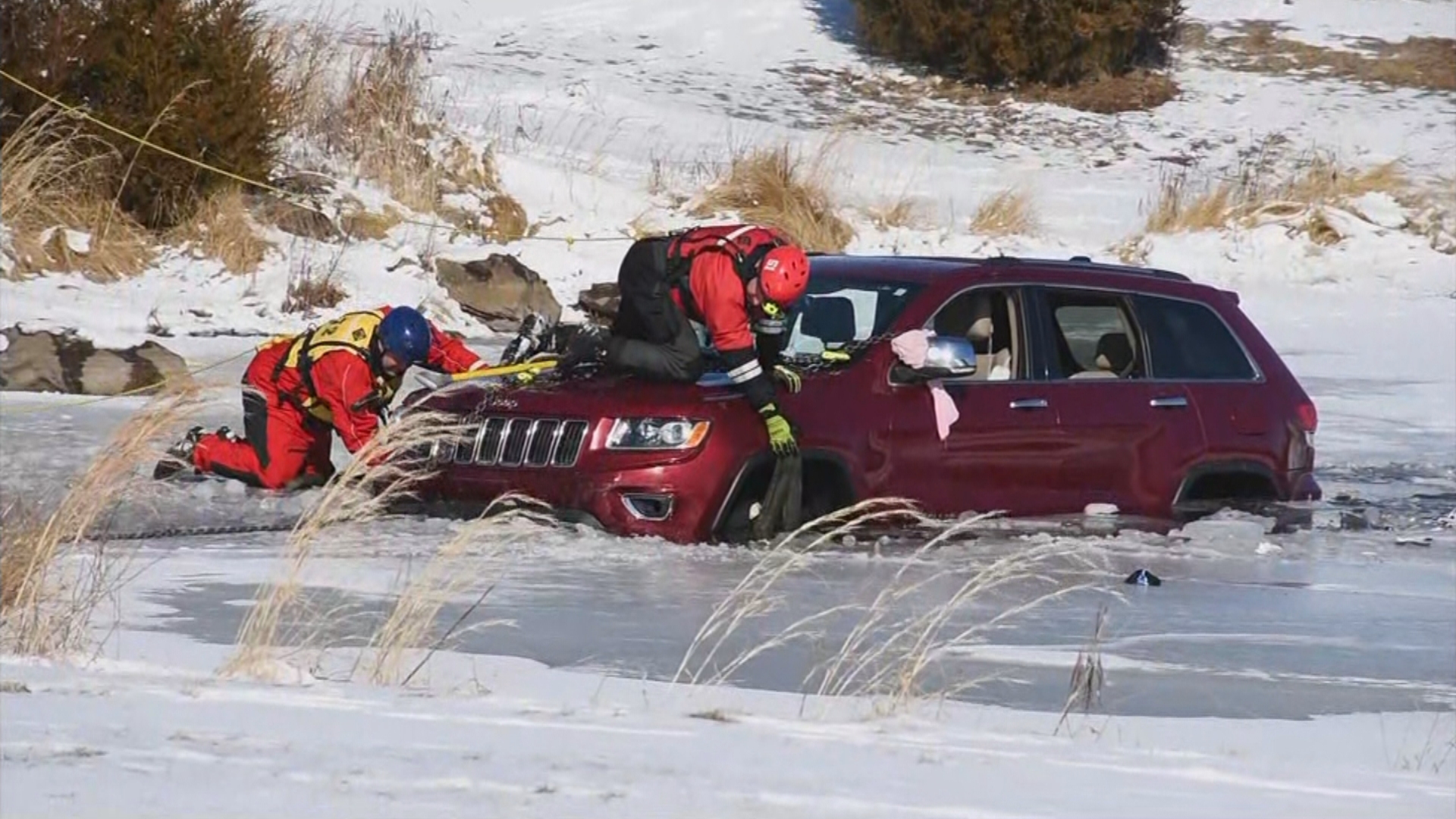 The driver reportedly got lost in the dark around 4:30 a.m. on Sunday. He somehow drove off the path inside the Limerick golf course, down an embankment, and zig-zagged across a football-field-size ice-covered pond in an attempt to reach solid ground.

Eventually, the ice gave way, plunging his vehicle into the waist-deep, frigid water.

"Ended up going into the ice and tried driving out of the ice and ended up getting stuck probably 10-15 short of the embankment to come out," Russell said.

More than six hours later, a neighbor spotted the burgundy jeep and called the police who arrived shortly before noon.

"The police were trying to talk to him from the side of the shore and he was not responsive at all," Russell said.

The driver was unresponsive from hypothermia with overnight air and water temperatures in the teens and single digits.

Officials used boats and a chainsaw to cut through the ice and raced against the clock to pull the jeep out. 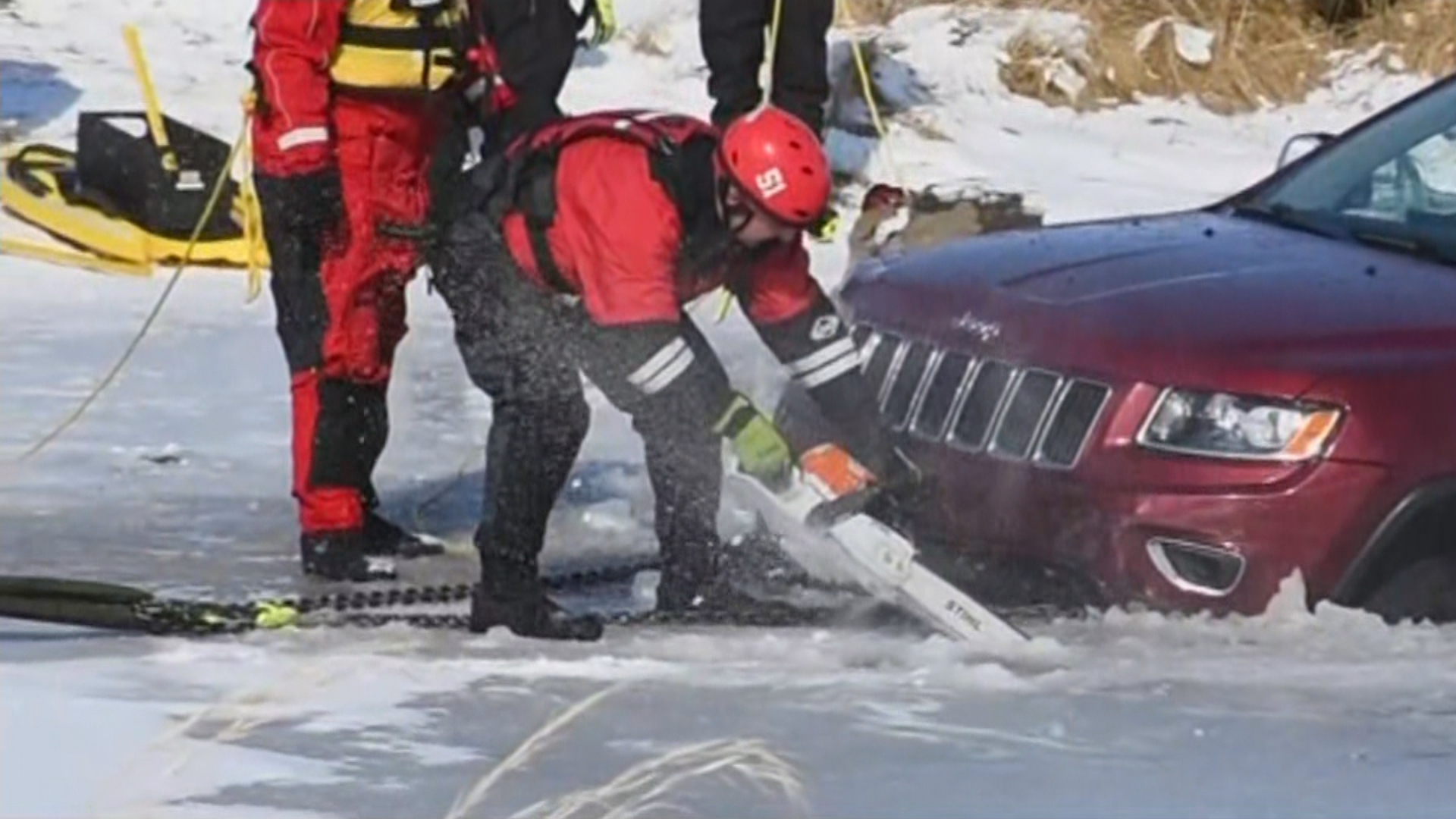 "About 10 feet of water in the back of the jeep," Russell said.

The driver had to be carried out on a stretcher and was taken to West Reading Hospital.

Police have not given an update on the driver or his condition. The driver's car is registered to a Philadelphia address. No one else was injured during the rescue.