NORRISTOWN, Pa. (CBS) – On Wednesday, we heard from Officer Sergio Diggs, who suffered a bullet wound to his head at the Parkway on July 4. And on Thursday, Deputy John Foster, who was also injured in the shoulder by a graze wound, is speaking out.

This is the first time we're hearing from Deputy Foster. He told commissioners at the Montgomery County government complex that he's thankful to be alive.

Montgomery County Commissioners acknowledged Deputy Foster's bravery and strength during their meeting Thursday morning. He's been a deputy with the Montgomery County Sheriff's Office for 17 years and is currently on the bomb squad. 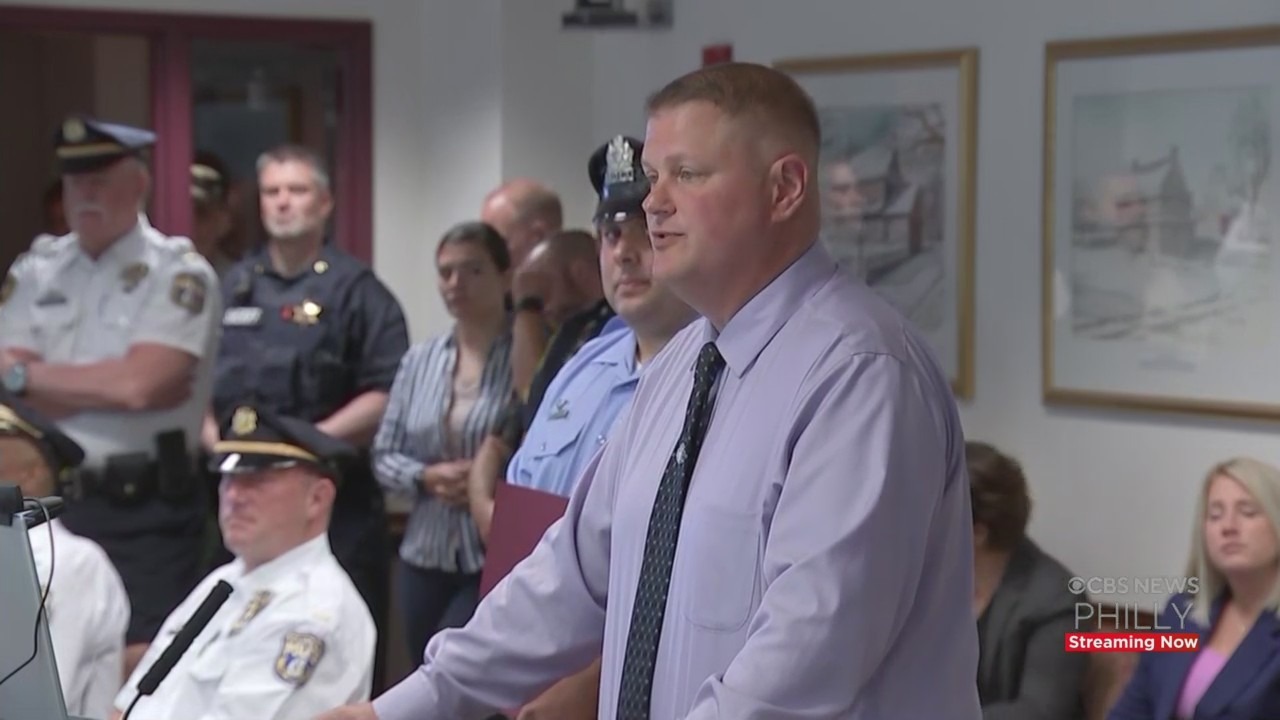 On Thursday morning, Foster told commissioners he is lucky to be alive and he's dealing with a sore arm.

"It was a chaotic scene after a little bit, but... fortunately, myself and Officer Diggs just received minor graze wounds," Deputy Foster said. "We were lucky in that account. We weren't targeted. We were just happy to be in the wrong place in the wrong time, or the right place at the right time, I don't know. Either one, we were fortunate enough to walk away with just a few scratches."

Foster and Diggs were struck by gunfire while working a security detail Monday night during Philly's Fourth of July fireworks festivities on the Ben Franklin Parkway.

Foster was grazed in the shoulder, while Diggs got hit on the forehead.

He says another deputy was with him the entire time and he was able to contact his wife right away.

Police believe the bullets came from up to a mile away.

County commissioners honored Deputy Foster with a coin and proclamation for his bravery and commitment to public service.

"As I said previously, he's one of the nicest guys you'll ever meet," Sheriff Sean Kilkenny said. "He works in our courts division greeting visitors and employees with a smile and kind words."

Deputy Foster said he is grateful for the outpouring of community support.

"I can't say thank you enough to everybody who reached out to me," Foster said. "It's very overwhelming. I cannot possibly answer everybody back, I just can't."

Foster is taking a few days off work to recover.