PHILADELPHIA (CBS) -- James Harden has already gotten a warm welcome in Philadelphia. A billboard appeared Thursday near the sports complex after the Sixers landed him in a deal that sent Ben Simmons to the Brooklyn Nets. 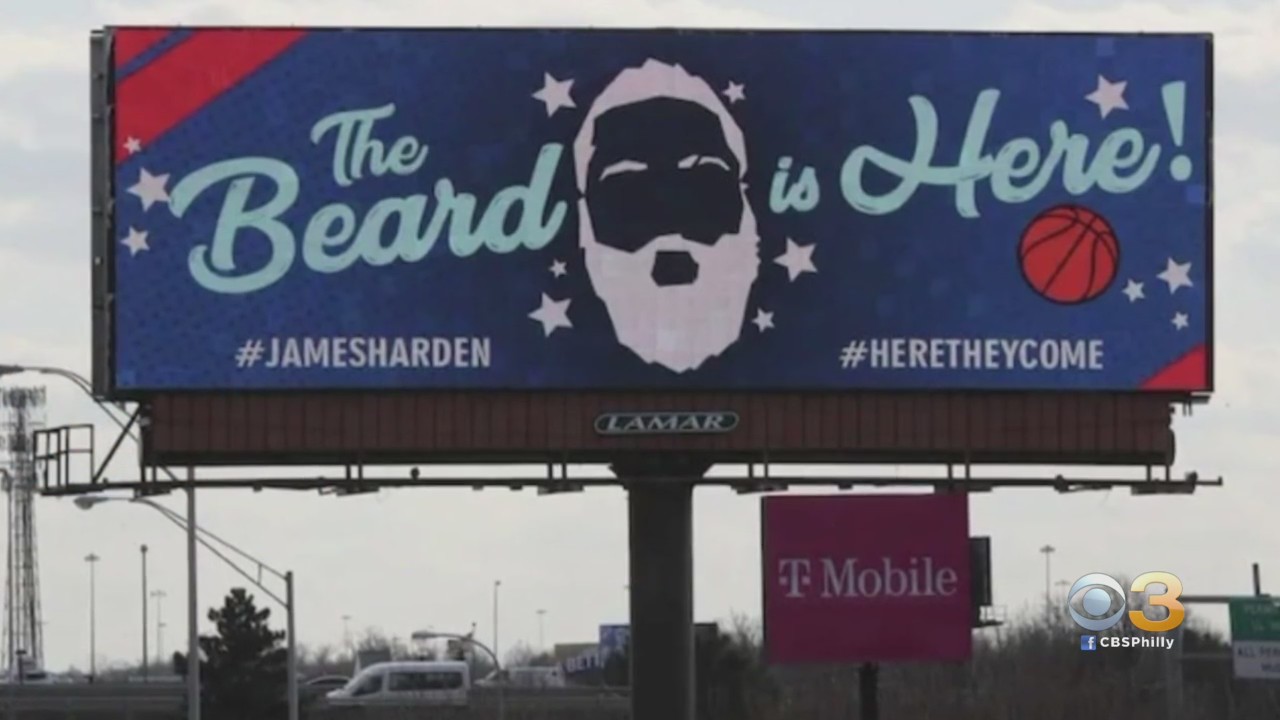 The billboard reads "The Beard is here" with a silhouette of Harden. You can see it along I-95 near Oregon Avenue.

CBS3 broke down why the Harden trade is a slam dunk move for the Sixers, and how it could help them win their first NBA title since 1983.