PHILADELPHIA (CBS) -- Eagles training camp is just 10 days away. There, we'll see if Jalen Hurts is ready to take the next step as a franchise quarterback.

Before that, however, he hosted a football camp for youngsters at Cheltenham High School on Saturday. The Breed of 1 Football Camp was for kids ages 6 to 16. 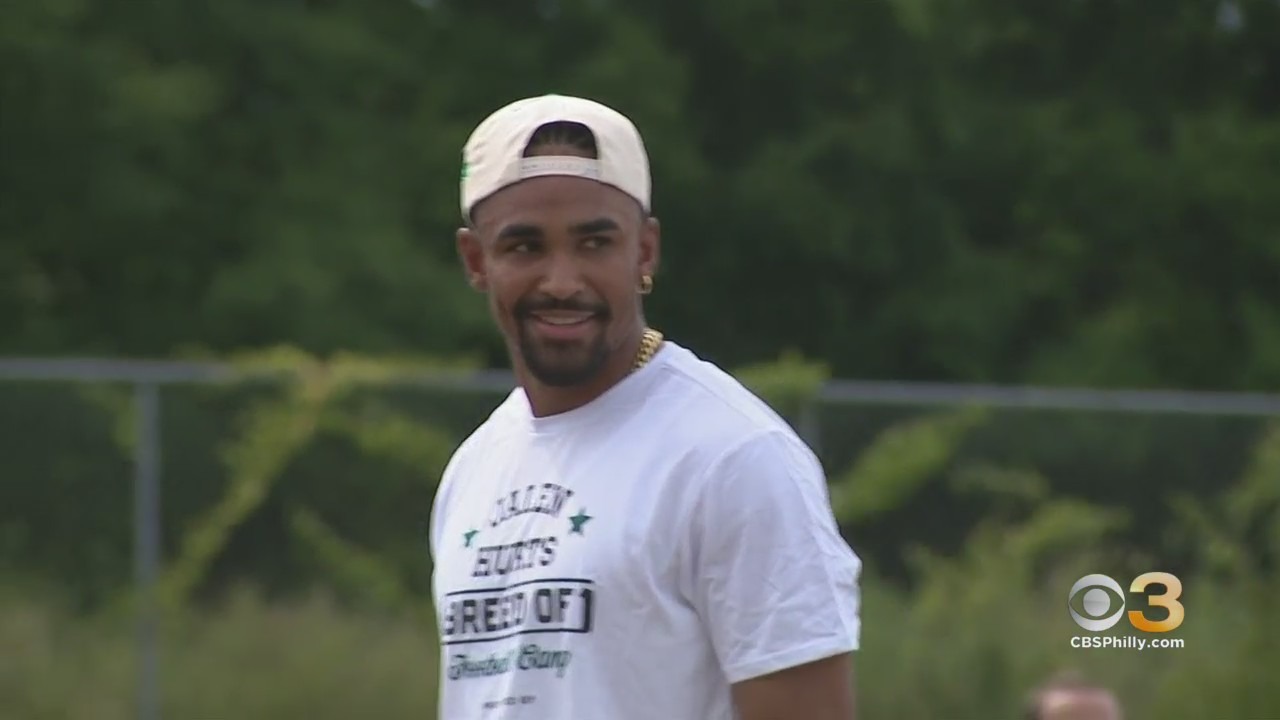 Hurts gave some instruction to the kids. He focused on being a leader and role model, and created memories for the attendees.

"I was thinking about the time I went to a Houston Texans camp and I met Andre Johnson," Hurts said. "Got the opportunity to catch passes with him. That was a very memorable moment for me, so I just want to create that same opportunity for the kids out here today."