PAOLI, Pa. (CBS) -- Some of the biggest snow totals are expected in the suburbs west of Philadelphia. Big and heavy flakes were coming down in Paoli early Wednesday evening.

Snowplows were on hand, laying down salt and waiting for more accumulation before they will begin plowing the area.

PennDOT hit the roads during the afternoon but conditions have worsened throughout the afternoon as a heavy band of snow hit the area.

Eyewitness News caught up with a landscaper with Flowers & More out of West Chester with the "more" meaning they plow and spread salt. They are happy to see this business because it has been nearly two years since they've seen anything like this.

Now they're tending to the sidewalks and parking lots of businesses throughout Chester County.

"The gameplan is to wait for it to accumulate a little bit because right now if we start plowing, we're not really picking up much. So we're just gonna salt, wait for the people to get out of work and then come back and just stay on top of it during the night," said Alex Castellanos with Flowers & More.

Castellanos guesses he won't be home until "maybe 6 o'clock, 7 o'clock in the morning."

Eyewitness News was at Paoli Pike and Route 30 when a couple of work trucks became stuck and were fishtailing in a Wawa parking lot. 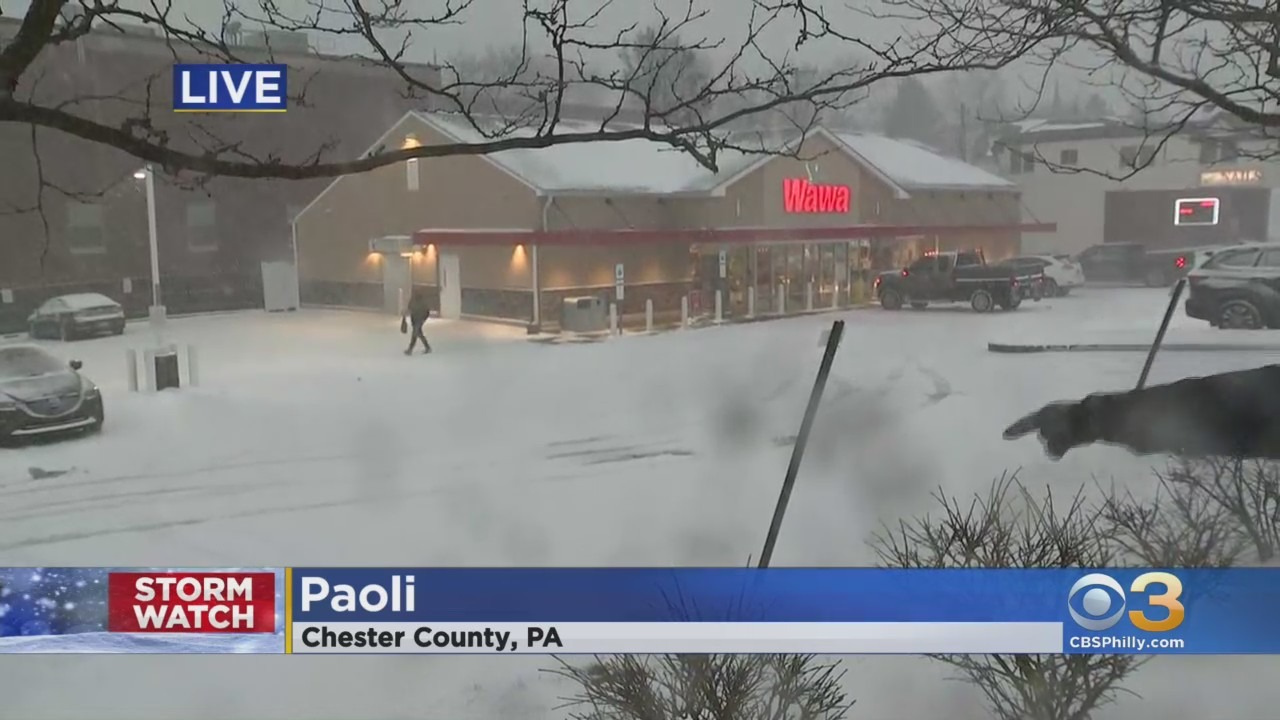 The workers then said they were calling it a day, and that the storm snuck up on them.