Philadelphia, PA (CBS) — The standards were always set high for Garry Cobb. No shortcuts. No breaks. Not even during the summertime growing up as a kid. That's the way it was under Jesse Cobb's roof. You worked, went to school, played sports and did the right thing. It was no-frills, strict parenting for Jesse's seven children.

Young Garry, who blossomed as both an athlete and broadcaster that we know as "GCobb," at times couldn't stand it. Today, he appreciates it. Garry wouldn't want it any other way.

It's how he raised his children, and now his father's message, since adopted by 'G,' is what he's dispensing to NFL rookies today, as an NFL Transition Coach, which is part of the NFL Player Engagement Organization, run by former Eagle Troy Vincent in conjunction with NFL Commissioner Roger Goodell's office.

"What we're doing is helping guys grow as people during their careers and develop their lives outside of football after their careers so they're prepared for real life after it's over; eventually, football is going to end, some of these guys don't get that," said Garry, the third oldest of seven, whose father served in the military, then as a postal worker who maintained a side business as a maintenance worker.

"These guys have to survive after football and it's why it has to be more than just football. Regardless of where you are, there are a lot of people who helped you get here. These young guys get big heads and think no rules apply to them. They forget sometimes who got them there. Eventually when their career is over, all of a sudden, they don't know what they're going to do. I want to help these guys right from the start and talk to them straight about creating a life plan. You have to have an exit plan and let football be the start that gets you ahead. You don't want to fall apart later in your life where that boost ends up hurting you, because you're not prepared. That takes discipline to do that."

It's something Garry learned from his father Jesse—whether he liked it or not. Jesse was a military man who noticed promotions going to high school and college graduates. He developed a deep appreciation toward education. Jesse went back to school himself, earning his high school diploma going to night school.

Jesse Cobb's children were going to college. They had no choice. It's why two of Garry's siblings attended Dartmouth, one his idol, his older brother, James, and why Garry wound up at USC. It's also why Garry Cobb II, Garry's son, is a Stanford and Rutgers Law School graduate and his daughters are also college grads.

"We had no choice, like my children had no choice, they were going to college," Garry says today, laughing. "I grew up in a different time. I remember when my family was moving up from Carthage, North Carolina, where I was born, to Stamford, Connecticut, where I was raised. We made a stop one time and I was a little kid walking to a water fountain in the 1960s. I'll never forget my parents screaming at me, 'No, no, not that water fountain.' I wasn't allowed to drink out of that one.

"That's the time I grew up in. There are certain things you remember and how hard things were. My father stressed education. He bought these encyclopedias when we were kids. After he got home from work, he asked what we read at the dinner table that night. This was during the summer, when we weren't in school. My dad had this side maintenance business and his children were the workers. We would go to school, play sports and clean buildings. You learn discipline." 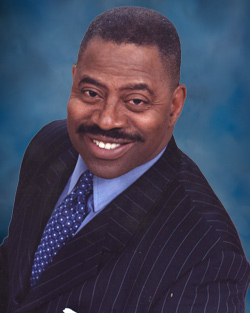 Cobb embraced that discipline to earn a football scholarship to USC, where he played both baseball and football for the Trojans. Not an easy thing to do at a major Pac-10 school. He was the USC Bo Jackson. But his aspirations of possibly being Bo Jackson before Bo Jackson changed when John McKay left the Trojans to take over the expansion Tampa Bay Buccaneers and new USC coach John Robinson told Cobb he better get his butt to spring practice. That ended baseball.

"I've always enjoyed speaking to young people and it's great being part of the NFL family with this project," said Cobb, who played 11 years in the NFL, six in Detroit, three with the Eagles and the last two years in Dallas. "I really do think Commissioner Goodell's heart is in the right place. He's doing a lot of good things, because guys really do need to prepare for life after football. Guys get injuries that end their careers and they have to reinvent themselves. Goodell is allowing us to help these guys.

"I know what it's like. You go into a state of mourning after you're released; you beat yourself up. You achieved something very few people rarely achieved, you played in the NFL. You can't feel sorry for yourself because it's over. Some guys do. They need to be pushed. If you can play football and use those abilities and ingredients and apply them to other areas of your life, you'll be successful there, too."

They have a fine example in Cobb.

Joseph Santoliquito is a contributing sports blogger for CBS Philly.