TULLYTOWN, Pa. (CBS) — A 2-year-old boy was killed in a multi-car accident on Tuesday after police say his father crashed his car while fleeing from a Walmart theft.

Authorities say the suspect, Christopher Kuhn, of Hamilton, New Jersey, fled in a gold Jeep following a theft of $228 worth of merchandise from Walmart. 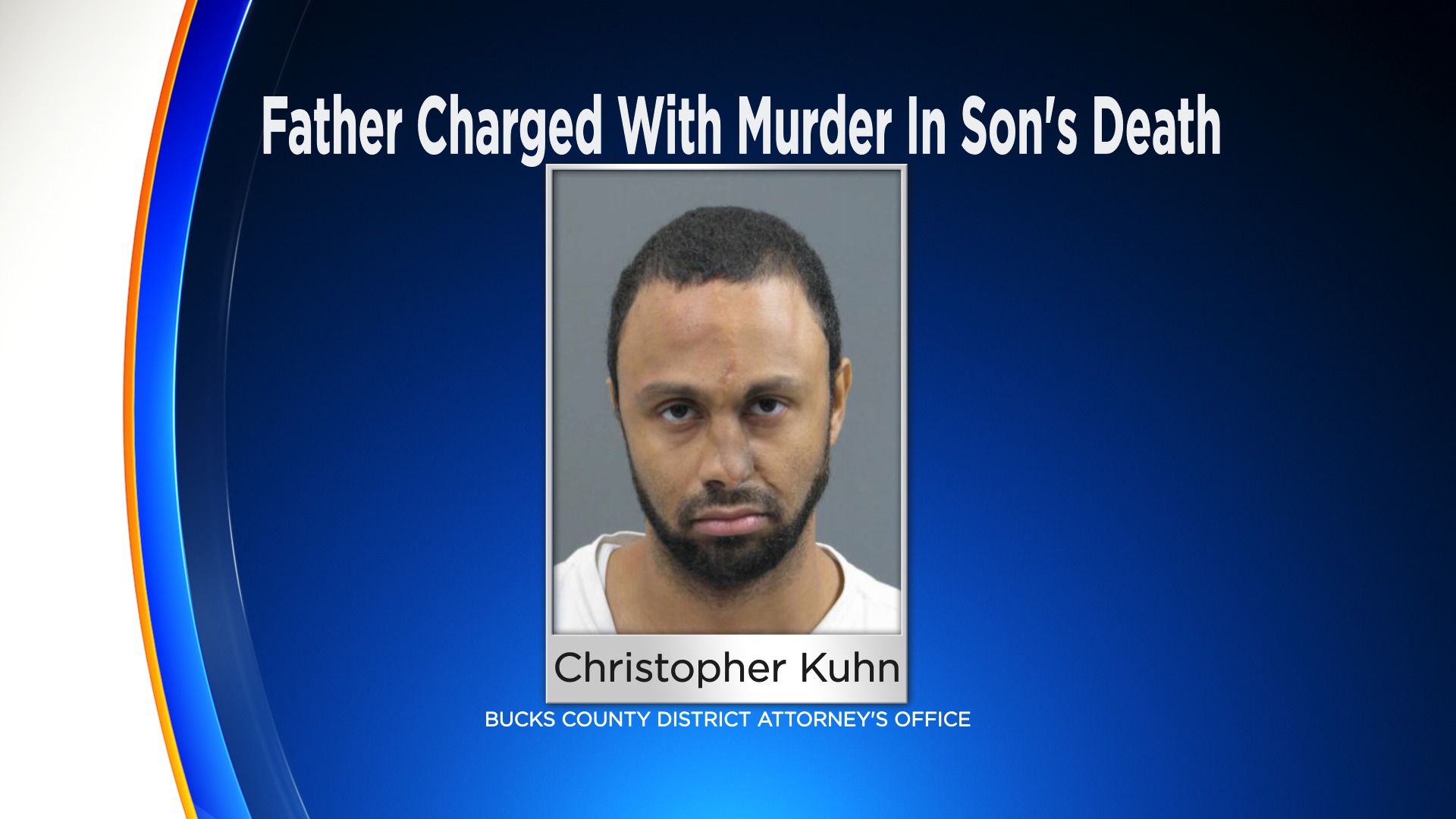 According to investigators, Kuhn ran a red light, t-boned another car, which then crashed into a third vehicle at Levittown Parkway and Bristol Pike. The young boy, who was in the car, was ejected into the roadway.

Kuhn ran away after the crash, police said, pausing to look at his injured son on the roadway before fleeing. Officers ran after Kuhn, catching and arresting him, while others tended to the toddler, the affidavit said.

The boy was taken to Lower Bucks Hospital, where he was pronounced dead. No one else suffered serious injuries in the accident.

According to the Bucks County District's Attorney's Office, by the time police arrived at the Walmart, Kuhn had gotten in his Jeep and was driving away. A witness told officers that the suspect had let the child climb into the SUV while he covered the vehicle's license plate with a sweatshirt.

Kuhn is being charged with third-degree murder, homicide by vehicle, accidents involving death or injury while not properly licensed, retail theft, endangering the welfare of children, recklessly endangering another person, reckless driving, driving on a suspended license and running a red light.

He is currently being held on $5 million cash bail.

Anyone who may have witnessed the accident is asked to contact Tullytown Police Department at 215-945-0999.