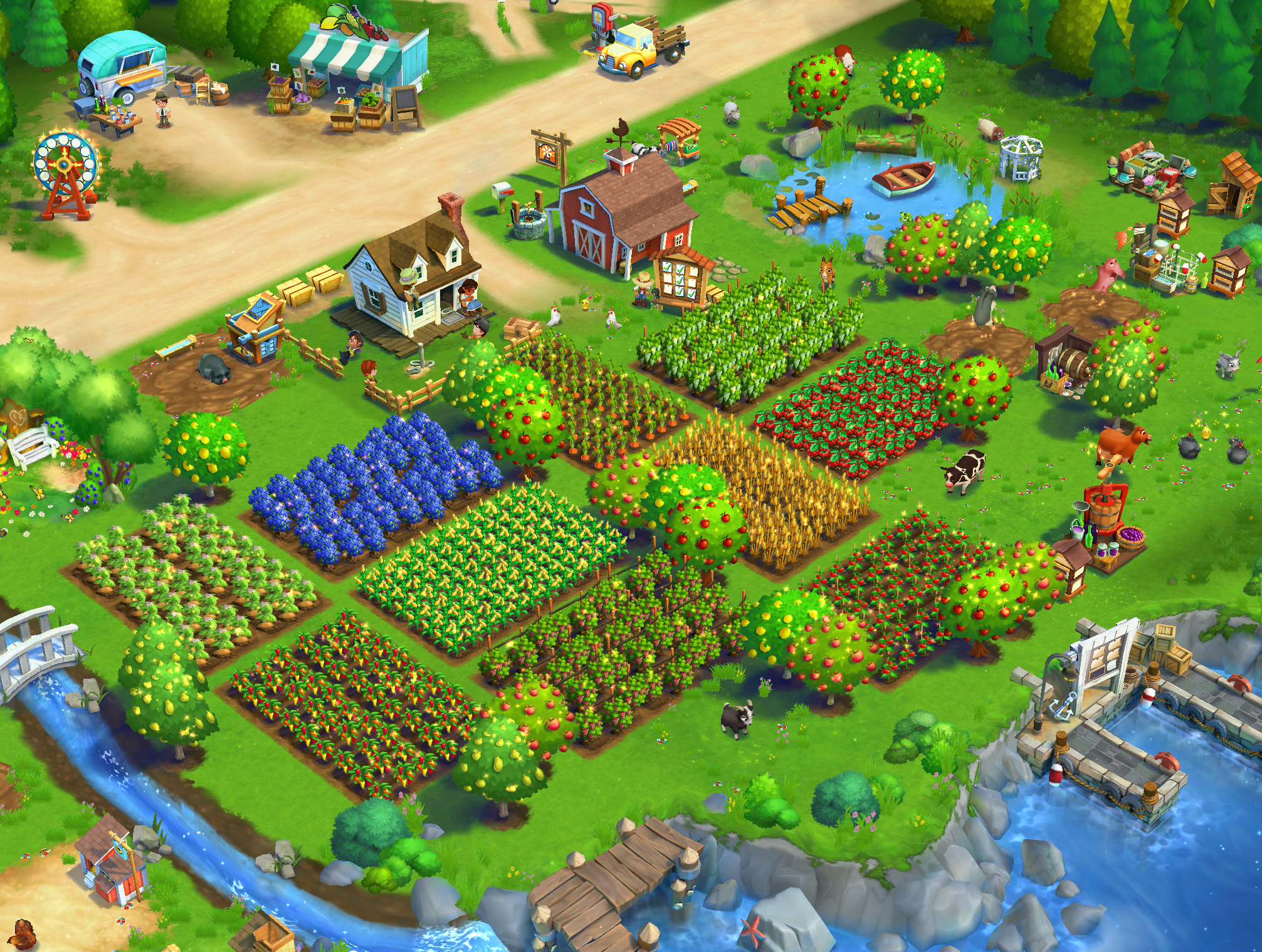 "FarmVille" fans will finally be able to harvest their crops on the go. Zynga is launching its first built-for-mobile version of its popular game franchise -- "FarmVille 2: Country Escape."

The game continues the "FarmVille" legacy, but has been reimagined for the mobile experience. The game features a farm, mini games and a social component. But gamers don't need friends to play the game.

"FarmVille" is a farming simulation game launched on Facebook in June 2009. In the game, users can carry out farming duties, like planting seeds, harvesting crops and caring for livestock.

The new game is designed so that players have a choice of whether or not to connect to Facebook. If they do, the two games are connected through a truck that travels between the farms to share supplies. It's also designed to synchronization between mobile devices for a seamless gaming experience.

"We wanted the mechanics to suite that mobile lifestyle -- tapping and swiping, switching between mobile devices," Jonathan Knight, vice president of games at Zynga, told CBS News over the phone.

The game has already been tested in several markets like Australia, New Zealand and Canada. Thursday marks the game's official international launch.

LulzSec vs the world: Hackers just having fun?

At its peak, "FarmVille" was one of the most popular games on Facebook with 32 million players per day. Zynga's took a tumble in 2012 when user began to migrate from Web games on Facebook to smartphones. The two companies announced it would end its partnership in November 2012, allowing Facebook to develop its own games -- which was previously prohibited.

Zynga has yet to develop a native mobile game since its inception. A misstep the company is seeking to remedy.

"Did the company miss a beat with the transition to mobile? Absolutely. Are we fixing that? Yes, we are," CEO Don Mattrick told Reuters in March.

However, Knight points out that the original "FarmVille" had a mobile app, but it wasn't built from the ground up for the mobile experience. He says company took its time to get develop mobile games because it wanted to understand its players and get the approach right.

"We have this huge and active following on Facebook, and they've been asking us for a mobile version for some time," Knight said. "We've been thoughtful about approaching that and didn't want to rush, given complexities about our audience -- it wasn't about speed it was about getting it right."

Morgan Stanley upgraded Zynga from Underweight to Equal-weight earlier this month. Morgan Stanley analyst John Egbert said in a note the upgrade is largely due to the release of "FarmVille 2: Country Escape," the website Benzinga.com reports.