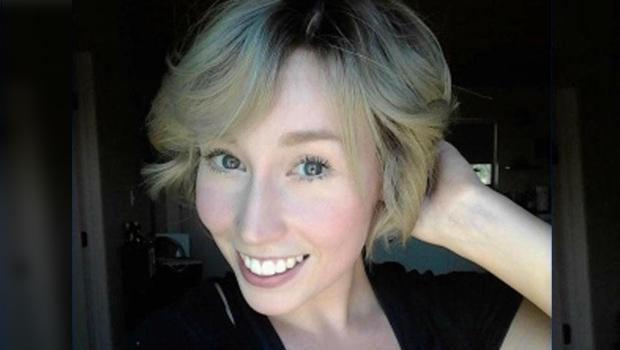 ALPINE, Texas -- What a man says was supposed to be a romantic dinner and back massage with his girlfriend led to an argument and ended with the woman missing and later found dead, according to police affidavits released Tuesday.

Among the evidence outlined in the documents were the purchase of three large plastic sheets usually used by painters as drop cloths. Sheets similar to those bought at an Alpine variety store were found with human remains found scattered around a shallow grave in the wilderness outside Alpine in West Texas Friday.

Analysis of dental records confirmed that the remains were those of Zuzu Verk, a 21-year-old Sul Ross State University student from the Fort Worth, Texas, suburb of Keller.

Verk’s 22-year-old boyfriend Robert Fabian and Fabian’s 28-year-old friend Chris Estrada are charged with second-degree felony evidence tampering by concealment of a corpse. Fabian remained in Brewster County’s jail in Alpine on Tuesday with bond set at $500,000. Estrada, who was arrested in Arizona on a similar corpse concealment charge, waived extradition Tuesday and is being returned to Texas.

According to the search warrant affidavits released Tuesday by the Alpine Police Department, Fabian told investigators that he had invited Verk to his Alpine apartment the night of Oct. 11 for a romantic dinner and a back rub. He said they had a heated argument over comments he made about an ex-girlfriend, and that he escorted Verk to the front door between 2 a.m. and 3 a.m. Oct. 12. However, when later confronted with a neighbor’s statement that Fabian had left his apartment early the morning of Oct. 12, Fabian said he left Verk at his apartment about 3 a.m. to drive to a Dairy Queen to ponder the future of their relationship. He said he returned to his apartment, escorted her out and watched her leave.

Meanwhile, neighbors who live in an apartment below Fabian’s reported hearing the argument between him and Verk.

They noted that Fabian played a movie very loudly on his television between 1 a.m. and 2 a.m. Oct. 12. The neighbor woke up again later and told investigators he heard Fabian walking around his apartment with the shower running, KOSA reports.

Around 4 a.m., the neighbor said he was awoken by his girlfriend, who said she heard a loud noice and thought their apartment was being broken in to. When he went to investigate, he said he saw Fabian leave alone in his Jeep and was still gone as of 10:30 a.m., while Verk’s car remained parked outside the apartment.

The neighbor told police he saw a mattress cover belonging to Fabian in the dryer and clothing of Fabian’s in the washing machine, KOSA reports.

Estrada told investigators that he drove Fabian to an Alpine variety store the evening of Oct. 12 and let Fabian use his credit card to buy plastic drop cloths. Electronic data from his remote computer showed Estrada was at Fabian’s apartment from 10:40 p.m. to 12 a.m.

After the disappearance, Fabian spent his nights on his sister’s couch instead of at his apartment, something friends found odd, according to the affidavits. One friend quoted him as saying after news of Verk’s disappearance became public, “If I know a really big secret and two people know it, then the other has to be dead.” Seeing the statement frightened the friend; Fabian then said he was only joking, according to an affidavit.

On Friday, a Border Patrol agent found Verk’s remains in and around a shallow grave, along with plastic drop cloths, near Alpine, about 200 miles southeast of El Paso. A cause of death was pending Tuesday for Verk. That same day, investigators serving a search warrant confiscated digging tools and soil samples from the home of Fabian’s sister.

“We’ll lay her to rest and then, then we go after the consequences that need to be met,” Lori Verk said. “How dare anyone do this?”