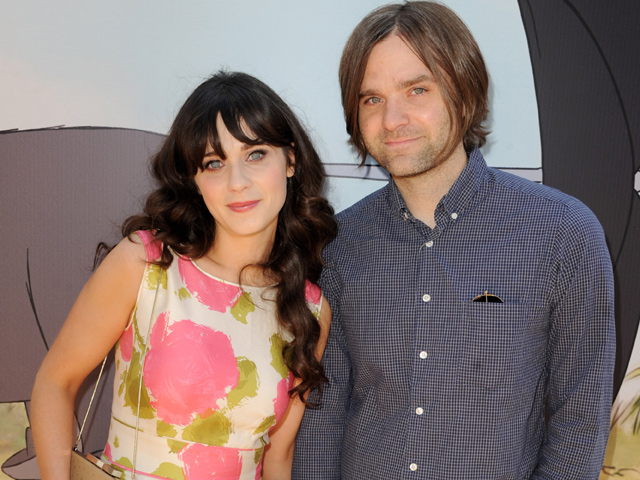 (CBS) Actress and singer Zooey Deschanel , the star of FOX's fall TV comedy "New Girl," has separated from her husband of two years, the lead singer of the band Death Cab for Cutie and The Postal Service, Ben Gibbard.

Pictures: SplitsPictures: They're With The Band

The 31-year-old Deschanel, who is also in the band She & Him, and 35-year-old Gibbard were introduced three years ago by their mutual music manager, then got married in September 2009 near Seattle, Wash., reports the Los Angeles Times.

In Deschanel's New York Magazine September cover story, Gibbard said when their manager introduced the two, "I was just awestruck that she was even talking to me."

According to Us Weekly, which originally reported the split, the decision "was mutual and amicable."

Despite the split the "(500) Days of Summer" star is keeping busy. Her new TV show was picked up for a full season, according to the LA Times. And her band, She & Him, also released a Christmas album, "A Very She & Him Christmas" in October.