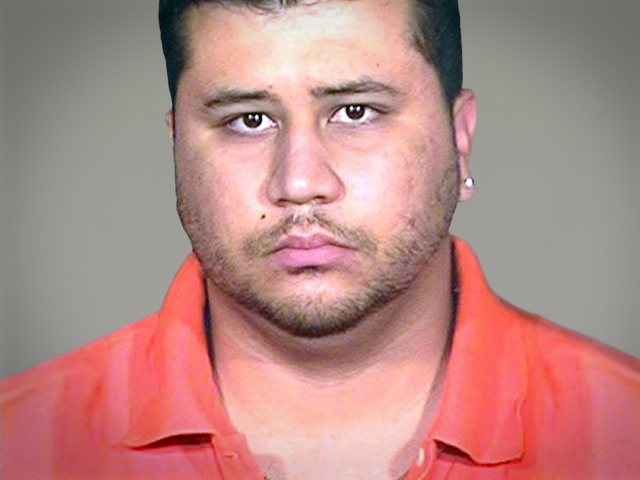 State Attorney Angela Corey is scheduled to hold a news conference at 6 p.m. Wednesday at the state attorney's office in Jacksonville, Florida related to the Martin investigation.

According to a senior law enforcement official, Corey is expected to announce that Zimmerman will face state charges. The number or nature of the charges was not immediately known.

The Martin family and their attorney, Ben Crump, renewed their pleas for calm as the hour approached.

"We don't need anybody taking these matters into their own hands," Crump said.

Martin's mother, Sybrina Fulton, tells The Associated Press that right now she and Martin's father "can't get past our son being murdered and no one being arrested." His father, Tracy Martin, says it will be very important to also get a conviction.

Their comments follow news that charges will be filed against Zimmerman.

The law enforcement official said that authorities knew where Zimmerman was and were planning to arrest him soon rather than let him turn himself in. The official said he was not in Florida.

Zimmerman's shooting of the unarmed black teenager Feb. 26 brought demands from black leaders for his arrest and set off a furious nationwide debate over race and self-defense that reached all the way to the White House.

The 28-year-old Zimmerman, whose father is white and whose mother is Hispanic, said the teenager attacked him. Martin's family argued Zimmerman was the aggressor.

On Tuesday, Zimmerman's lawyers announced they were withdrawing from the case because they hadn't heard from him since Sunday and didn't know where he was. They portrayed his mental state as fragile.

"He is largely alone. You might even say he is emotionally crippled by virtue of the pressure of this case," said one of the lawyers, Hal Uhrig.

The case has drawn the interest of the highest levels of the Obama administration, with the Justice Department's civil rights division opening its own investigation.

Zimmerman's arrest was delayed partly because of Florida's "stand your ground" law, which gives people wide leeway to use deadly force without having to retreat in the face of danger. Florida is among 21 states with such a law.

Tensions have risen in recent days in Sanford. Someone shot up an unoccupied police car Tuesday as it sat outside the neighborhood where Martin was killed. And a demonstration by college students closed the town's police station Monday.

Six weeks ago, Martin was returning to the home of his father's fiancee from a convenience store when Zimmerman started following him. Zimmerman told police dispatchers he looked suspicious. At some point, the two got into a fight and Zimmerman used his gun.

Zimmerman told police Martin attacked him after he had given up chasing the teenager and was returning to his truck. He told detectives that Martin knocked him to the ground and began slamming his head on the sidewalk. Zimmerman's father said that Martin threatened to kill his son and that Zimmerman suffered a broken nose.

A video taken about 40 minutes after the shooting as Zimmerman arrived at the Sanford police station showed him walking unassisted without difficulty. There were no plainly visible bandages or blood on his clothing, but Zimmerman may have had a small wound on the back of his head.

The shooting ignited resentment toward the police department, and Police Chief Bill Lee temporarily stepped down to let passions cool.

Civil rights groups and others have held rallies around the country, saying the shooting was unjustified. Many of the protesters wore the same type of hooded sweatshirt that Martin had on that day, suggesting his appearance and race had something to do with his killing.

President Barack Obama injected himself into the debate, urging Americans to "do some soul-searching." "If I had a son, he'd look like Trayvon," Obama said March 23.

The local prosecutor disqualified himself from the case, and Gov. Rick Scott appointed Corey, the prosecutor for Jacksonville, to take it over.