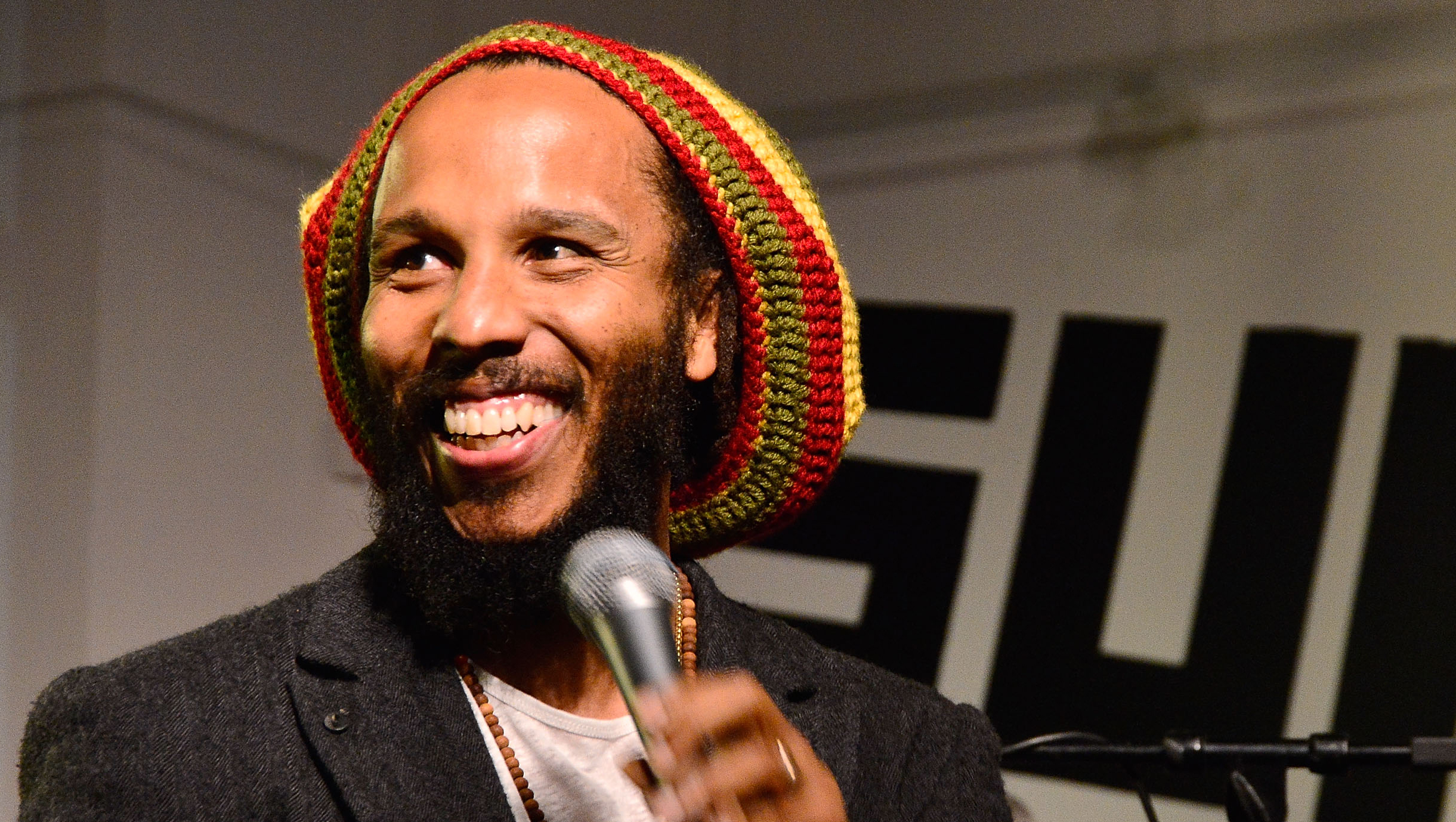 Ziggy Marley has his eyes both on the past and the future. The rest is just "Fly Rasta."

The 45-year-old reggae star, whose fifth studio solo album arrives Tuesday, says he's aiming to "push" his music "into the future" by trying out different musical instruments and arrangements. It all comes through on "Fly Rasta," Marley's new album about "overcoming obstacles."

The album, released via Tuff Gong Worldwide, was co-produced by Marley and features The Melody Makers, including Cedella Marley, Sharon Marley and Rica Newell.

One of the stand-out tracks on the set, "I Don't Want to Live On Mars," is a love song -- but not just any love song. "People get different ideas from it when they listen to it...But it's a love song to the Earth and I'm saying, 'I don't want to live on Mars. I want to take care of here. I love this place. I love this planet.'"

Marley, whose Melody Makers song "Tomorrow People" hit the charts in 1988, said he's eager to get the new music out to fans. "People love reggae. It never has the commercial success...it doesn't get the recognition that we would love for it to get. But people love it," he said.

Although Marley -- son of the late legendary Bob Marley -- is focused on taking his music into the future, he does pay tribute to his past as he helps preserve his father's memory and music. A couple of his father's classic tracks appear on Marley's 2013 live set, which scored best reggae album at this year's Grammy Awards.

"We did a children's album with my father's music where I went in and re-recorded and had his voice added for kids," said Marley, who also served as producer on a new remix release of his dad's "Legend" album, contributing his remixing skills to "Stir it Up" and "Redemption Song."

The six-time Grammy winner said he remains conscious of keeping his father's legacy "in a place that's very respectful and not over-commercialized."

Looking ahead, Marley has plenty of TV appearances coming up, including a visit to the "Late Show with David Letterman" on April 29. He's also set to perform at a few music festivals this summer, including Firefly, Summerfest and Floydfest.

"Our main focus is bringing consciousness, awareness of love. Of a better way to exist as a human family," he said. "I think that's the main foundation of it all."

For more on Marley, check out our sit-down interview with him above.