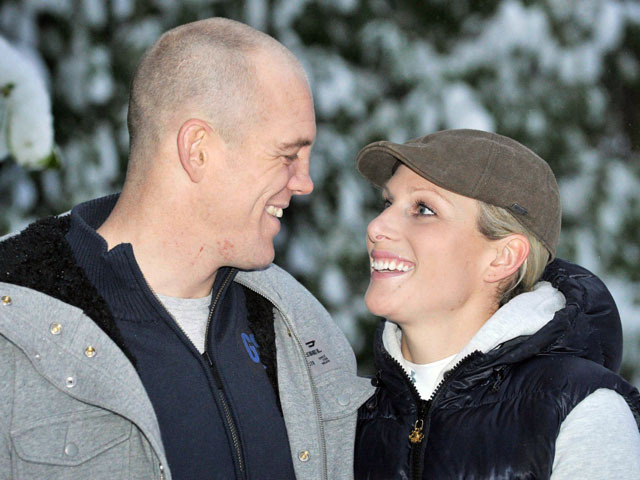 "The Queen and the Duke of Edinburgh are delighted with the news," the palace said in a statement. "They got engaged yesterday evening at the couple's home in Gloucestershire."

No wedding date has been set yet.

According to People magazine, Zara's engagement ring is described as a single solitaire diamond with pave set diamonds on a split shank, set on a platinum band.

Phillips, 29, has won medals in world equestrian championships and was once voted BBC sports personality of the year.

Tindall, 32, has played ruby for the English national team and was a member of the squad that won the 2003 World Cup. He now plays for the Gloucester club.

Phillips, the daughter of Princess Anne, is 12th in line to the throne. She is close friends with her cousin Prince William, who plans to marry Kate  Middleton at Westminster Abbey on April 29. Their engagement was announced last month.